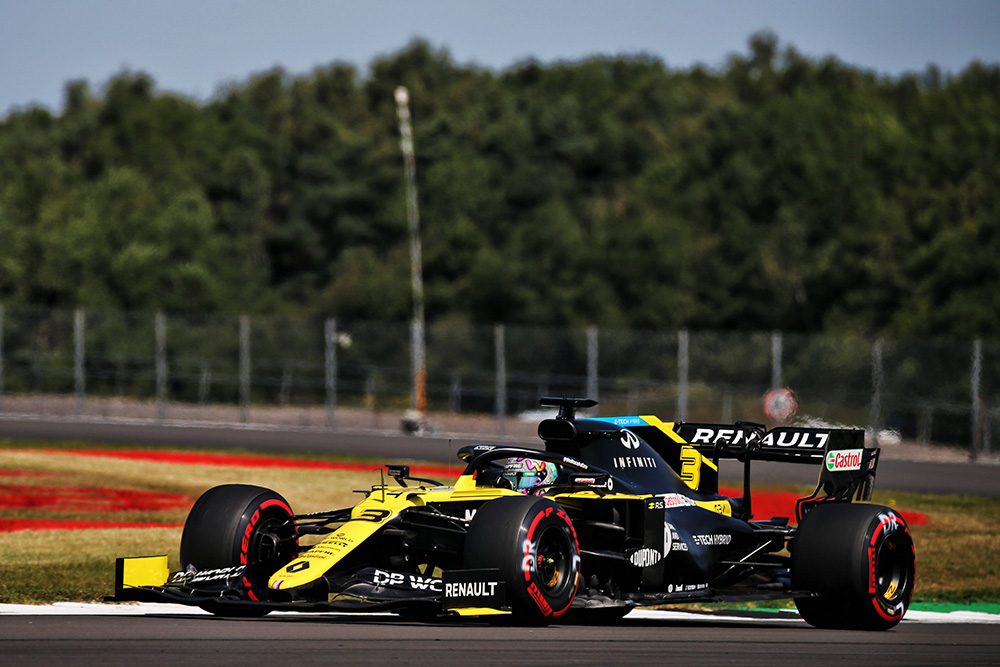 Renault DP World F1 Team will line-up inside the top five for tomorrow’s Emirates 70th Anniversary Grand Prix after Daniel Ricciardo produced a strong qualifying session, which knocked on the door of the top three. Esteban Ocon was just over a tenth adrift of a place inside the top ten.

After a routine FP3, both drivers entered qualifying targeting Q3 and a solid starting position for tomorrow’s 52-lap race.

Esteban required two runs in Q1 on Soft tyres to advance with Daniel comfortably through despite missing out on his second run after taking the chequered flag early.

Both drivers completed their Q2 runs on Medium tyres – the best starting compound for the race – with Daniel in third place after his first run and Esteban in ninth.

After the second run, Esteban was 0.126secs adrift of tenth place with Daniel opting to remain in the garage after his first lap-time put him above the predicted cut off.

Like in Q2, Daniel was showing genuine top five pace with his first Q3 outing putting him a comfortable third place with only both Mercedes cars ahead of him.

But others were able to find small improvements and Daniel was pipped for the top three by 0.2secs, as he settled for a slot on the third row on the grid for tomorrow’s race.

After the session, Esteban was given a three-place grid penalty for an incident with George Russell in Q1.

Daniel Ricciardo, #3, R.S.20-01, Q: P5, 1:26.297, FP3: P14, 1:27.815
“I think fifth place is an awesome result for us and I’m very happy with that. I knew my lap was pretty good, I really was on the limit with the car and I got pretty much all I could from it today. I don’t have any regrets, or any feeling of a missed opportunity and we’ve put ourselves right up there for the race. We had the Medium working really well and I’m happy with that. Tomorrow’s race will be interesting and there will be a mixture of strategies. We know we have a good race car, we just needed to qualify better to give ourselves an even better chance on a Sunday. I’ll do my best tomorrow and give it all I have.”

Esteban Ocon, #31, R.S.20-04, Q: P11*, 1:27.011, FP3: P9, 1:27.496
“It’s a disappointing session overall as I felt my lap in Q2 was pretty good. The gap to Daniel was clearly big in that session so we need to investigate why. It could be something we just didn’t understand entirely on the car after yesterday. The car felt very capable today with a bit more in hand. I just couldn’t carry the speed when I needed to. We also have the incident with George [Russell]. It was no one on track’s fault, but it’s something we should have managed better. Last week’s race was good, we had the pace, so hopefully that will be the case tomorrow.”

Alan Permane, Sporting Director:
“Obviously, we’re left with mixed emotions today with our cars quite far apart. We’re very happy for Daniel, he did a great job all the way through to Q3. He made some set-up changes yesterday that were different to last weekend, and it really improved the car. For Esteban we didn’t do a good enough job for him, he was struggling with rear end grip and obviously has the penalty from impeding George [Russell] in qualifying. We look forward to tomorrow and our focus is on scoring solid points with both cars.”