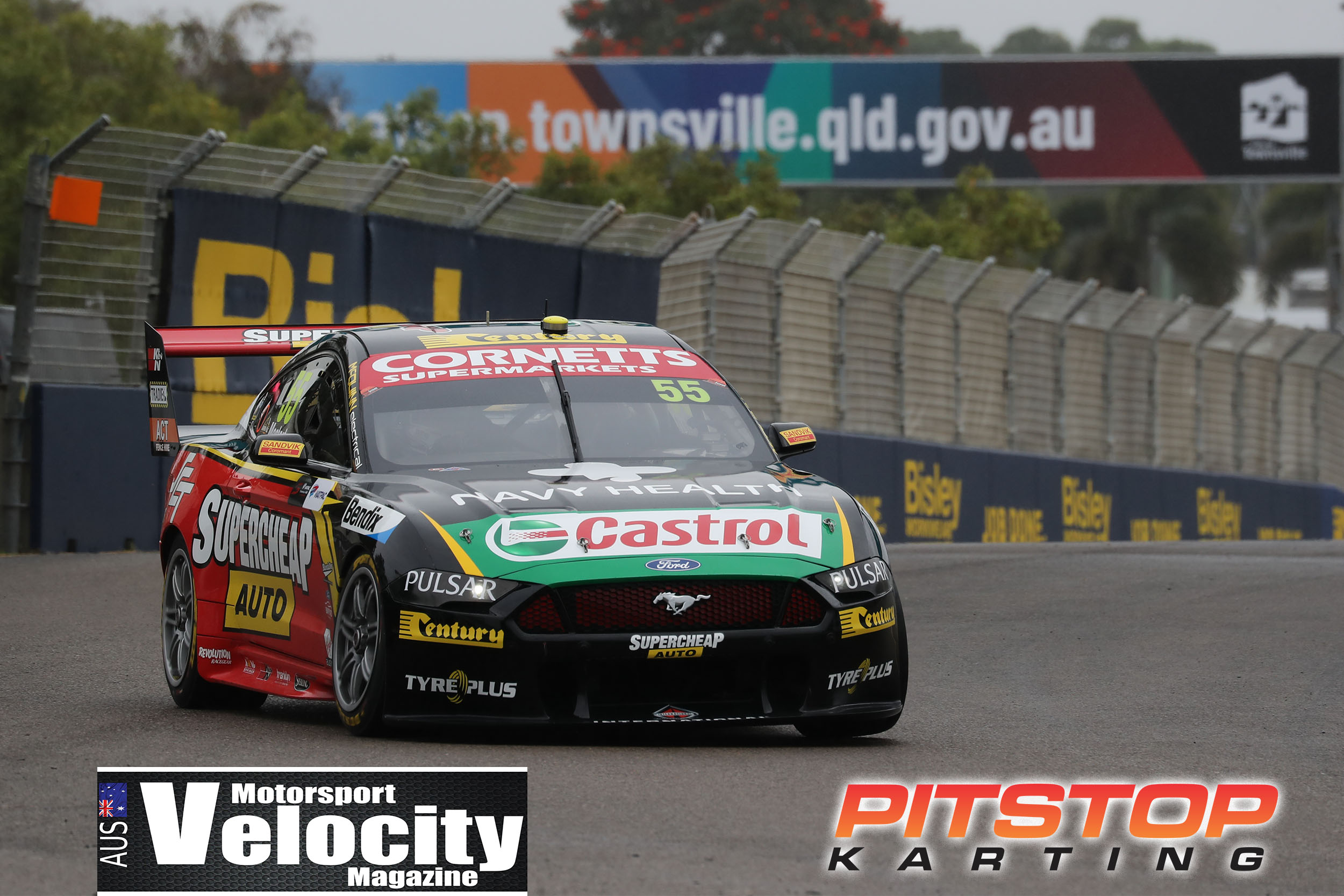 The 2020 trend of holding consecutive events at a location will continue through to Townsville, which will host its first Supercars doubleheader in just a matter of weeks.

The north Queensland city will become the third straight destination to do so, following two rounds at Sydney Motorsport Park and the upcoming BetEasy Darwin Triple Crown and CoreStaff Darwin SuperSprint events.

As had been scheduled, the first meeting on the streets of Reid Park will take place across August 29-30, known as the NTI Townsville SuperSprint.

The second – an official title for which is to be confirmed – will be held the following weekend on September 5-6.

Fans will be permitted to attend both weekends, although all tickets must be pre-purchased.

In a win for fans, kids under 12 will get in free, with single-day tickets $35 and a special price of $110 for a four-day ticket for those wanting to make the most of the double dose of events in town.

In line with COVID-19 regulations, there will be no concerts this year. The Townsville events will feature fan-favourite merchandise stalls around the circuit and support categories will be in action at both weekends.

For the first time since 2014, fans in Townsville will be able to watch three Supercars races over two days – with that format running at both events.

“We’d like to thank the Queensland Government and Townsville City Council for supporting this concept which allows Supercars to race at one of our favourite circuits on back-to-back weekends,” Supercars CEO Sean Seamer said.

“Two weeks of racing in Townsville allows us to maximise exposure and competition during the key northern leg of this year’s championship.”

“Supercars would like to thank drivers, officials, team personnel and their families for their continued support of this year’s championship during these times.”

The August 29-30 event in Townsville will be broadcast on Foxtel and 10 HD and streamed on Kayo. The September 5-6 round will be live and ad-free on Fox Sports and Kayo. Broadcast times will be released in the coming days.

Tickets for both weekends are limited and will be on sale from Friday 11am through Ticketek.

Three support categories have been confirmed to feature across two weekends of racing in Townsville as part of the Virgin Australia Supercars Championship doubleheader in north Queensland.

The opening weekend on August 29-30 will feature the North Queensland Supersprinters category – made up of local competitors – and the Townsville Tin Tops powered by motorsportsales.com.au.

Motorsport identity Nathan Cayzer said the Townsville Tin Tops will run exhibition races on both days of the action, showcasing various cars to an international audience.

“It’s about getting motorsport back out on track both for drivers and fans alike – and at all levels, not just the main game,” Cayzer said.

“We all know things are tough across the board at the moment, and I’m sure you all agree, like we did with Supercars, that any chance we can get to allow the motorsport community to get their engines running again, especially around one of Australia’s best street circuits at Townsville, is an opportunity not to be missed.

“So, we thought outside the box … I mean really, who isn’t going to love seeing Porsche, Super3, MARC cars, sports sedans and V8 Touring cars hitting the track together.”

The NQ Supersprinters will give local drivers a once in a lifetime opportunity to race on their own street circuit, in front of a live television audience.

“Townsville and its outer community have a number of motorsport enthusiasts and for Supercars to be able to give a number of guys the chance to get racing again around their local street circuit is just awesome,” Cayzer said.

“I’m confident that the people at the track and watching on the TV are going to get the chance to see some pretty cool cars.”

The popular Hyundai Excel Series will be the third support category to feature, with races to run on the second weekend of the doubleheader.

The NTI Townsville SuperSprint will be held on August 29-30, followed by a second SuperSprint event on September 5-6.

Fans will be permitted to attend both weekends, although all tickets must be pre-purchased. Tickets are now on sale via Ticketek.

The August 29-30 event in Townsville will be broadcast on Foxtel and 10 HD and streamed on Kayo. The September 5-6 round will be live and ad-free on Fox Sports and Kayo.