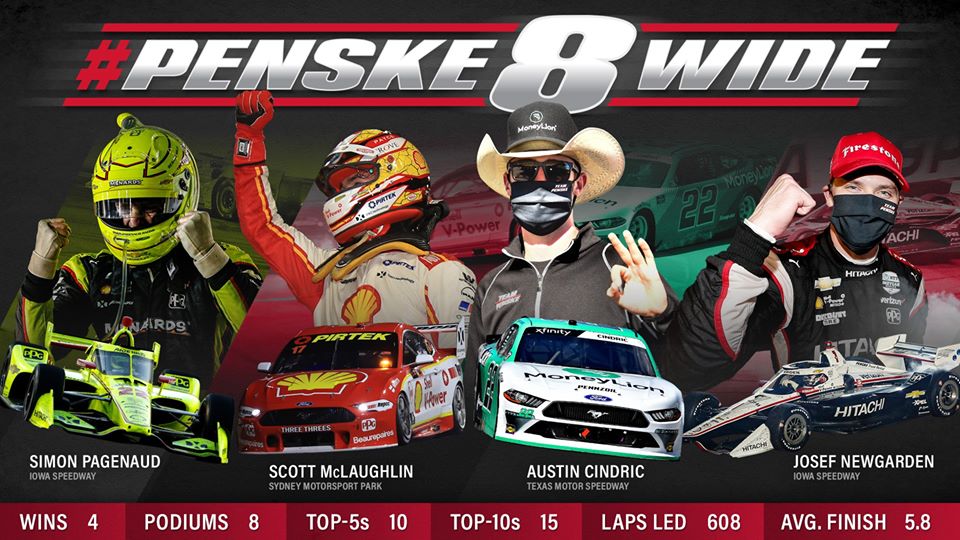 Four wins, eight podiums, 15 top 10s and an average finish of 5.8 is a stat line most drivers or teams would be happy with over the course of a season. But how about netting that over just one weekend?

With 13 drivers in five championships, Team Penske undertook one of the most mental weekends in recent motorsport memory, impressing in top-line single-seater, prototype, tin-top and stock car machinery in IndyCar, IMSA, Australian Supercars and NASCAR.

One of the most brilliant weekends – dubbed #Penske8wide by the team – as it unfolded.

Penske arrived at Iowa knowing a win was as important as ever, thanks to its rival Chip Ganassi Racing winning all four races to start the year before entering this weekend.

With that in mind, Penske starts almost in the best possible way, with reigning champion Josef Newgarden on pole for race two ahead of Will Power. With the first lap in qualifying setting the grid for race one and the second lap deciding the starting order for race two, Newgarden secures second, again ahead of Power, for the first race of the weekend.

However, it’s a nightmare for last year’s championship runner-up Simon Pagenaud. In a year where he has struggled with qualifying performance, a fuel pressure issue means his car won’t start, and he isn’t even able to set a lap. Disaster.

If there is any positive in the performance, it is that in practice earlier in the day, Power had been third and Newgarden and Pagenaud fifth and sixth. The cars are clearly quick.

Well, we didn’t see that coming! Simon Pagenaud comes from worst to first, giving Penske its first win of the weekend and the IndyCar season.

An early undercut strategy utilises the power of fresh tyres to fire Pagenaud into the top 10, and an extremely long caution for a scary crash between Colton Herta and Rinus VeeKay – which tests the series’ new aeroscreen device – plays into Pagenaud’s hands. As others are forced to pit in the final stint, he is almost free and clear, just having to hold off three-time 2020 race winner Scott Dixon in the closing stages. That’s no mean feat!

Luckily for Penske, Pagenaud pulls off the most outrageous race strategy to give The Captain, Roger Penske, and the team its first win of the weekend joining a very short list of drivers to win from last in an IndyCar race. That’s one start, one win to start the weekend! 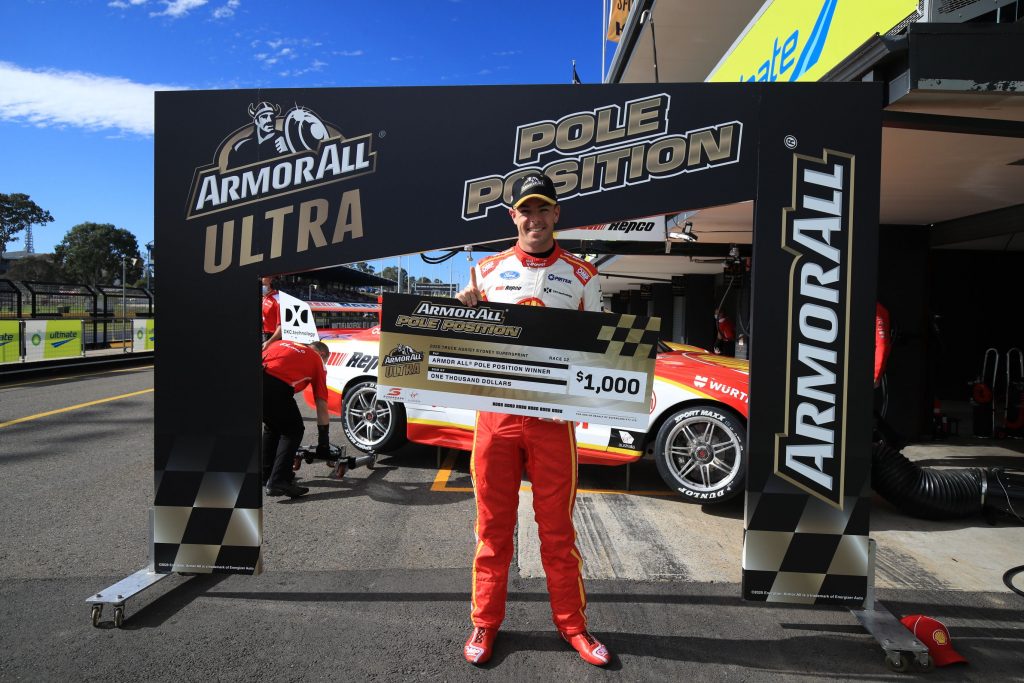 Having netted two weekends of racing before the coronavirus outbreak, the Australian Supercars championship finally got back underway on June 27-28, and one thing hasn’t changed: Scott McLaughlin is still the star of the show.

The DJR Team Penske Ford Mustang driver – who was big in the pandemic-enforced esports boom winning in Supercars and IndyCar with Penske – won two races from pole on his return to real life, and entered this weekend’s Sydney SuperSprint triple-header as the man to beat.

Like he’d done twice the previous weekend at the same track, he took pole in the first race and won it in style – although it wasn’t as easy as it sounds.

With saving tyres the name of the game at the moment, he uses an alternate strategy that means he doesn’t return to the lead for a while after his first stint on the harder tyre while most started on softs, but a decisive and well executed drive gives McLaughlin his 47th Supercars win with a late surge.

Austin Cindric is on a riot coming into this weekend! The 21-year-old took two victories in his first full year in the Xfinity second-tier series in 2019, but both of those were on road courses which isn’t that important in NASCAR! Finally, Cindric won on an oval, winning both races at the Kentucky double on July 9/10.

But Texas is a very different oval to Kentucky, and Xfinity teams are dealing with limited (or none) practice and qualifying time at the moment. However, Cindric – son of Penske president, Tim – and the #22 team appear to have struck gold at the moment, and despite starting with too much oversteer, he is fourth and then second in the first two stages of the race.

The one thing you don’t want to see in the Xfinity Series – or any NASCAR series for that matter – is Kyle Busch, and in one of his rare championship outings he proves to be the final hurdle for Cindric late on in the race.

After the last caution, Cindric hounds Busch with everything he has. But it just isn’t enough.

Luckily for Penske, the motorsport Gods intervene! Busch’s car fails to pass the post-race inspection, helping Cindric to his third straight win in the Xfinity Series and the team’s hat-trick for the weekend. Unbelievable stuff.

While younger and younger drivers tends to be the trend in top-level motorsport these days, Penske has gone in a different direction in recent years with Helio Castroneves and Juan Pablo Montoya leading each of the team’s Acura ARX-05 prototypes in IMSA respectively.

It’s a decision that paid off last year when Montoya and partner Dane Cameron struck gold and won America’s top endurance racing championship, but this year elite performance has been a bit hard to come by. Cadillac is an evergreen threat, while Mazda has enlisted Audi Le Mans specialists Team Joest to work on its car, and it’s made the difference as it won at Daytona following the coronavirus pause. A win for a Cadillac in the season-opening Daytona 24 Hours has left defending champions Team Penske without a victory.

Sadly, it wasn’t to be the fourth win of the weekend for the outfit, and Castroneves has called on the series to provide a more favourable Balance of Power regulation to give Acura a chance.

They finish sixth and seventh, a minute and half off the leaders as they have both have to make an extra pitstop for fuel while their rivals are able to stretch on three stops. Castroneves and Ricky Taylor’s car also develops an early issue with a lack of power changing through the gears. It gets fixed, but proves to be a fitting issue for a race programme that is lacking in performance compared to its rivals, despite the undoubted talent behind the wheel.

Surely not again! Pagenaud jumps into the top 10 with an early undercut once again at the start of the second race, but the early leader is polesitter Newgarden. Admittedly angry with Friday’s race, he’d been caught two laps down after pitting not long before the late caution which took from him, but gave to Pagenaud. Newgarden was furious that another win had slipped from his grasp, especially as he had dominated the early part of the race before the pitstop window opened.

The Iowa dominator had no intentions of it happening again though, and spends over 200 of the 250 laps at the front this time, for his third win at the circuit and the first victory of his title defence in 2020. With fewer cautions to affect strategy, Newgarden keeps his car at arms length from his rivals in the closing stint, as his rear-gunner Power spends more time looking behind than in front.

With Dixon and then Felix Rosenqvist capping off a dominant start to the year at Road America for Ganassi, it was vital for Penske to rebound here, and they do so with Power taking second and Pagenaud fourth. Well and truly, job done. 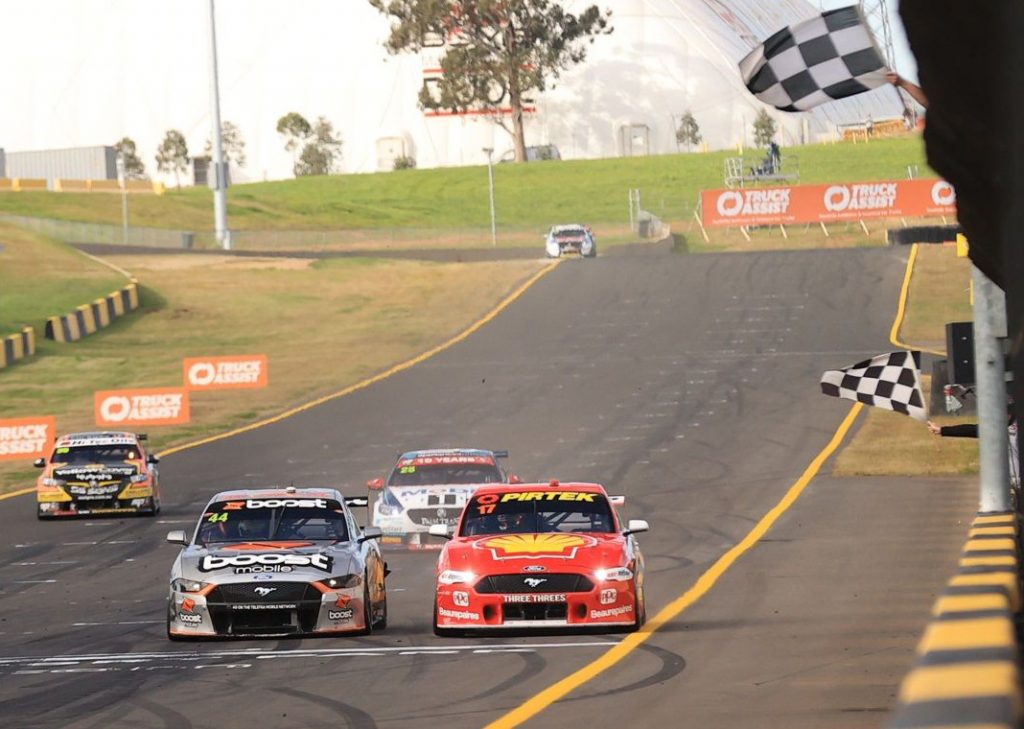 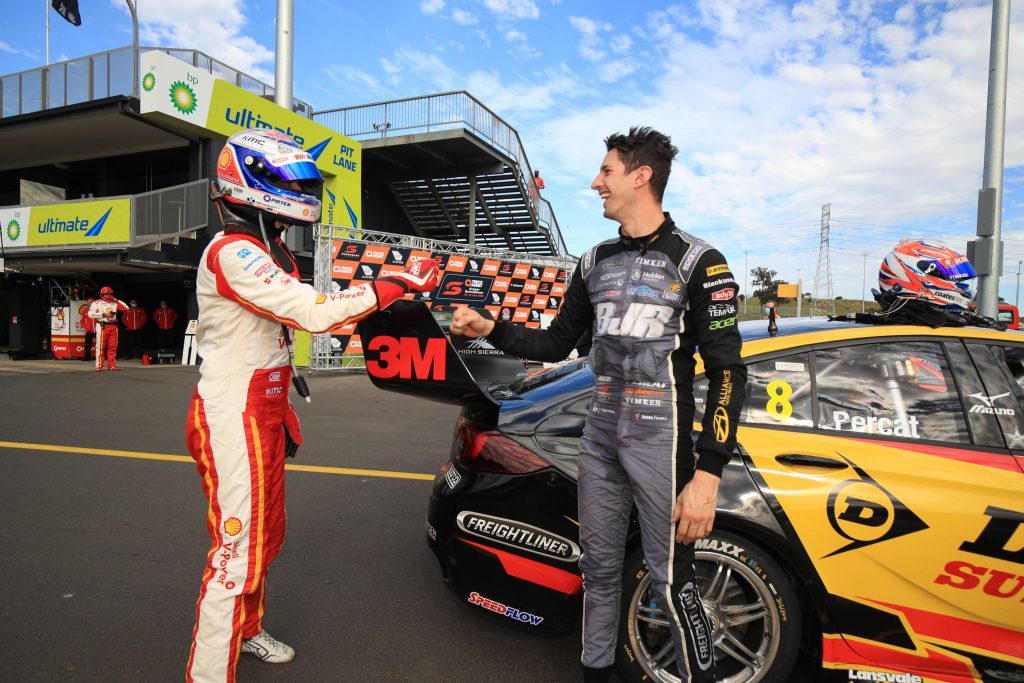 McLaughlin adopts the same strategy as the first race by taking the hards early on, which this time doesn’t quite pay off. Having dropped back as the tyres fell away and then pitting before the others on hards, McLaughlin then storms back into contention. But having started on pole again, he could only rebound to third, behind Fabian Coulthard who took second in the second DJR Team Penske-run car on the same strategy.

It may not be win number five for Penske, but it is a double podium. Most would be happy with that.

Starting from third in race two, double champion McLaughlin has an absolute nightmare. He starts on a set of used softs but he plummets through the field, eventually put out of his misery with a 14th-place finish, but doesn’t lose his championship lead as he pursues a third title and second in a row with the team. Coulthard is one spot ahead in 13th.

It’s been a good year for Penske in NASCAR, and especially recently for Ryan Blaney and Brad Keselowski since the return of the series following the coronavirus pause.

All three cars are threatening in this race, but its recent Talladega winner Blaney who’s a constant threat. He wins the first two stages of the race – which earn championship points – and he’s looking good. However, after pitting late on, a late caution – the story of the weekend for some Penske drivers – ruins Blaney’s strategy completely and lets his rivals steal a march. Despite being the car to beat all day, he finishes seventh even with a late charge. That’s NASCAR for you!

While not as dominant as Blaney with oversteer in the opening stages, double 2020 winner Brad Keselowski looks like he might offer a challenge for the Penske honour, but there’s just not enough in the tank late on as he slips back to ninth.

But all is not lost, especially when you have a pair of champions and a hotshot rookie on your books. Despite his front end attempting to bury itself in the Texas Tarmac early on, Joey Logano is late to the party with speed. Adjustments after the first stage raised the nose of his Mustang and his hopes with it.

But ultimately, he too falls short, unable to work past eventual winner Austin Dillon. Any chance of him being disqualified to give Penske a win? Not this time!

Still, it means Penske are second, third and fourth in the drivers’ championship, all with victories to their name, approaching the playoffs. Apart from with a victory, it’s just about the best way to round off the ‘#Penske8wide’ weekend. 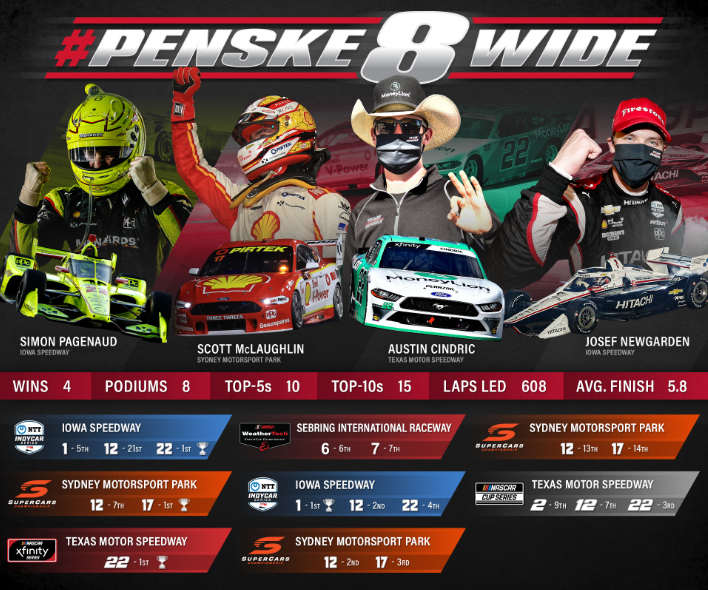