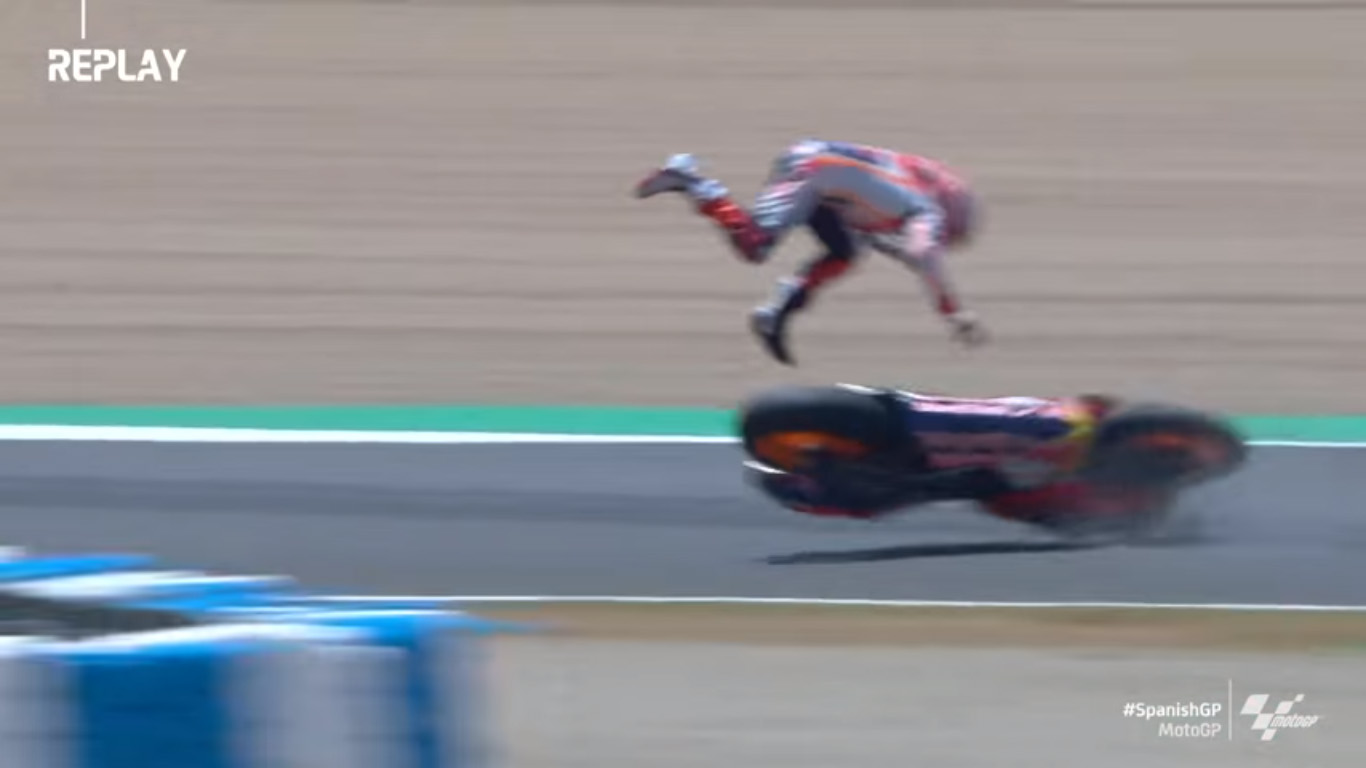 A fall at Turn 3 at the Circuito de Jerez-Angel Nieto has resulted in a broken right humerus for reigning World Champion Marc Marquez (Repsol Honda Team), who will travel to Barcelona for surgery.

After mounting an incredible comeback in the Gran Premio Red Bull de España following an earlier run off track, Marquez suffered a highside at Turn 3 and came down heavily on his right arm. As a result, the eight-time World Champion has suffered a transverse diaphyseal fracture to his right humerus. MotoGP™ medical staff have confirmed there is no other serious head or thoracic trauma, but Marquez will remain under observation for 12 hours.

Marquez will then travel to the Hospital Universitari Dexeus in Barcelona on Monday the 20th of July and is aiming to be operated on by MotoGP™ Traumatology Specialist Dr Xavier Mir and his team on Tuesday the 21st of July.

Recovery time is as yet unknown, but the Repsol Honda Team will provide an update after the operation.