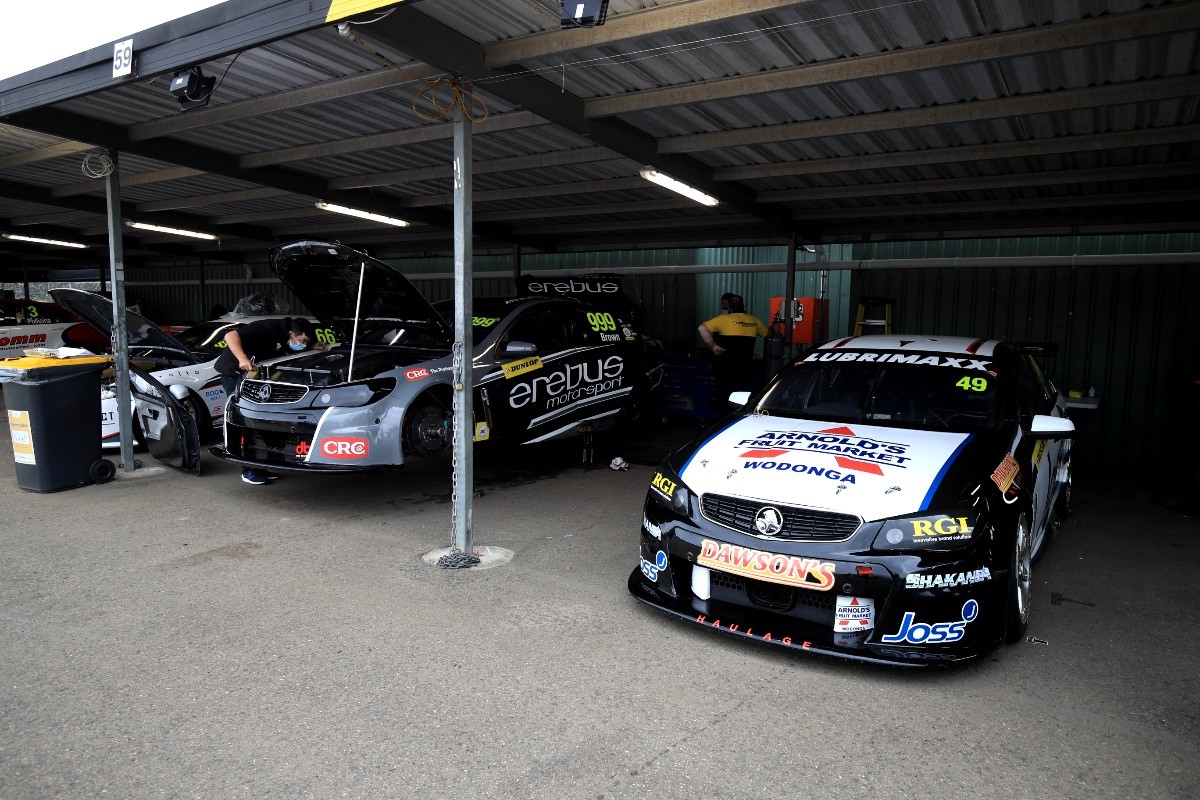 Erebus Motorsport’s investment in up and coming talent will be on show this weekend when drivers Will Brown, Jordan Boys and Jack Sipp go head to head in the combined Super2/Super 3 races at Sydney Motorsport Park.

Brown, an experienced Super 2 racer and Supercar co-driver will take on Erebus Academy program up and comers Boys and Sipp when the two categories merge to contest two 18-lap races this weekend at the Sydney SuperSprint.

Arriving in Sydney earlier today from his home base in Toowoomba, Brown, who tested in Sydney last week, was his usual upbeat self and was ‘pumped’ to get back on track for ‘’real life’’ racing.

“I was in Sydney last week doing a test run in TCR which is awesome,” said the 22-year old who signed multi-year deal with Erebus Motorsport in 2019.

“I obviously couldn’t do the Supercars test day at Winton because of Victoria being closed off to Queensland, but it was great to get a drive after so long and get a taste and familiarize myself with the track that we will be racing on this weekend.”

Whilst the large and combined field of experienced and less experienced drivers has the potential for some chaos, Brown was unphased.

“I’m not fussed about it. There are some really good Super 3 drivers that won’t be an issue at all,” said Brown.

“Super 3 has that element of gentlemen drivers as well, that I guess have to be aware that we might be a bit quicker in qualifying and that if we were to lap any of them, just to move out of the way.

“Sydney is quite a big track so we shouldn’t have too much trouble. Two 18 lap races is quite good for us. We scored three podiums when we last raced in Adelaide, so the aim is to be back up there after both races.

Lining up alongside Brown is fellow Super 2 driver and Erebus Academy recruit Jordan Boys. Boys enjoyed a breakthrough season in his second year in Super2 in 2019, with two wins in the final two rounds. Disappointed by his start to the 2020 season with two top finishes in Adelaide, Boys is feeling confident with his car as the season resumes.

“I was testing at Winton two week’s ago and the car feels so much better than at the start of the year,” said Boys.

“It was a bit of a re-set from what we ran at Adelaide so overall we were a lot happier with where we were. It was making me comfortable with the changes, so we’ve definitely made some gains coming into this weekend.”

Boys believes the combined category racing this weekend is a positive move.

Rounding out the trio is Super 3 driver Jack Sipp who will make his debut in the category as a full-time racer. The 25-year old Queenslander had a one-off race last year at Queensland Raceway and became part of the Erebus Academy program in April this year.

“It’s my first proper Super 3 season with a competitive package, so I am really looking forward to the season,” said Sipp.

“I did a test at the start of the year at Sydney Motorsport Park in the car I’ll be driving this weekend. It was the first time driving in a Supercar that was more up spec than anything I had driven before so it was really enjoyable.

“I think it’s great they’ve put the two categories together for this year. It’s obviously changed the Super 3 calendar for the better. It’s a good solid grid too.

“I think everyone will stay out of each other’s way with the pace difference and it should all work well, especially if it stays dry.”

All three drivers will run under the banner of Image Racing, whose affiliation with Erebus strengthened at the start of the year.