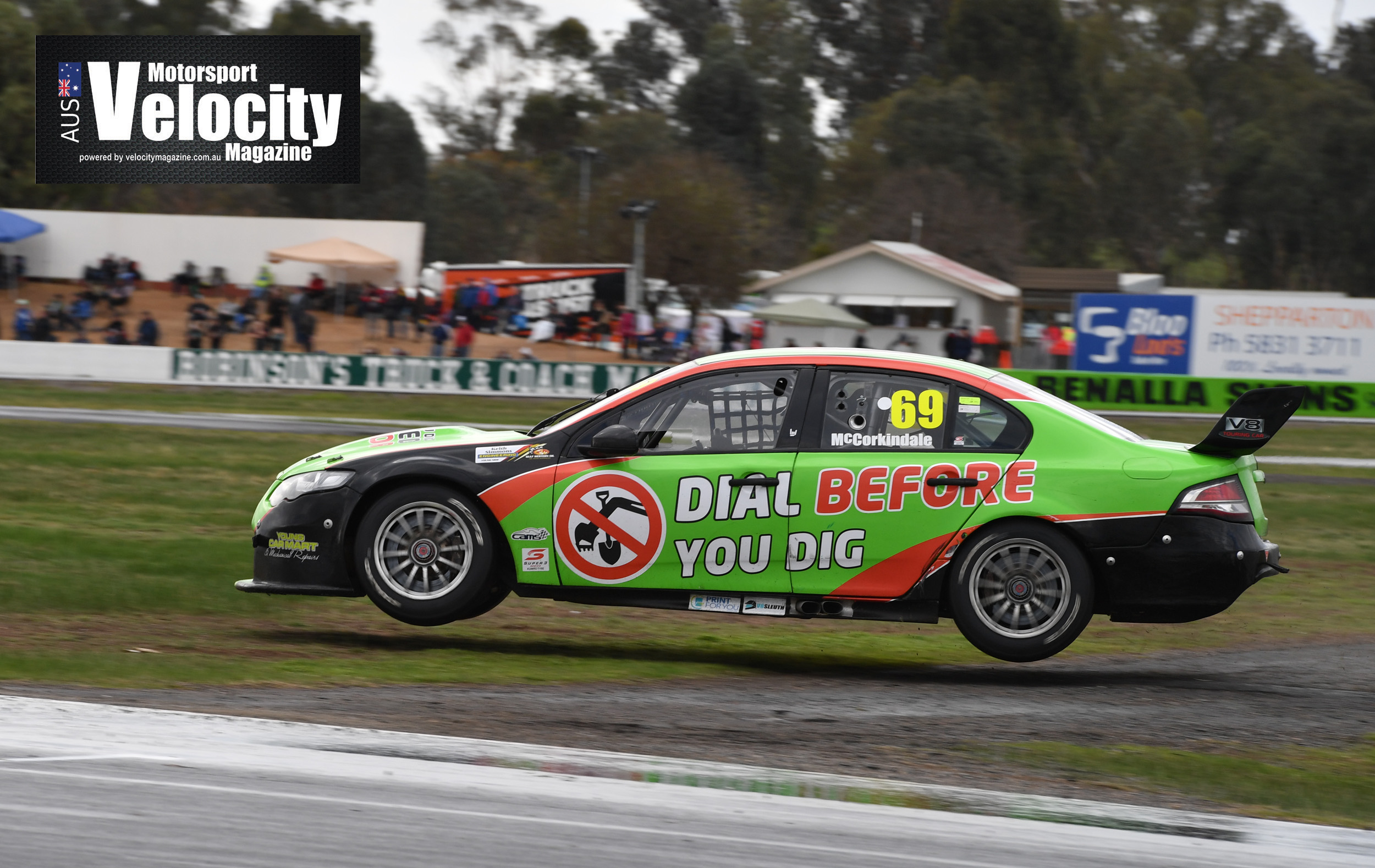 A CHALLENGING build-up won’t be enough to stop experienced Super3 series racer Jon McCorkindale from firing into a new season this weekend at Sydney Motorsport Park full of optimism.

The driver and his family-run team from Young, in country New South Wales, heads to Sydney Motorsport Park looking to not only rebound from a hugely challenging 2019 season – but also an unplanned mishap last week that saw his only pre-season test come to an unfortunate halt after two laps.

A component failure in a brand-new engine on just his second lap of the year saw McCorkindale sidelined and rushing to make sure he could make the grid this weekend; the first time that Super2 and Super3 will have shared the circuit together.

“We’d spent the entire off-season going through everything and making sure we had the right pieces in place, including a brand-new engine from Mostech Race Engines for this year, only for a part to fail on our first full lap of the year.

“It was a part failure and completely outside of our control, but it was a massive setback. Fortunately, Mostech have been superb and are freighting the repaired engine back to us. It will get there just in time – we’ll put it in the car on Friday at Sydney Motorsport Park and roll out ready to go on Saturday.

“They have gone above and beyond to help us out so I’m really thankful to them.

“We were working on several backup plans, including potentially leasing a car, but the guys in Queensland have been great, the new engine went on the truck in time and we’ll be out in our regular machine once again.

“Not having any practice on Friday works for us in this instance so we’re all systems go!”

McCorkindale finished 7th outright in the ultra-competitive 2019 Super3 Series; 4 DNFs and a run of horrific luck meaning he had failed to finish in the top three in any race or round for the first time in three seasons.

Still, the privateer team continued to punch above their weight and remained a front-running contender when the luck rolled their way.

McCorkindale has been a perennial frontrunner in the Super3/V8 Touring Cars series with one round win (Phillip Island 2017), for podium finishes and two race wins achieved across his 16 round starts to date.

He’s hopeful that a return to Sydney Motorsport Park, the scene of his last race victory, will reward his perseverance with a strong result this weekend.

“Last year was the worst I’ve had in the sport, but it only motivated me to rebound stronger this year,” he explained.

“We’ve put all our time and money into the car and the engine package to get us up to specification and patch up several of the areas where we lacked in 2019. The engine will be a big step forward and we’re always working on the chassis to find more.

“As a team we’re in a good place and we’ve got enough experience with the car now to understand what it likes and how to make it go quickly, so that should put us in a good position for this weekend.

“It’s going to be very interesting racing. Over a long distance I think our cars will be very good so while we’ll be focussing completely on the battle for the Super3 series, it will be tempting to keep one eye on the Super2 guys and see where we land with them, too.”

McCorkindale has confirmed that major partner Dial Before You Dig has returned to the team this year, the 12th year of a long-term relationship with the brand.

Dial Before You Dig supported McCorkindale, a former speedway racer, through his Karting career, into Sprintcars and ultimately through Saloon Cars, Porsche GT3 Cup and V8 Touring Car / Super3 competition.

When not racing, McCorkindale continues to head his own business, Mr Mac group, which provides service locating, vacuum extraction, contaminated waste removal, test pitting and other services across New South Wales and beyond.

The combined grid of Super2 and Super3 series cars roll out on Saturday for practice, qualifying and racing at Sydney Motorsport Park and will be shown live on Fox Sports 506.