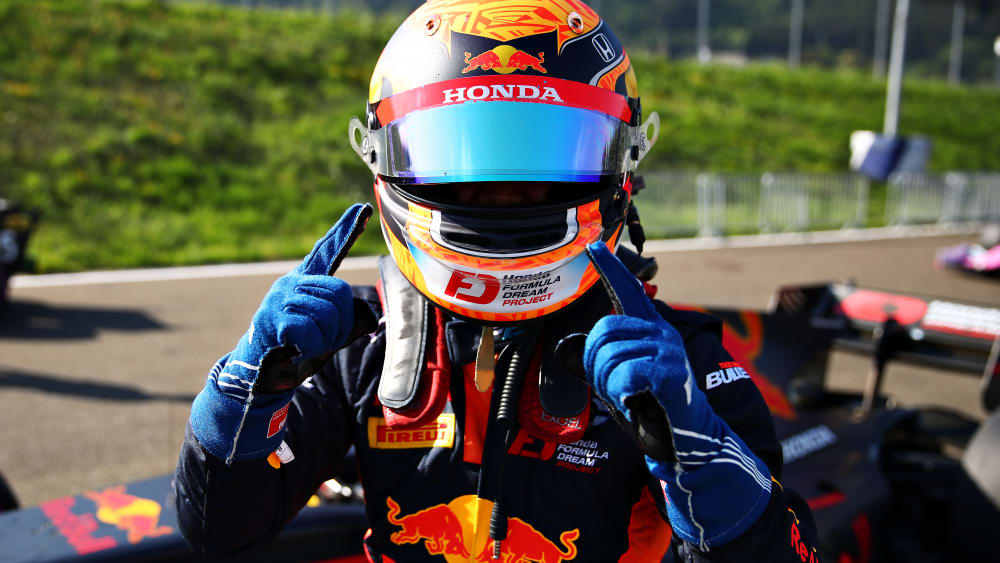 Yuki Tsunoda went fastest for the second session in a row to secure his first ever pole position in FIA Formula 2, and Carlin’s first since Round 2 last season. Guanyu Zhou came agonisingly close to taking it off him, running just 0.035s slower, with his teammate Callum Ilott only 0.085s off as well.

Tsunoda topped the times in Round 1’s Free Practice, but was unable to translate this pace into Qualifying. He suffered no such trouble this week, dominating almost the entirety of the session, having gone fastest in FP this morning.

The Carlin driver was the first of the bunch to set a fast lap in Qualifying, laying down the marker at 1:15.132. Zhou briefly usurped him, but Tsunoda upped his game and returned to the summit.

PREMA opted to remain in the pits at the start of the session, first appearing when the rest of the field returned for a tyre change and a freshen up. Robert Shwartzman was able to fire in a top five time, but Mick Schumacher – returning after an early crash in Free Practice – could only manage 12th.

A single second separated the top 19 cars as they headed back out on track, but the drivers struggled to improve on their existing times, with the final sector proving tricky.

Zhou had another attempt at bettering Tsunoda’s time, setting the fastest first sector but then getting stuck in traffic, which spoiled his lap. Thankfully, the UNI-Virtuosi man had enough time for a cool-down lap, before going again. His second attempt would be more successful, but it was still not good enough to beat the Carlin racer.

Jack Aitken was able to improve and jumped up the order to fifth, while Schumacher was another to set a better time and earn himself a P9 start.

Otherwise, the order remained pretty much unchanged at the chequered flag. Tsunoda led Zhou and Ilott, ahead of Luca Ghiotto and Aitken. Robert Shwartzman will start from sixth, ahead of Jehan Daruvala, Christian Lundgaard, Schumacher and last weekend’s Sprint Race winner Felipe Drugovich.

There was also an improvement from Marino Sato after a difficult first round, with the Trident man taking his highest F2 Qualifying finish, with 11th.

Tsunoda will be on the hunt for his first F2 win in the Feature Race tomorrow at 4.45pm (local Austrian time).