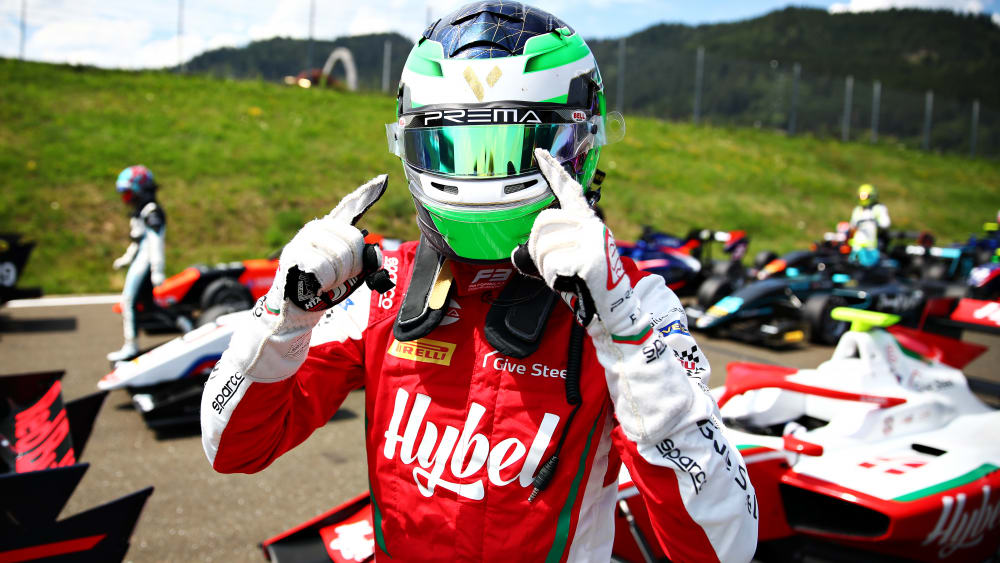 First five minutes to the session spent warming up the hard compound tyres on the Dallara F3 cars. Oscar Piastri set the early benchmark with 121.321. Fellow Australian Alex Peroni lowered the fastest time to a 121.037. Round 1 pole sitter Fernandez became the first driver into the 1.20 mark with a 120.816.

Drivers ran multiple laps during qualifying runs as often set faster times on the second or third flying laps, with two push laps identified as the optimum run prior to a cool down run. Jack Doohan made it three Australian in the top 10.

Sebastian Fernandez had set the fastest time during the first runs, only to run off the circuit at turn 7 and made contact with the tyre wall. The incident brought the Spanish driver’s qualifying to a premature end, while the rest of the field returned to the pits for a fresh set of rubber prior to a second qualifying run.

Cars began to make their way back on track as the time ticked towards the final ten minutes of the session. Drivers had just enough time for two warm up laps then a further two to three push laps to record their final qualifying runs.

Frederick Vesti used all the racetrack to jump to the head of the time sheets, while Prema teammate Logan Sargeant jumped from 18th to 2nd and Oscar Piastri made it a Prema 1-2-3 with the 3rd fastest time. Moments later the session was red flagged after Igor Fraga lost power and stopped on the main straight. Alex Peroni was the biggest loser by the incident as he had to slow after recording personal best times in both sectors 1 and 2. Vesti then had his fastest time deleted for exceeding track limits.

One frantic dash before the chequered flag saw positions change by the second as drivers exploited every spare centimetre of the racetrack and beyond. Logan Sergeant was left in the pitlane after his car failed to fire up. He had hoped that his fastest lap would survive the final minutes and watched anxiously as each driver crossed the finish line. Alex Peroni jumped into 3rd only to slip back to 7th at the chequered flag.

Prema looked to have a stranglehold on top 3 places until David Beckman jumped past Sargeant’s best. Frederick Vesti continued to push the boundaries on track limits and leapfrogged into 1st place. Vesti took pole position from David Beckman and Logan Saregeant. Oscar Piastri finished 4th from Theo Pourchaire and Lirim Zendeli, with Alex Peroni 7th after slowing down during his final lap.

The rest of the Australians saw Doohan finish in 23rd spot with Calan Williams qualifying in 26th.

With wet weather expected for the Red Bull Ring on Saturday, the race may well take on a completely different complexion.

The first race of the weekend will take place at 10.25am (Austrian time) tomorrow morning, with Vesti in prime position to seal his first F3 win.