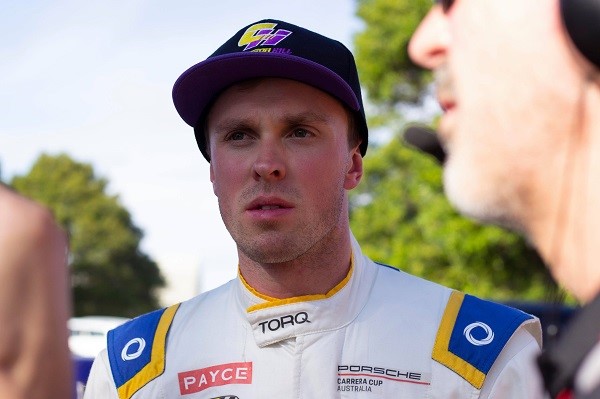 Cameron Hill will have to wait a little longer for his racing return, after Round 3 of the Porsche PAYCE Carrera Cup Australia – scheduled to run at Winton Motor Raceway on 18-19 July – was cancelled.

READ MORE: NO PORSCHE SUPPORTS WITH SUPERCARS AT SMP 2.0

The intention was for the Carrera Cup races to support the Virgin Australia Supercars Championship race meeting at Winton, however the recent escalation of COVID-19 cases in Victoria has seen that event postponed.

The Carrera Cup is now expected to resume at Sydney Motorsport Park on 15-16 August, as part of the Shannons Motorsport Australia Championships.

While Hill is frustrated to be spending an extra month on the sidelines, he understands the difficult decisions that have been taken.

“It’s disappointing to be spending even more time out of the race car, but in light of the current situation in Victoria, it’s understandable,” he said.

“With the imminent NSW-Victoria border closure, it wouldn’t have been realistic for us to travel to Winton and we also have to be mindful of the fact there are a lot of Victorian-based Carrera Cup drivers and teams, who will find it difficult to travel out of the state at the moment.

“Hopefully we can get back to racing in August… last time I raced was at the Grand Prix in March, which seems a very long time ago now.”