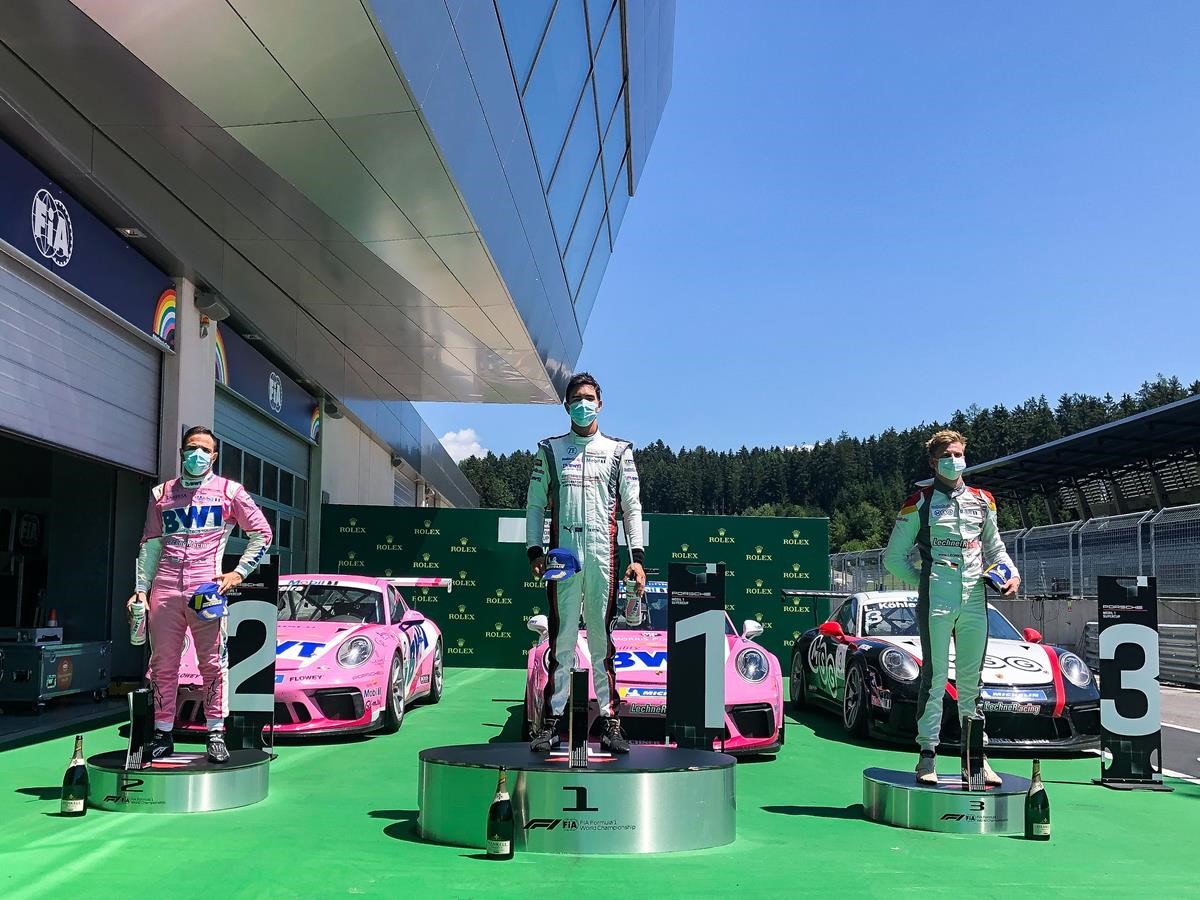 A commanding performance from Porsche Junior Jaxon Evans (BWT Lechner Racing) at round one of the 2020 Porsche Mobil 1 Supercup.

The New Zealander took up the race at the Red Bull Ring from pole position and led the field over the entire 17-lap distance. “A perfect start to the season. The first outing for my new team and the first victory – it can go on like this,” grinned Evans, who finished less than a second ahead of his teammate Dylan Pereira.

“I changed a couple of details on the suspension setup between the qualifying and the race and that worked really well,” said the Luxembourger, who started from fourth on the grid and promptly made up two places in the first lap. 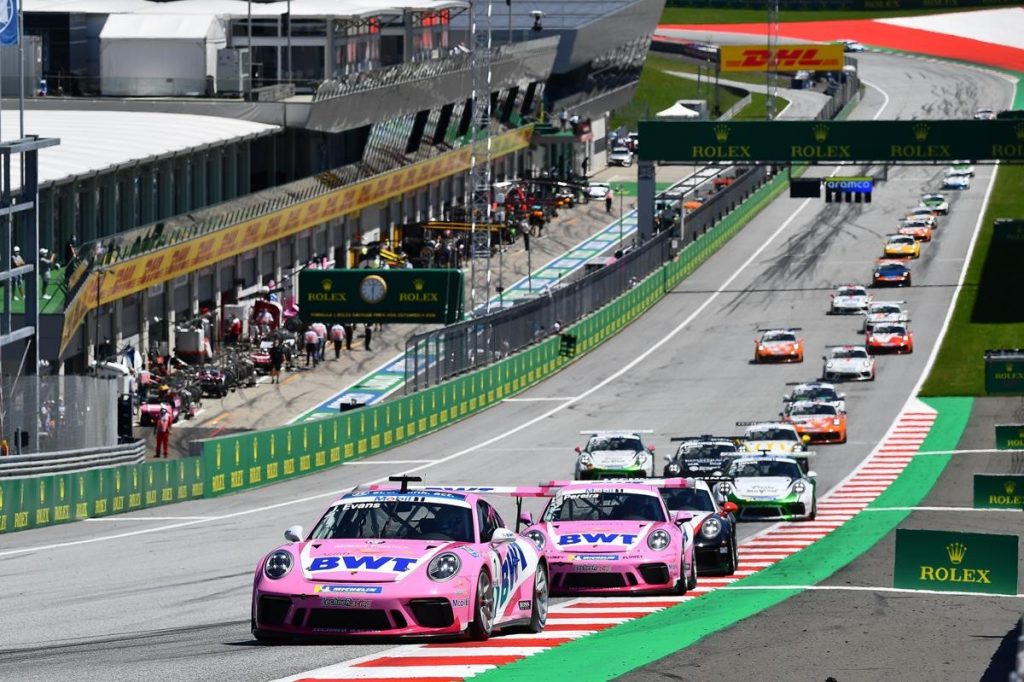 With Leon Köhler taking the flag in third place, the squad of the legendary Austrian team principal Walter Lechner celebrated a triple success at its home race on the 4.318-kilometre Red Bull Ring in Styria: The 20-year-old from Bavaria was also the fastest of the nine rookies.

“I really didn’t expect this,” said Köhler, somewhat surprised by his own performance. “I was easily able to match the pace of my two teammates. Let’s see if I can do even better in the next race.”

Behind the leading Lechner trio, heated battles for positions developed. While pursuing the frontrunners, Porsche Junior Ayhancan Güven (TR/Martinet by Alméras) allegedly overdid it, according to the steward of the meeting.

Because he repeatedly veered from the officially marked track, he was handed a five-second penalty. After crossing the finish line in fourth place, he was subsequently relegated to eighth. As a result, Larry ten Voorde (NL/Team GP Elite) moved up the ranks, just five-tenths of a second ahead of Florian Latorre (F/CLRT) and rookie Jean-Baptiste Simmenauer (F/Lechner Racing Middle East).

In the Pro-Am category, the Austrian Philipp Sager (Dinamic Motorsport) celebrated a home victory. Roar Lindland (N/Pierre Martinet by Alméras), who was forced to call on his mechanics after the formation lap to fix a technical problem and thus had to take up the race from the pit lane, came second. The third podium spot in the Pro-Am class was occupied by Stéphane Denoual (F/Pierre Martinet by Alméras).

The next round of the Porsche Mobil 1 Supercup is scheduled for next weekend, as support to the Styrian Grand Prix again held at the Red Bull Ring (10 to 12 July 2020). The race will again be broadcast on Fox Sports & Kayo.