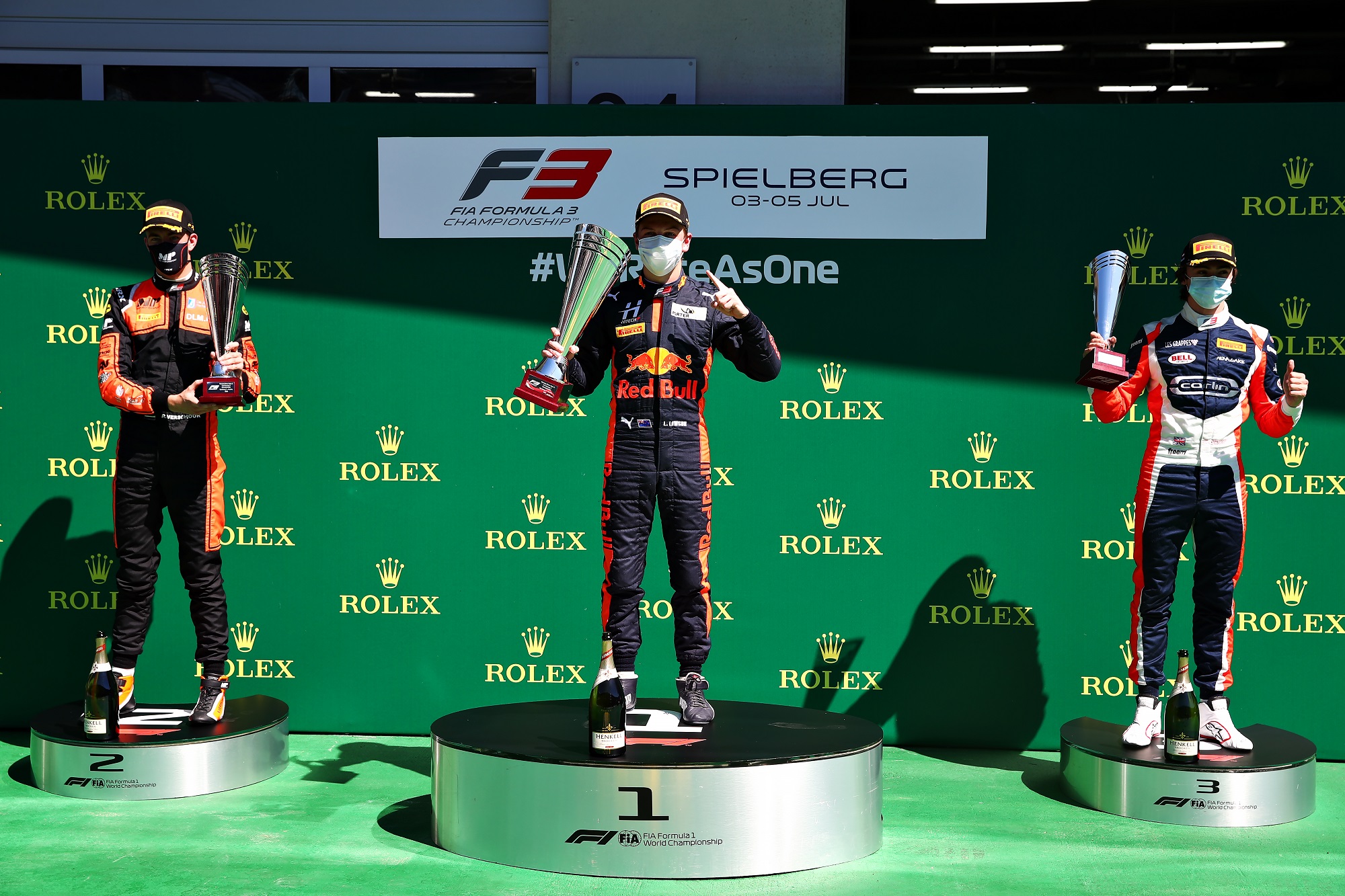 Liam Lawson got his and Hitech Grand Prix’s title challenge underway in stylish circumstances with his first FIA Formula 3 win in Race 2 at the Red Bull Ring.

The Kiwi was a composed presence out in front, rising from fifth to first in the opening laps, before overcoming a late struggle with the degradation of his tyres.

Richard Verschoor followed Lawson over the line for his highest finish in F3, ahead of polesitter Clement Novalak, who claimed both his, and Carlin Buzz Racing’s first podium in the Championship.

David Beckmann will be disappointed to finish just fourth, having clawed his way into the lead in the opening stages of the race, but the Trident man was unable to hold off the eventual front three.

Race 1 winner Oscar Piastri managed to make up two places from 10th to eighth. While, further down the field, Jake Hughes put on a dazzling display, fighting his way to 12th, having started all the way back in 28th.

Having seen the poleman crash out on the opening lap of Race 1, there was a much calmer feel to start of Race 2. Reverse polesitter Novalak got away cleanly, with the only real change coming via Beckmann, who launched into second off the line.

Novalak had looked really assured in the opening three laps, but his confidence waned in the fourth as Beckmann began to take chunks out of the gap between them. Once in DRS range, the Trident wasted no time in taking the lead, braking late and sending it down the inside of the Carlin for P1.

In his haste to reclaim the lead, Novalak went wide and allowed Lawson to pick his pocket and steal P2, lunging ahead with relative ease.

The Kiwi went straight on the attack for first, closing the gap between himself and Beckmann within half a lap. An initial move failed, but he made no mistake second time around and went wheel-to-wheel with the Trident. The Hitech braked latest and shot into the lead.

Their fight was the first of many within a top ten that were separated by a mere 3s. First Verschoor, and then Novalak, lunged ahead of Beckmann for second and third.

Having enjoyed such a successful Race 1, Sunday ended in disappointment for Alex Peroni, when his car lost power and forced him to pull up on the grass.

Lawson was clearly struggling with his tyres, having used so much power to claw his way to P1 in the first place. A late safety car provided him some relief in the closing laps, after Roman Stanek rammed into the DRS board, leaving debris on the track.

Despite the respite it handed Lawson, the Kiwi would still need to hold the lead at the restart. The New Zealander shook off any concerns though and made an assured getaway when racing resumed. This cleared his path to a first victory, with just two laps to go. 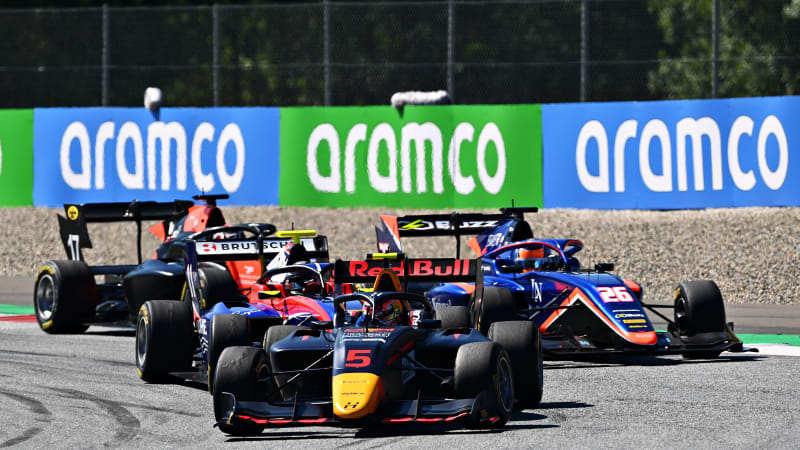 Piastri tops the Championship after Round 1 with 30 points, seven ahead of Lawson in second. Sargeant sits third, with Peroni and Vesti taking fourth and fifth. In the Teams’ Championship, PREMA lead with 65 points, 35 ahead of Trident. Hitech sit third on 24 points, ahead of Campos and MP Motorsport.

“It was a good race. Starting from P5 I had to get through to the front as quickly as I could, because I knew we had a strong car at the start, but once I got there I ran out of tyres, and Richard {Verschoor} was coming. I think that I actually got lucky with the safety car because without it, I think it would have been tough to keep him behind with DRS.

“We need to work on Quali because that is one thing we struggled with this weekend, and it put us on the back foot. If we can sort that, I think we have strong pace and we can fight for some more podiums.”

F3 will be going nowhere, with the teams remaining out in Spielberg for Round 2 in just a weeks’ time. PREMA will come away happiest from Round 1 having taken an early lead in the Championship, thanks to their talented debuting trio. Piastri will hope the continuity of remaining at the Red Bull Ring can be a springboard for another race win, though with Lawson also off the mark for Hitech, it’s all to race for.