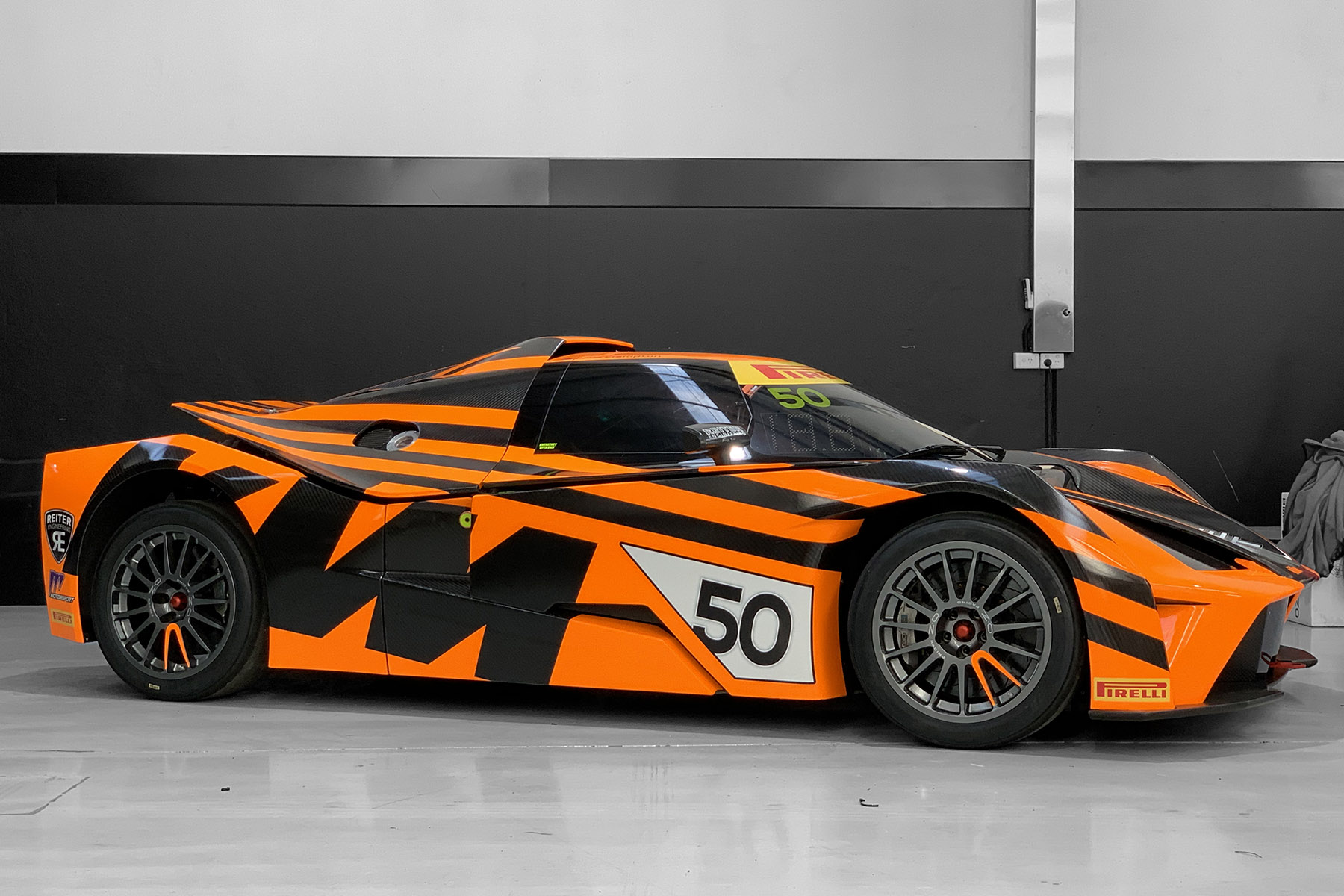 “Wow,” was the feedback from GT4 stalwart David Crampton after his first laps back in a race car at Phillip Island recently, the reigning AUS#2 having spent more than six months out of the seat, but more than the fact that he was able to blow out the cobwebs, the Vantage Racing team-boss was finally able to unleash his new 2020 KTM X-Bow, a car which has seen significant advances since he first debuted for the marque in 2018.

“Reiter Engineering have made some big changes to the car, most notable being an increase in power, the addition of power-steering and the removal of the rear wing,” Crampton explained.

“Overall they have delivered a much better package that I find is easier to drive – the extra power alone meaning we won’t be left behind on power circuits like Bathurst and Phillip Island with their longer straights, whilst we still maintain that nimble advantage through the tighter parts of the circuit.”

As one of a number of teams to return to track activity off the back of the Covid-19 pandemic, the M-Motorsport team enjoyed a full day of practice at Phillip Island with both Crampton and reigning Australian GT, GT4 Champion Glen Wood turning laps.

“The car was flawless, and we developed some great data. Most particularly, I wanted to do as many laps as possible to get myself back in the groove because it had been so long since I’d last driven a race car, whilst Glen was able to give me a good benchmark to work towards as we set a solid baseline for the season ahead.

“It is different to my current car (the car which Crampton took to second in the 2019 GT4 title race, behind the sister X-Bow of Wood and M-Motorsport team-boss Justin McMillan). The biggest thing I noticed was how much difference the power-steering made. Normally a long day in the car takes its toll, but I was as fresh at the end as I was at the start, so that’s an immediate advantage.”

Physically, there are clear differences with the second generation X-Bow, the most obvious being the lack of rear wing.

“Part of the trade-off with an increase in power was a reduction in aero, but on top of that, Reiter have developed a more aero efficient car, so the lack of rear wing means less drag, but the lack of downforce in mid to high speed corners is not as significant as you might think. They’ve also put us across to a five-stud wheel as opposed to a centre-lock wheel, so that could also be a setback during pit stops, although traditionally, the X-Bow has been very light on tyre wear.

“All up it’s a very, very good package and I can’t wait to take the fight to our rivals this year and see what we can do, I’m excited about the prospect of going racing and having a new weapon to do battle with!”

The opening round of the 2020 Australian GT Championship gets underway at Sydney Motorsport Park on August 14-16 as part of the Shannons Motorsport Australia Championships.