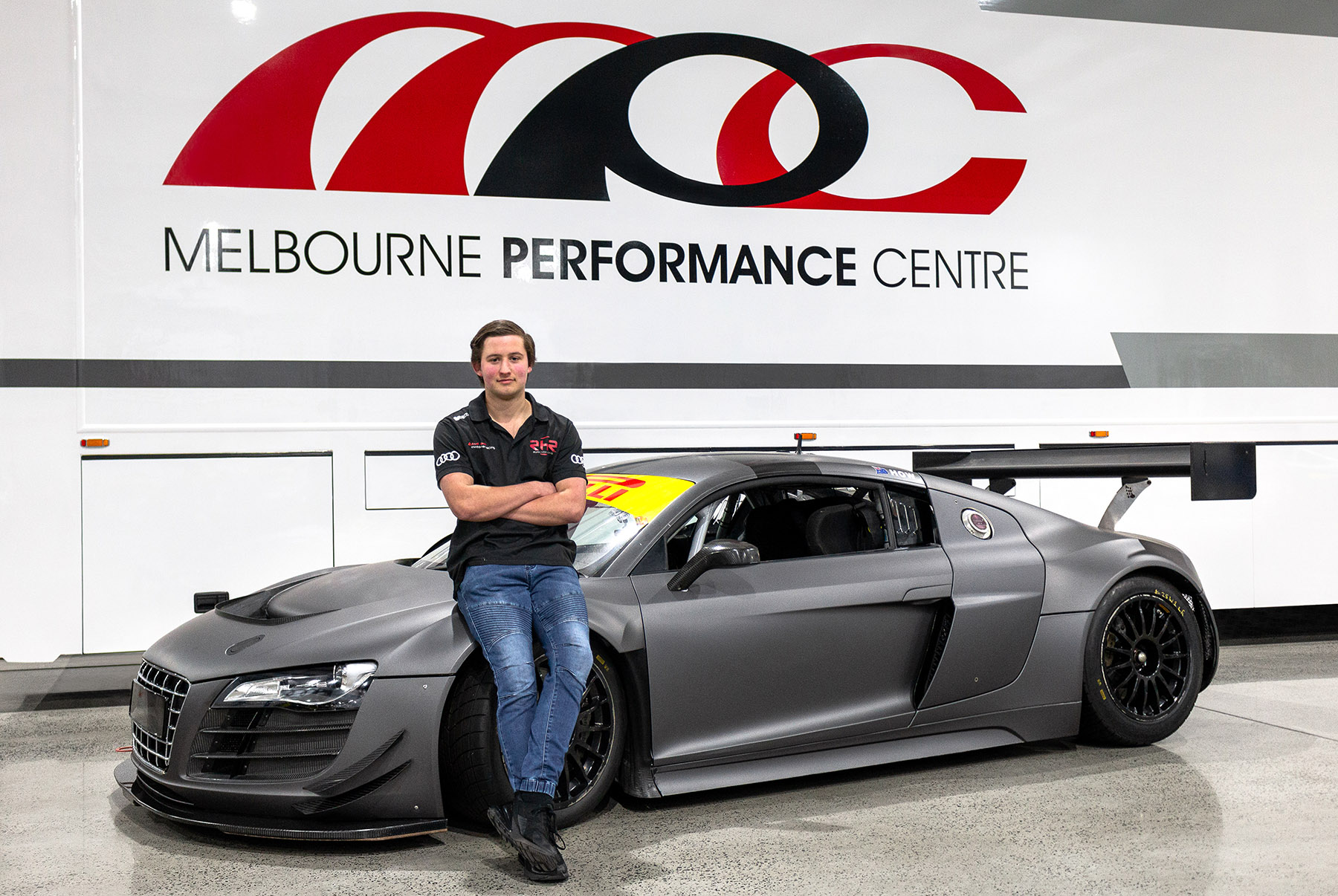 The Barbagallo round of the 2019 Australian GT Championship provided some memorable racing during the three-leg GT race around the 2.4-kilometre circuit, a mix of day and night races providing some epic moments, not the least of which was the incident that claimed leader Ryan How in the dying stages of Saturday night’s final race.

Off the back of victory in the opening leg, How fought his way to third in race two before again finding himself at the front in the final race of the weekend, under lights and in front of a big vocal West Australian crowd – at the time – pulling away from Audi stable-mate and reigning champion Geoff Emery, only to suffer brake failure on the run into the final corner.

Whilst a certain round victory fell by the wayside, it was the damage to How’s generation one R8 that was the greater concern, the predominantly self-funded team forced to end their Australian GT campaign then and there, the father-and-son combination who turned in tireless hours with support from Audi Sport customer racing Australia’s Troy Russell, losing more than a year in the process of rebuilding the car, but rebuild it they have!

“So many emotions in one weekend,” How reflected on his Barbagallo performance. “We knew we had such a good package for Western Australia, and off the back of a strong result at the Grand Prix and our AGT debut at Sydney the year before where we’d also run at the front of the Trophy Class (for older spec GT3 cars), we felt we could be competitive, but I never really expected to be able to take the outright win.

“From that first race win we just consolidated and stayed out of trouble in the second race, but to ensure we had everything working for us in the final race, we changed brake discs at the front of the car as a precaution, and unfortunately that was the beginning of the end.”

The result of the left front brake disc shattering as How hit the anchors for one last time before diving off the long back straight and into the final right-hander was a rapid journey through the gravel trap at unabated speed, the 17-year old showing immense maturity to use the tyre barriers on the side of the circuit to slow his momentum, stopping the car ahead of what could have been a much bigger accident.

Sadly the damage had been done, and despite the best efforts of sponsors and the team, the hit to the budget was just too great for the team to continue, notwithstanding a number of donations from supporters and friends which fell well short of the repaid budget needed to get the team back on track for subsequent rounds.

“That was perhaps the greater knock emotionally, knowing that we had really waved the flag and made a lot of people take notice, and were just moments away from a second win – and an outright round win – then it was all over.”

Whilst the global pandemic has stalled the 2020 Australian GT Championship, the setback has provided the How’s a chance to spend some time at Melbourne Performance Centre (the home of Audi Sport customer racing Australia), where father and son – aided by Troy Russell and members of the team – were able to dedicate time to repairing the car which is now back to it’s former glory and ready for action, How Junior admitting as to just where he’d like to make a return to AGT..

“First thing we need to do is test the car and make sure it’s as good as it looks,” he admitted. “Honestly, I need to know that I still have the speed in me too, as it was a big knock and a long time out of the seat. Troy [Russell], Lee [Burley] and the team at MPC have been incredible, so we know that side of things should be spot on, whilst Reaction Fitness who have been helping me get back to my mental and physical peak have done their best, now it’s down to me!

“Once we’ve tested, we’d like to be able to do a couple of State Series rounds to dial ourselves back in, and if we can make it happen, there is some unfinished business to complete in Perth!”

With the recent release of the 2020 Australian GT Championship post-Covid 19 calendar, How’s wish may yet come true, Barbagallo at this stage slated as the final of four rounds in late October, and whilst the largely self-funded team will do everything they can to put the budget together to be at the Perth round, they are well down the road with sourcing sponsorship to contest additional rounds and battle again at the front of the field.

The opening round of the 2020 Australian GT Championship gets underway at Sydney Motorsport Park on September 4-6 as part of the Shannons Motorsport Australia Championships, ahead of races at Sandown, Mount Panorama and the season finale in Western Australia.