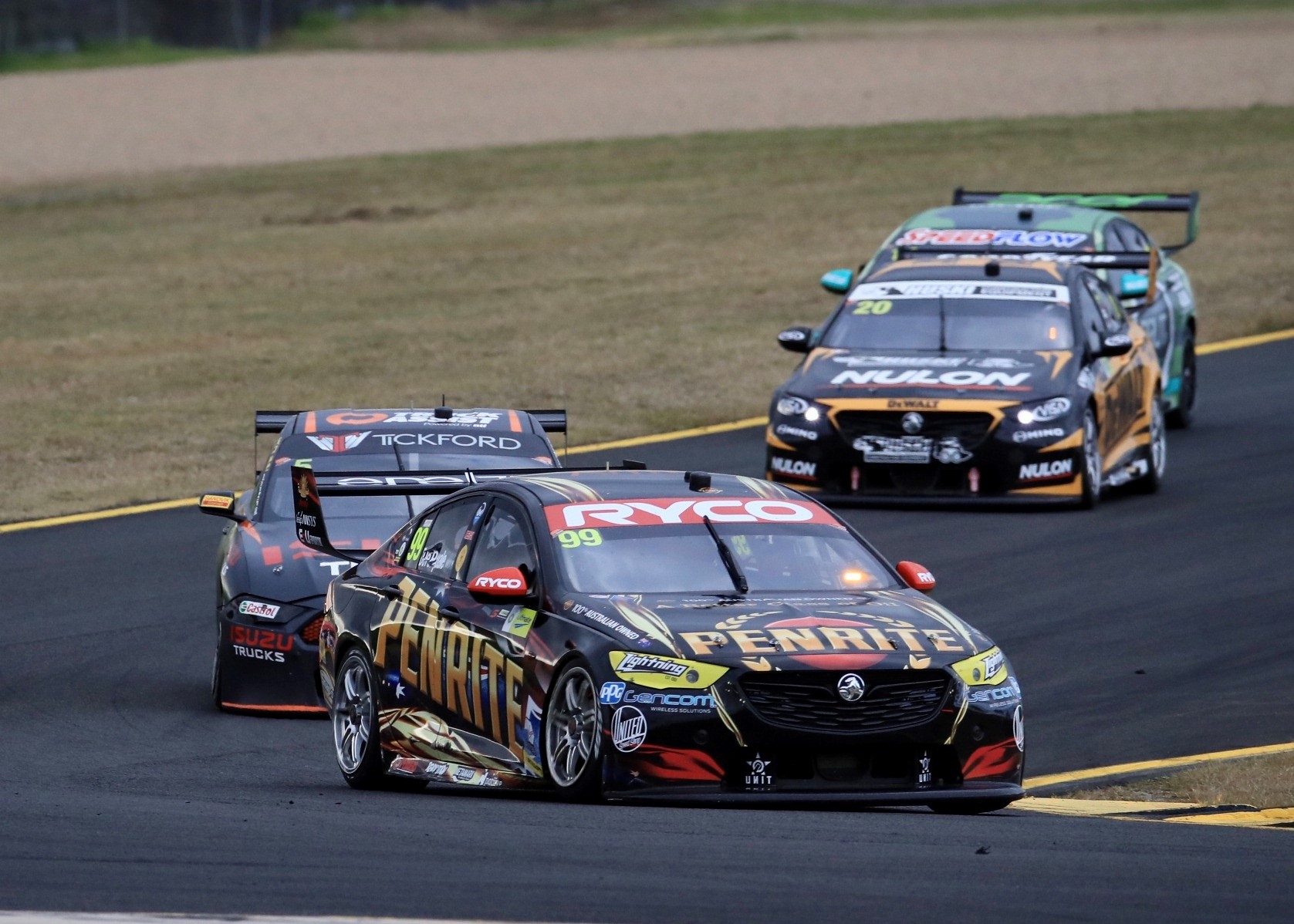 Starting from P9 and P18, Anton led the team to the first corner, though it was David who got off to a lightning start and made his way to P13 before the end of the opening lap.

Anton made up two positions, though with Sydney Motorsport Park notoriously tricky to pass around, he sat in procession until teams took their compulsory pit stop.

David took his stop early at the end of lap 11 for a long run to the end, while Anton stopped near the halfway point for his two right-hand-side tyres.

The two ran together just outside the top ten, though David was unable to make his tyres last until the end of the race, flat spotting his left-front and needing to pit on lap 17.

The #9 racer emerged P21, while Anton drove well into 8th before the checkered flag was waved on lap 32.

Anton De Pasquale commented on his first day back: “Its’ really good to be back in the saddle. I had a decent start in the race and bruised around trying to keep the tyre under me. Our tyre degradation was quite good, in the first stint I managed to pick up one spot though after that I couldn’t get enough overlap to make a move happen and just sat behind the cars in front.

“We were quick out of the box this morning though we didn’t hold that track position in terms of speed today. Everyone else seemed to get quicker during the day and we fell behind a bit so we’ll sit down and tune it up overnight. We’re not too far off which is good.”

David Reynolds spoke about the back-to-back sessions: “It’s very hectic; there are a lot of sessions back-to-back and not a lot of time to do much between sessions.

“I had too much understeer in my car today and we did a range of changes to try dial it out. I had a couple good runs but otherwise I think we changed too much for the race and my car wasn’t as quick as it could have been. I managed to get a really good start and probably would have been inside the top ten, though I flat spotted at Turn 2 and our race was basically over then.

“Even though it wasn’t the day we were hoping for in terms of results, I am happy to be back racing after three and a half months and hope we can bounce back better tomorrow.”

Tomorrow’s word of the day will be tyres, with a limited number to use across two qualifying session and two 130-kilometre races. Qualifying kicks off at 10:35am local time.