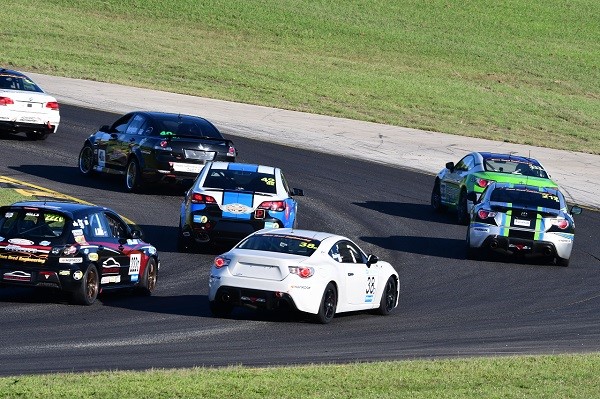 MRF Tyres has thrown its support behind the NSW Production Touring Car Championship (NSW PTC), announcing a deal to provide the control tyres and sponsorship for the category from 2020-2023.

The big winners of the new arrangement will be NSW PTC competitors, who will benefit from reduced costs as well as MRF’s active support for the series.

NSW PTC President Rob Coulthard said the benefits of the new tyre deal are easily quantifiable, and will provide advantages for not just the competitors, but the club as a whole.

“MRF Tyres are 5.5 per cent cheaper across all sizes compared to our previous tyre supplier, and MRF have also committed to holding prices for the next two seasons, with a capped price increase of two per cent for the 2022 and 2023 seasons,” Mr Coulthard said.

“This means competitors are going to save money straight away. Furthermore, tyre services such as fitting, stripping, balancing and disposing of tyres will be provided free of charge.”

Another advantage of the MRF deal will be its interchangeability with the Bathurst 6 Hour and Australian Production Car Series, which moved to MRF as the sole tyre supplier at the start of 2019.

“Moving to MRF brings us into line with the Bathurst 6 Hour and APC – these are popular with many of our competitors, and having the same tyre brand across these events will make it easier for competitors to race in a mixture of races at state and national levels,” Mr Coulthard said.

Competitors who have already tested and raced on MRF Tyres have provided positive feedback, with their wet-weather performance proving especially impressive.

“The MRF products have delivered encouraging results across a wide variety of cars, in events such as the Bathurst 6 Hour, along with wet weather races at Phillip Island and Sandown,” Mr Coulthard said.

“MRF is a fairly new player in the market, and they’re very motivated to continue refining and developing their products in response to competitor feedback.

“For example, they are currently testing a softer-compound tyre, which should result in improved lap times.”

Another major factor behind MRF’s selection as the NSW PTC control tyre supplier was their commitment to supporting the category. The MRF agreement includes additional funding, which will be used for promotion of the category along with competitor incentives.

“MRF have recognised the popularity of NSW PTC, and have seen the potential to further improve the competitor experience by providing financial contributions for promotions through the website and social media, prizes and other competitor incentives.

“They are highly-motivated to promote their products to an Australian audience, and have seen our category as a platform to engage with their target audience. We’re very excited to be working with them,” Mr Coulthard concluded.