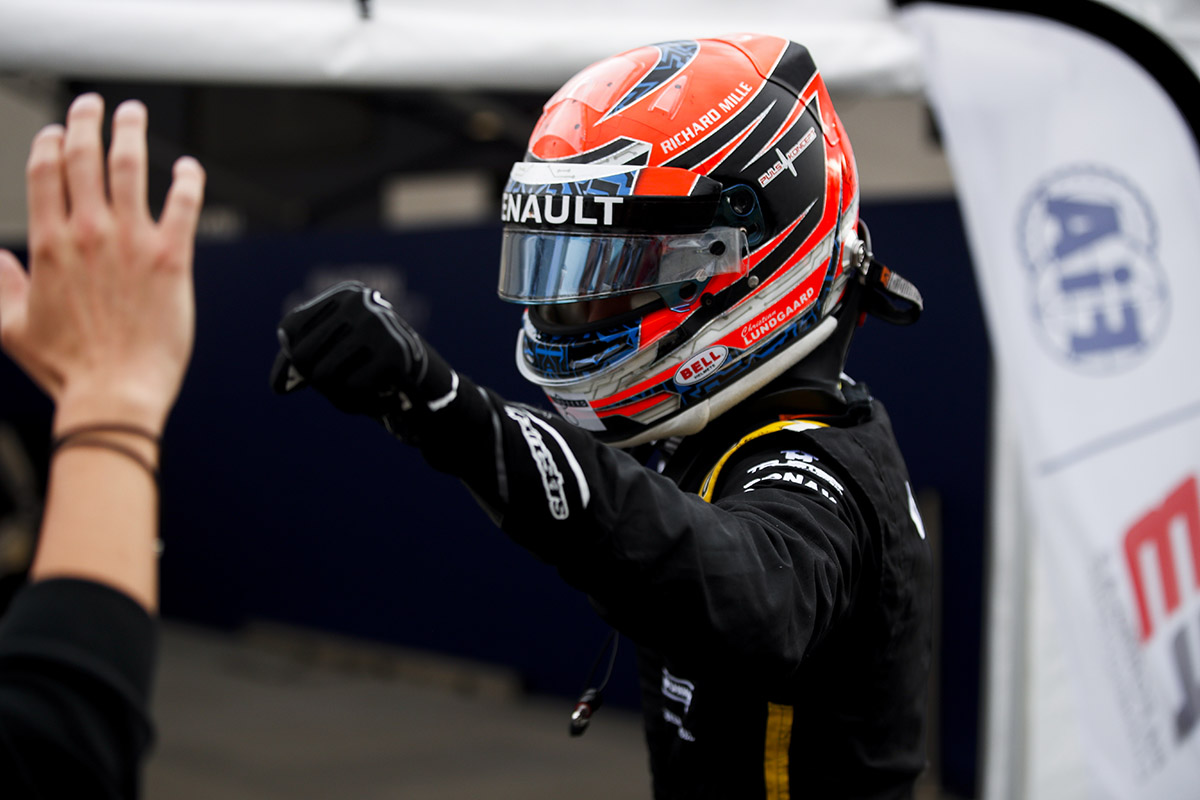 Christian Lundgaard became the first driver this season to seal a second pole position in the FIA Formula 3 Championship, controlling an extremely competitive Qualifying session that had more than 10 different leaders. The Danish driver set his time late on as the circuit began to dry in Monza, and finished ahead of PREMA duo Marcus Armstrong and Robert Shwartzman.

With the track still damp, following rain in the Formula 2 Qualifying session, the cars headed out with caution onto the track and Niko Kari set the first time at 1:53.444. Devlin DeFrancesco dipped under 1m 49s as they began to get a feel for the circuit. Fabio Scherer then took further chunks out of the best time.

Leonardo Pulcini, Felipe Drugovich, Liam Lawson and Jehan Daruvala all took turns in first, in quick succession, before the in-form Armstrong grabbed the session by the scruff of the neck to break the 1m 40s barrier.

Jake Hughes stole provisional pole as the track grew drier and the drivers were told over team radio that no further rain was expected. With just over 10 minutes to go, Lundgaard grabbed provisional pole and made the most of the improved grip on track.

The traffic intensified as all the cars fed onto the track for their second stint, and it remained heavy for a couple of laps with less than 4 minutes left on the clock. Due to safety reasons the race director decided to red flag the session which was then not resumed. This allowed Lundgaard to claim his second pole since Budapest. Armstrong and Shwartzman took 2nd and 3rdrespectively, ahead of their teammate, Daruvala.

Lirim Zendeli snuck in a late fast lap to take fifth – his best Qualifying of the season. Teppei Natori also sealed his best of the season in sixth, ahead of Max Fewtrell, Richard Verschoor, Kari and Giorgio Carrara.

Race 1 will get underway tomorrow at 10.30am local time, when Lundgaard will aim for his second win of 2019.