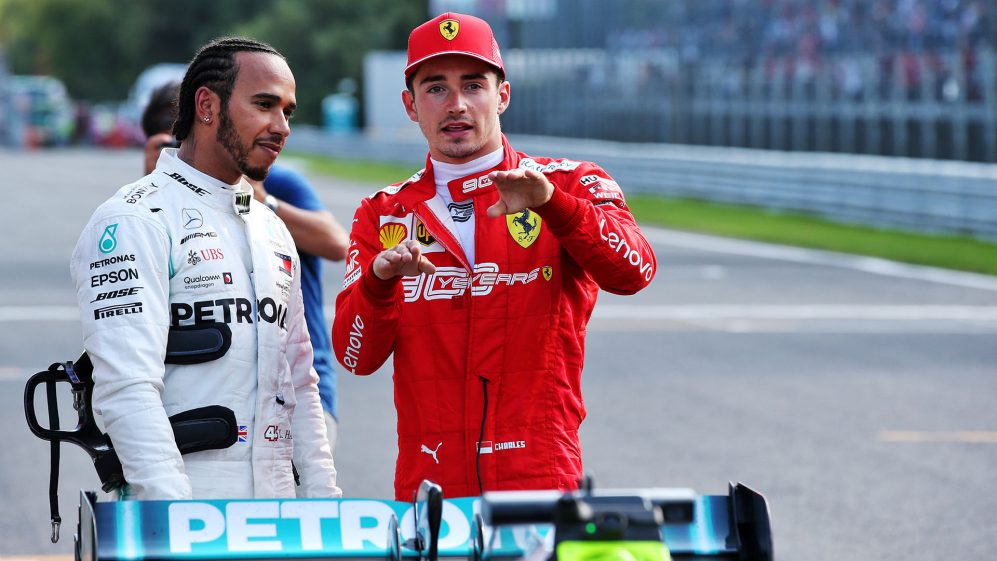 Charles Leclerc claimed pole position for the Italian grand Prix and ignited the ire of teammate Sebastian Vettel in the process as drivers literally blocked the track in the final moments of qualifying. Such was the traffic jam that just one driver, Carlos Sainz, was able to commence a second flying lap before the chequered flag was shown.

Max Verstappen was a surprise casualty in the first phase of qualifying with a suspected loss of power. The Dutch driver was unphased as a pre-race penalty consigned him to the rear of the grid anyway.

Vettel was left bitterly disappointed and stated that Leclerc had failed to carry out team orders as the top 10 jostled for position in the final run. Vettel had provided a tow for Leclerc during the first laps of Q3 which helped the Monaco resident into provisional pole.

A crash for Kimi Raikkonen brought out the red flag in the mid section of Q3, which contributed to the late disarray as 8 drivers failed to log a second lap. Carlos Sainz and Nico Hulkenberg ran side by side slowly, which effectively blocked  the rest of the top 10 temporarily. Valtteri Bottas was fortunate to avoid Hulkenberg as he suddenly swerved to the right, while Charles Leclerc came under pressure from his team to increase the pace and tow Sebastian Vettel at the start of his flying lap. He responded over the radio by saying, “Tell him to come in front then.”

Leclerc finally increased his pace at the final corner, though it was too late for Vettel to record a lap and he remained in 4th.  He later explained his frustrations to the media stating, “I thought it was clear what was communicated beforehand.”

The move not only stalled Vettel’s final run but also those of Lewis Hamilton and Valtteri Bottas who were left to settle for second and third on the grid respectively. Hamilton saw the actions as a means to secure pole position with a single lap run.

“That’s not cool,” Hamilton told his engineer over the team radio. “They kept us all behind so we couldn’t get a lap… A tactic just to keep pole position, don’t need to do a lap.”

Sainz, Hulkenberg and Lance Stroll were all sanctioned for their part in the incident.

“What a mess, argh,” announced Leclerc after the chequered flag. “Pole position anyway.”