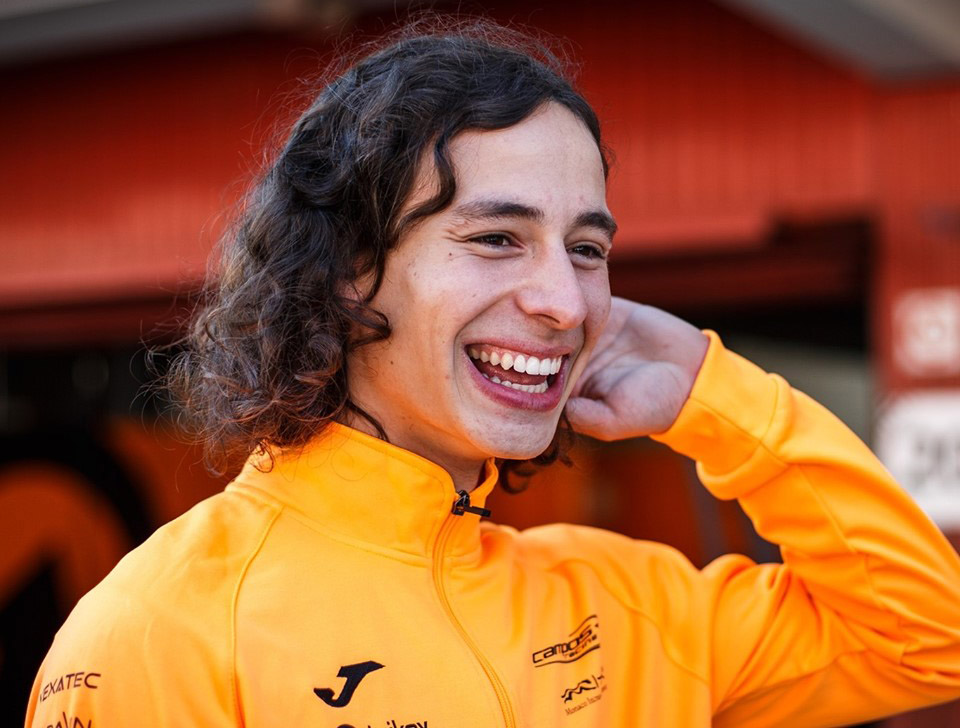 Peroni was in sixth place in the first of this weekend’s two FIA Formula 3 Championship races at the Italian Grand Prix race meeting when the crash occurred.

His Dallara racecar was launched high into the air after running over a short section of ‘sausage’ kerbing on the outside of the final turn on the 5.8km circuit. The 300kW openwheeler barrel-rolled two-and-a-half times, landed upside-down on the outer crash barrier, and then flipped rightside-up among the catch-fencing.

Miraculously Peroni was able to walk to a medical car after trackside officials extracted him from the wrecked machine. He was taken to a nearby hospital for precautionary checks.

The cause of the accident hasn’t been determined, pending an FIA investigation.

Decisions have yet to be made on whether Peroni will be fit to start tomorrow’s second FIA F3 Championship race, and if his Campos Racing Team car can be repaired or replaced.

“Seeing that Alex was okay after such a huge crash was our first concern,” Quinn said.

“I haven’t spoken to him or the Campos team about what happens next. We’ll issue a statement when things become clearer.”

Peroni started the 22-lap, 127km race from 13th grid position in the 30-car field. By lap 18 he’d scythed through the midfield pack into sixth position, his best performance so far in the eight-round FIA Formula 3 Championship.