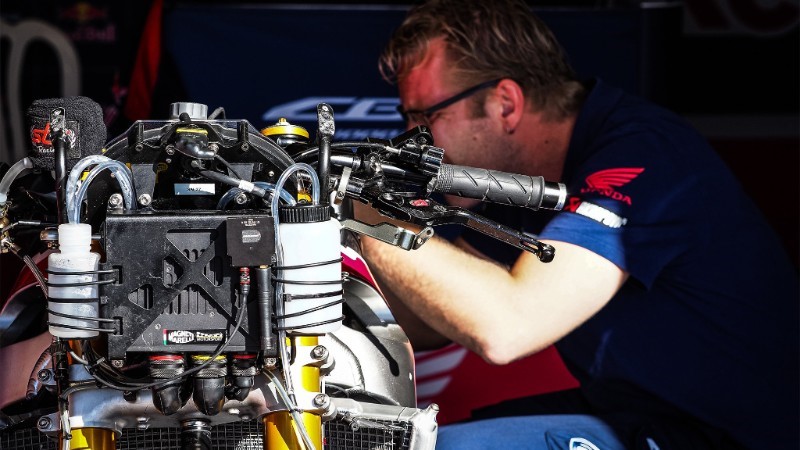 Aprilia have won six times around Misano, scoring three doubles. The first one came in 2000 with Troy Corser, then in 2010 and 2012 with Max Biaggi. Since that last double, Aprilia have secured three third positions at Misano, the last one in 2015 with Leon Haslam in Race 2. Last year the best results for Aprilia were achieved by Eugene Laverty, as he took a sixth in Race 1 and fifth in Race 2.

In 2010, Troy Corser secured the first BMW pole in WorldSBK history around Misano (incidentally the last pole in Corser’s career). They stood on the podium on two occasions, both times in third position, which was their best result here. These podiums came with the aforementioned Corser in Race 1 2010 (the last of Corser’s 130 podiums) and with Leon Haslam in Race 2, 2012. Last year they came close to scoring a podium, as Jordi Torres was fourth in Race 1 and in Race 2 he led for eight laps before encountering tyre issues.

Ducati dominates the Misano stats with 29 wins (*), 11 poles and 77 podiums (*). Last year they won in Race 2 with Melandri and it could have been a double, as Davies was in the lead up to the final corner in Race 1, but his painful crash not only deprived Ducati of the win, but sidelined Chaz for the second race.
(*) the most for a manufacturer on any given track in the World Championship history.

Honda won on four occasions here, and the last one was in 2009’s Race 2 (Rea’s maiden win). They have taken 17 podium finishes with the last one two years ago – a third from Michael van der Mark in Race 1. Last year only Stefan Bradl was fielded by Honda after the tragic departure of Nicky Hayden less than a month earlier. Bradl retired in Race 1 and was 10th in Race 2.

After six wins in the 2014-2016 weekends, Kawasaki was left without a double last year: they were able to salvage a strong finish in Race 1 with Tom Sykes (Kawasaki Racing Team WorldSBK) after the Davies/Rea clash on the final lap, but in Race 2 Melandri broke the Kawasaki string. Kawasaki have recorded a double podium finish on five occasions recently here: Sykes/Baz in both 2014 races, Sykes/Rea in 2015 Race 1 and in both races two years ago. Their podium tally here is 23, and 15 of these came from 2014 onwards. Kawasaki – with Tom Sykes – have recorded pole in the last six Misano weekends (2011, 2012, 2014-2017): they are the only manufacturer with a string of six poles around Misano (Ducati have recorded four from 2001 to 2004).

The best result for MV Agusta in Misano is an eighth position from Leon Camier in Race 1, two years ago.

Yamaha have won twice around Misano: in 2006’s Race 2 with Andrew Pitt (the only career win for the Australian) and in 2009’s Race 1 with Ben Spies. Last year Alex Lowes (Pata Yamaha Official WorldSBK Team) put a Yamaha back on the Misano podium for the first time since 2011, finishing second in Race 1.