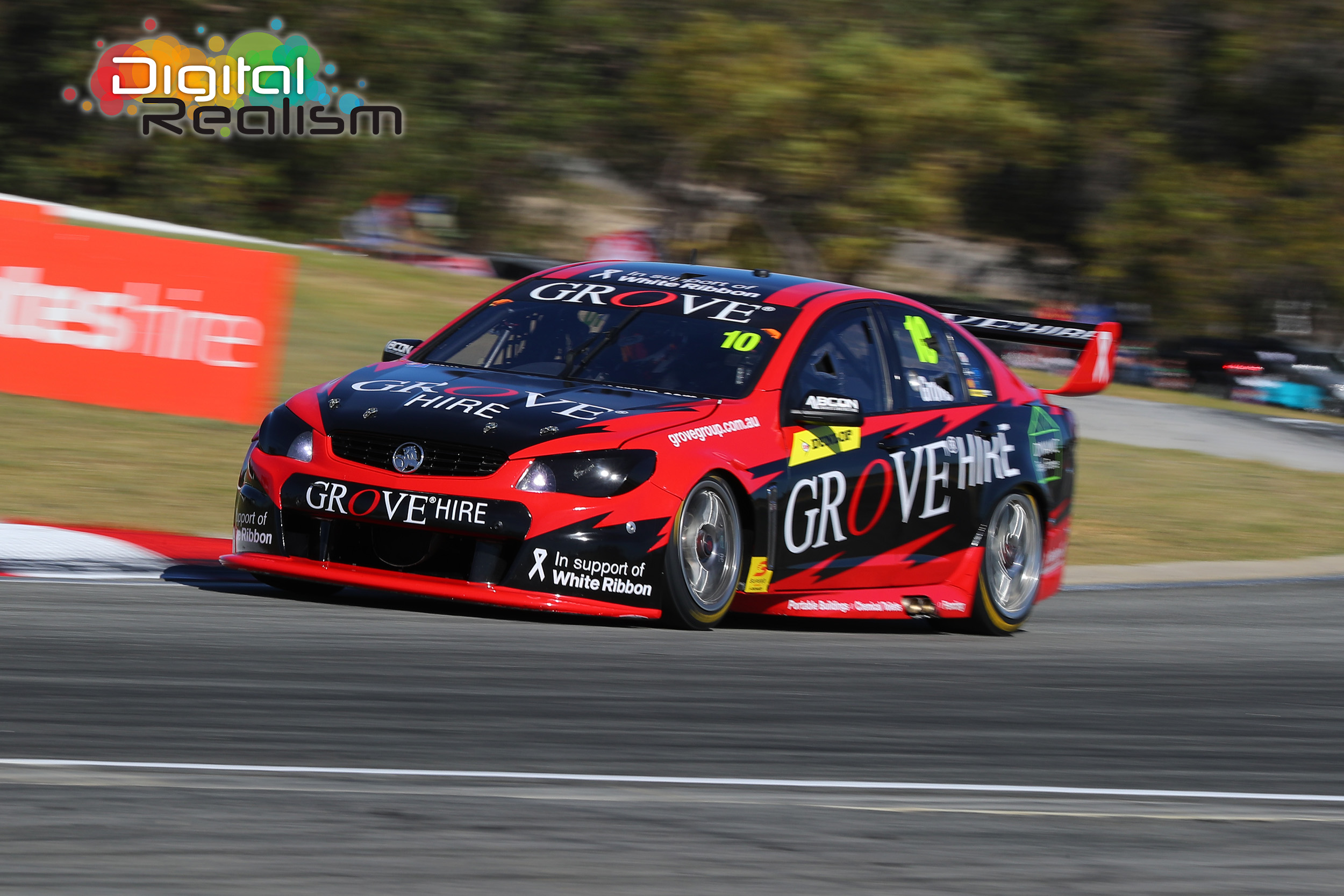 Bamber, who is currently a factory Porsche driver, will share the Grove Racing fielded Holden VF Commodore with Brenton in the 250km Super2 endurance event which takes place on the Saturday of the weekend.

The New Zealander’s commitments with Grove Racing add to his already busy schedule for the Bathurst weekend, in which he will also co-drive with Red Bull Holden Racing Team’s Shane van Gisbergen for the Virgin Australia Supercars Championship’s PIRTEK Enduro Cup.

Having driven with Grove Racing on numerous occasions, Bamber has won two Bathurst 12 Hour Class B titles with the team.

“I’m really looking forward to pairing up with Brenton at the Bathurst 1000 this year in Super2,” said Bamber.

“It’s going to be a mega challenge for both of us, the first time going to The Mountain in a Supercar for both Brenton and I – so that will be awesome. “I’ve known Brenton for a long time now and help him a bit behind the scenes so it will be awesome to share the car with him. “Brenton has got a steep learning curve as well so hopefully I can pass on a little bit of knowledge from what I’m learning in the main series, but also all around the world.

“It has always been amazing to work with Grove Racing, for me, the journey started with them all the way back in 2013 when I was doing Carrera Cup as a completely unknown kid.  “Stephen [Grove] was the one guy who gave me an opportunity and chance way back then, so it’s amazing to be able to drive with them still five years later.  “We had spoken about the three of us driving Bathurst together [Bathurst 12 Hour], so it’s cool to be able to team up with Brenton.

“I mean, sharing the car with Brenton is a massive help towards my Bathurst 1000 main game preparations, obviously it’s just more track time and chance to gain more track knowledge.

“He’s in a Triple Eight car, one from last year, so the aerodynamic package is different, but certainly most things are still the same – it’s definitely a help. “Overall, I’m just really looking forward to the Bathurst weekend and working with the Grove Racing guys and girls; hopefully we can grab some good results.”

Grove is excited for the opportunity to share the Super2 car with Bamber and says he’s looking forward to expanding his knowledge in what has been a constructive debut season.

It will mark Grove’s return to Mount Panorama for the first time since he claimed class victory in the Bathurst 12 Hour alongside Stephen Grove and Ben Barker in February.

“It will be cool to share the car with Earl for the weekend,” said Grove.

“He will have a busy weekend so I will still do most of the driving but his help behind the scenes and on the little things like pit stops will be invaluable.

“We have worked together before and we are always chatting about racing so it will be a lot easier having him in the same country and in the same car on the same weekend to help my learning curve.  “Bathurst and Sandown are the only tracks I had already been to on the calendar so that fact that we can get stuck into it straight away without having to learn the track should really help me.

“I think personally I haven’t done as well as I would have liked to this year, so I’m looking forward to tapping into his knowledge and hopefully we can have a good showing.”