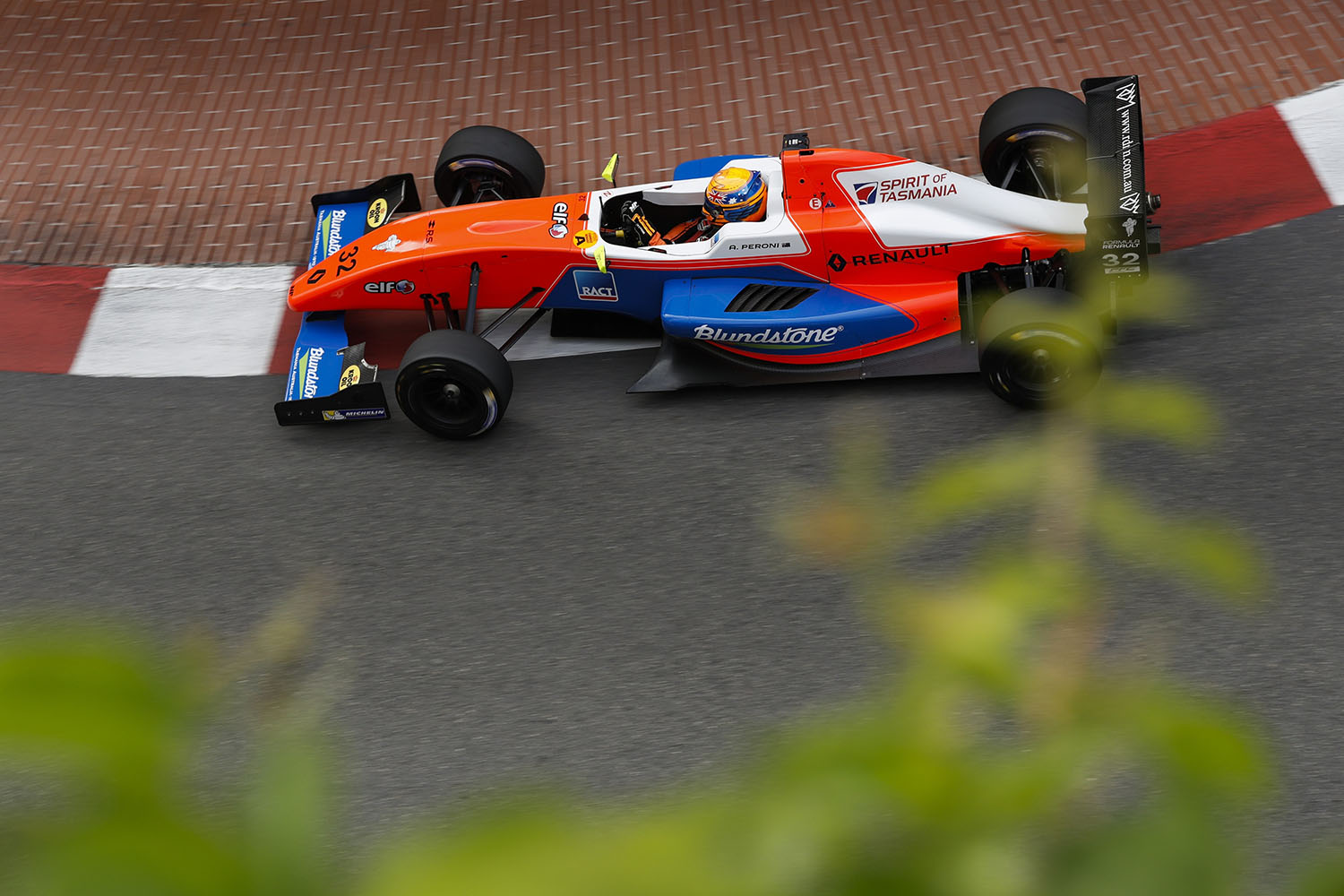 UPDATE: Hear exclusively to Velocity Motorsport Magazine from Alex himself in Monaco..

Group A – Alex Peroni in a thrilling conclusion

First on to the track, Max Fewtrell (R-ace GP) set the opening benchmark time before Richard Verschoor (Josef Kaufmann Racing), Christian Lundgaard (MP Motorsport) and Alex Peroni all took turns at the top of the time sheet. Meanwhile, Victor Martins went off at Sainte-Dévote on his second flying lap, sending his team into a race against the clock to get back out as fast as possible.

Quickest when it came time to put on new tyres, Alex Peroni and team mate Christian Lundgaard swapped the top spot, but Victor Martins soon made it a three-driver battle with only a few thousands of a second separating the three.

The suspense waned when Najiy Razak (JD Motorsport) caused a full course yellow with his spin coming out of Casino. Alex Peroni had the last word with a time of 1:31.143s, less than 0.03s quicker than Victor Martins and Christian Lundgaard. Neil Verhagen (Tech 1 Racing) and Max Fewtrell completed the top five.

While Max Defourny got the upper-hand on the first set of Michelin tyres, Charles Milesi went to the top of the order with seven minutes remaining in the session. Yifei Ye answered back, but Charles Milesi stamped his authority on the group with a lap of 1:30.682s to get the better of the leader in the general classification, who was followed by Lorenzo Colombo, Max Defourny and Logan Sargeant.