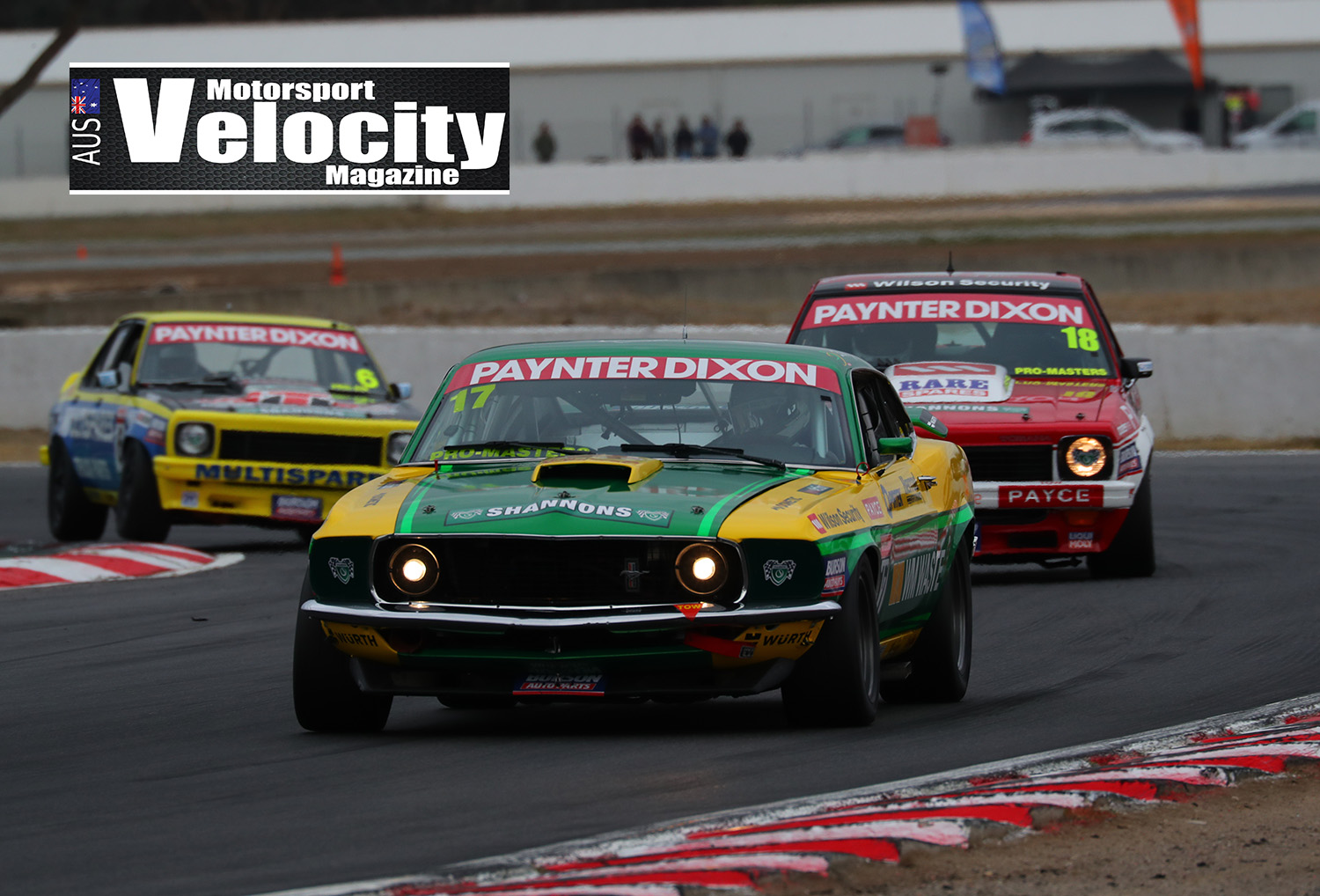 Steven Johnson took the round win at Winton after a dominant performance in three of the four races. John Bowe looked set to battle Johnson for the round win until a mechanical issue took the edge off the Torana in race 3. Andrew Fisher was among the leaders throughout the weekend as he looked to get his campaign back on track after a pre-season testing incident at the same circuit almost brought his season to a premature end.

John Bowe took first points with a last lap win in the reverse grid race. Bowe just managed to catch and pass Jason Gomersall on the last lap for the win, with Tony Karanfilovski 3rd. Andrew Fisher took 5th in ‘Abagail’ his Jesus Racing GTHO Falcon as the team made progress with the set up of the recently repaired car. Steven Johnson struggled to 12th place as he found it difficult to match the more nimble Torana in traffic.

Johnson struck back to record a lights to flag win in the second race with Bowe close behind. Ryan Hansford, Adam Bressington and Mark King rounded out the top 5. Andrew Fisher, Cameron Tilley and Bruce Williams fought it out for 6th with Fisher the victor as an incident between Tilley and Williams saw William’s Torana spin off at turn 4.

Steven Johnson and John Bowe resumed their dogfight in race 3, though Bowe’s challenge soon faltered when a power steering pipe broke. Bowe managed to continue but was hampered by the problem and dropped to 7th at the finish. Ryan Hansford inherited 2nd place from Adam Bressington and Andrew Fisher, while Bruce Williams rounded out the top 5.

The final race had barely begun before a lengthy Safety Car period reduced the event to a short sprint. Contact between Bressington and Williams on the run to the first corner. The impact broke the steering on William’s Torana and he was fortunate to avoid further contact with other cars.

Johnson looked set for victory when the race finally resumed, however an error at turn 11 on cold tyres paved the way for Adam Bressington to take the lead and the race win. Ryan Hansford also managed to move past the green and yellow Mustang as Johnson tried to recover. Johnson managed to stay ahead of John Bowe to take 3rd place, while Jason Gomersall, Andrew Fisher, Tony Karanfilovski, Mark King and Cameron Tilley completed the top 10.