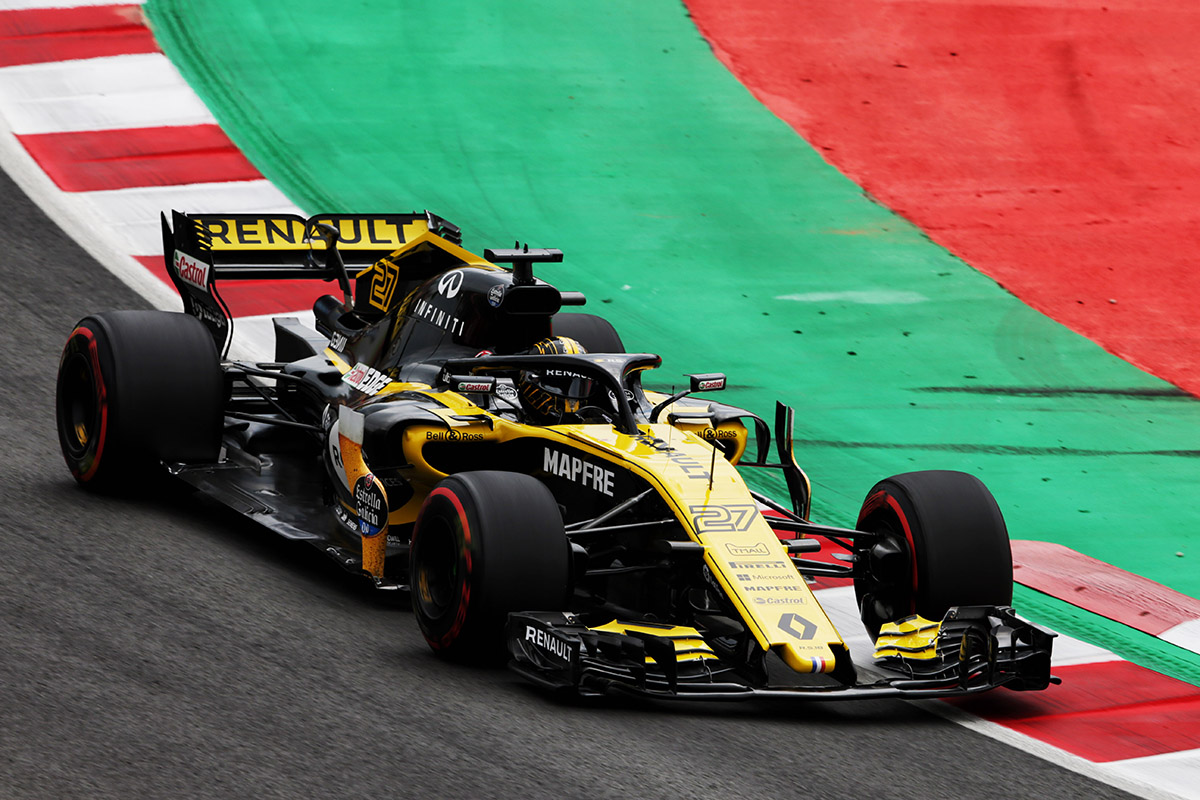 Carlos lapped the 4.6km Circuit de Barcelona-Catalunya in 1min 17.790secs. Nico Hülkenberg was unfortunate to suffer from a fuel pressure issue during the Q1 session, meaning he was only able to set the afternoon’s sixteenth fastest time.

Nico Hülkenberg, #27, R.S.18-02, Q: P16 1:18.923 FP3: P11 1:18.905
“We had some problems with the fuel system causing the pressure to drop which impacted on power delivery. This was very unexpected and we’ll be looking into why it’s happened. It will make our day tomorrow more difficult as we know overtaking is very tough around here. We’ll have to work out a strategy and hopefully come through it. We’re still aiming to clinch points. We’ll try our best and race hard.”

Carlos Sainz, #55, R.S.18-01, Q: P9 1:17.790 FP3: P8 1:18.783
“It was a good qualifying! We’ve turned things around well since yesterday and the team has done a great job putting a much better and quicker car together. Yesterday we knew making Q3 was going to be very tough, but we worked hard, made changes and improved a lot. Tomorrow I’m confident we can have a strong race; we’re in the top ten and the target is to keep scoring points. We’re starting the race on the Soft tyre with an ideal strategy to hand. I’m looking forward to putting up a good show for my home crowd!”

How was qualifying for the team?
Carlos did a fantastic job at his home Grand Prix, especially setting his Q2 time on the Soft tyre, which we felt was very similar, if not a little quicker than the Supersoft. Nico had a fuel system problem and he wasn’t able to put a lap together because of the fuel pressure drop outs. That’s something we’ll address. It was a session where we stayed flexible and reactive with our programme and Carlos stayed open-minded and flexible to do a good job with this. We started the weekend with the car not performing as wanted but improved it every day, so we’re hoping for more to come tomorrow.

What are the considerations for tomorrow’s race?
We need to see what we can do for Nico with a free tyre choice and plenty of tyres in hand; it’s still possible for a good result for him. Carlos’ race is more straightforward, he will start on the Soft tyre and I’d imagine it will be a similar strategy to others around him.