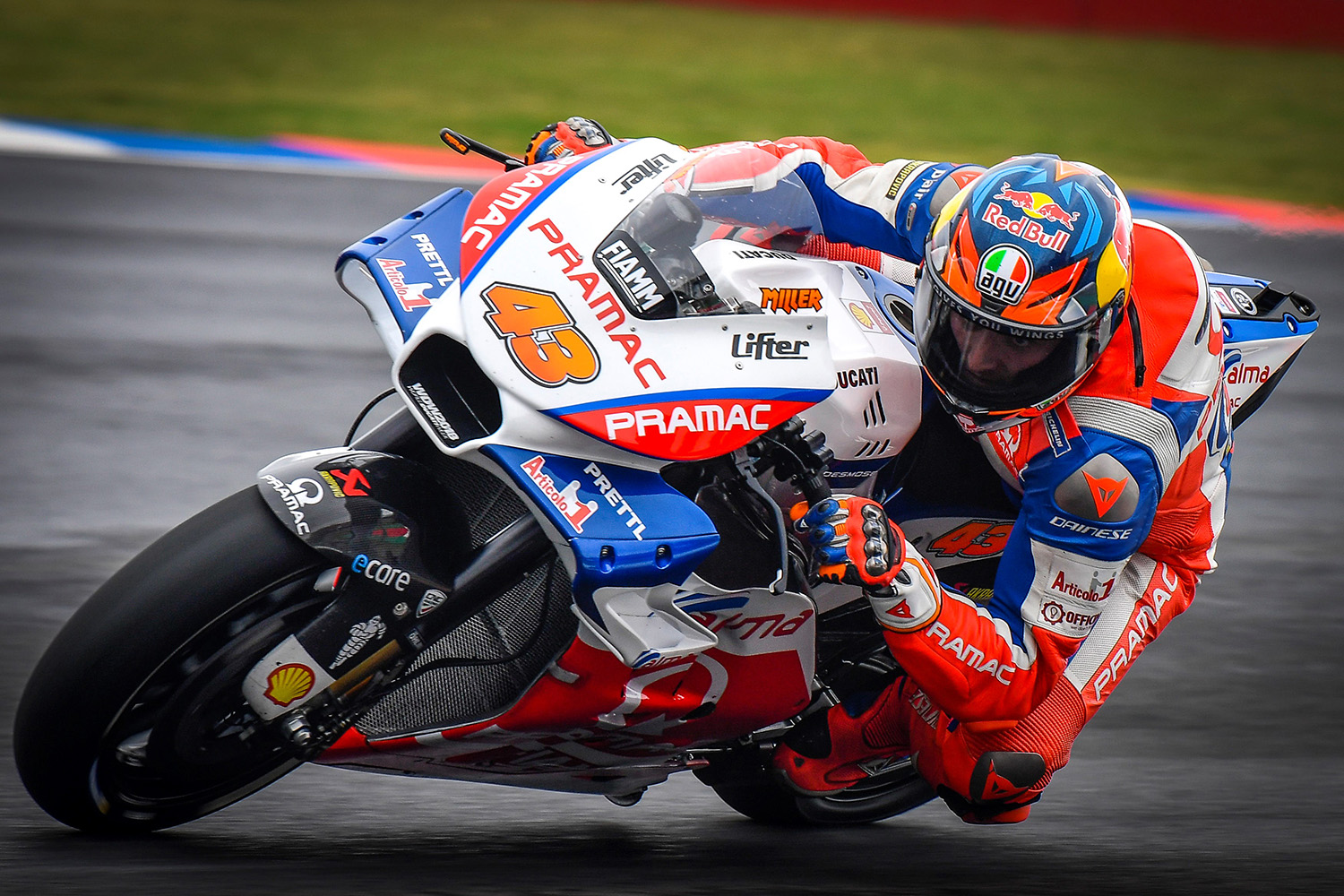 Johann Zarco (Monster Yamaha Tech 3) was 0.212 seconds off the Australian’s time to put himself third on the grid and impress once again, with the Frenchman now having taken an incredible six front row starts in a row.

After impressing all weekend, Tito Rabat (Reale Avintia Racing) will launch from fourth – his best premier class qualifying by some margin and on for a provisional front row until the end of the session. Team Suzuki Ecstar rider Alex Rins lines up fifth after another impressive performance, while Marc Marquez (Repsol Honda Team) couldn’t convert his superior Free Practice pace into pole and the reigning World Champion starts sixth. Initially heading out on his second run to gamble on slicks, the number 93 gave it one lap before coming back in to switch back to wets. “Too much risk,” says a rider thinking of the Championship.

Q1 graduate Aleix Espargaro (Aprilia Racing Team Gresini) – who was the early pace setter in Q2 after eclipsing the Ducatis – heads up the third row of the grid in seventh. Meanwhile Championship leader Andrea Dovizioso (Ducati Team) starts eighth on the grid after progressing through from Q1 and is fairly satisfied with the result, with 2017 winner Maverick Viñales (Movistar Yamaha MotoGP) lining up alongside the Italian in ninth.