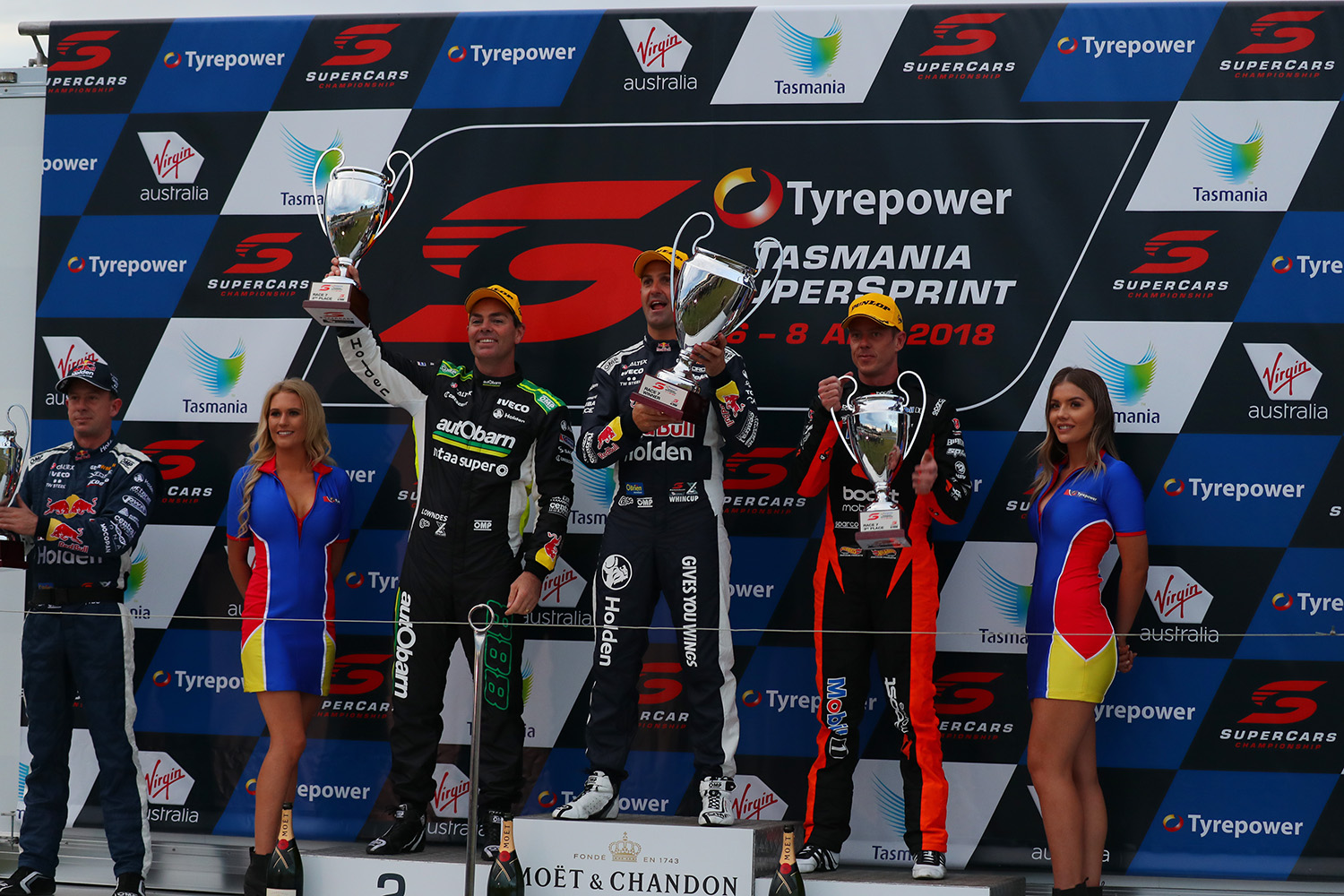 Red Bull Holden Racing Team dominated qualifying for the first race of the weekend for the Supercars. Shane van Gisbergen cast aside the handling woes from the AGP to claim pole position in an experimental three phase qualifying session from teammate Jamie Whincup. Scott McLaughlin was the thorn in the side of the trifecta and took third, just ahead of the Craig Lowndes Autobahn car.

McLaughlin played a lone hand as the only non Holden entry in the top 10. The next of the blue oval brigade was Fabian Coulthard in 11th, while the Tickford cars were sandwiched in the mid-pack.

Lowndes moved past McLaughlin at the start of the race to set up a 1-2-3 for the Triple 8 Holden stable as the field moved through the first turns largely unscathed. Richie Stanaway became the first casualty of the race on lap 3, after contact with Simona DeSilvestro. The Tickford car spent 6 laps in the garage as the mechanics rectified a steering issue.  Cameron Waters was also pushed to the infield after contact with Rick Kelly at turn 2. The incident to be reviewed by the stewards post race.

Chas Mostert moved backwards early in the race and found himself demoted to 18th by Michael Caruso, who was on the charge.

Shane van Gisbergen took an early stop on lap 6, which handed the lead to Whincup. The reigning champion replied with the fastest lap of the race to date as he set about establishing an advantage before his pit stop. Scott McLaughlin pitted a lap later and returned to the track slightly ahead of van Gisbergen. The pair made contact at turn 3 as van Gisbergen looked to pass, the Holden driver then dived up the inside at the hairpin, taking advantage of his warmer tyres.

Whincup and Lowndes pitted at the end of lap 11. They re-joined ahead of van Gisbergen, though Lowndes surrendered 2nd when he ran wide at the hairpin on cold tyres. The trio moved back through the field from the middle of the pack. David Reynolds led the drivers that had elected to take a later pit stop, though the race lead was effectively a battle between Whincup, vanGisbergen and Lowndes. Whincup had moved into 14th, with a 3.5 sec gap to the other two. Scott Pye became the leader on lap 20 when David Reynolds eventually stopped for tyres.

There was drama for Chaz Mostert as he stopped the Super Cheap Falcon in the pitlane with flames under the car. The exhaust had suffered a knock and had been turned under. As Chaz climbed out of the car he appeared to have been affected by fumes from either the initial fire or extinguisher gases and stumbled into the team’s garage.

“Obviously I can’t talk when someone’s on the radio and sitting there with fire extinguisher coming in, yeah, it’s not a very good environment. There was just a lack of communication what was going. On the radios, you’ve got someone going stop and not telling you what the problem is.”

As the last cars made their compulsory pitstops, Whincup moved towards the front of the field. Craig Lowndes moved past Shane van Gisbergen at turn 6 on lap 26, the pass sent van Gisbergen wide and James Courtney took advantage to move into 3rd at turn 7. Shane van Gisbergen appeared to have some form of issue and was soon overtaken by David Reynolds and Fabian Coulthard. Tim Slade looked fast on his new rubber and pushed Scott McLaughlin back to 7th on lap 31 of 50.

Ryan Storey reported that an electrical sensor issue was slowing the number 17 Ford.

Jamie Whinup held a 3.5 sec lead on lap 38 from Lowndes, James Courtney, David Reynolds, Coulthard, van Gisbergen, Tim Slade, McLaughlin, Jack Le Brocq and Scott Pye. Reynolds had moved closer to Courtney and was applying the pressure as he looked for a way around the Walkinshaw Andretti United car.

LeBrocq got the Tekno Commodore off line into turn 1 and lost 9th place to Scott Pye shortly after at the hairpin. Positions remained fairly static over the final laps with Whincup going on to win the race from Lowndes and Courtney, who had managed to resist the challenge from Reynolds in the Erebus badged Commodore. Fabian Coulthard, Shane van Gisbergen, Tim Slade, Scott Pye and Jack LeBrocq rounded out the top 10 finishers.

Whincup’s victory squared the ledger with teammate vanGisbergen on 2 wins a piece, while McLaughlin, Pye and Reynolds have 1 win each.

The second race for the weekend and Race 8 for the 2018 Championship starts at 2.05pm local time after another 3-part qualifying mid morning. 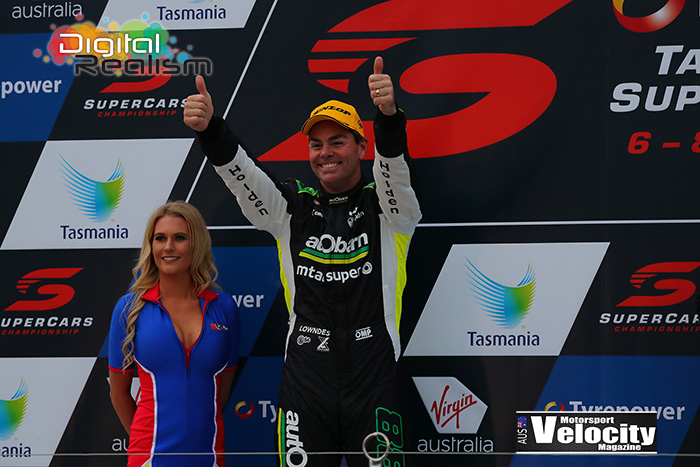