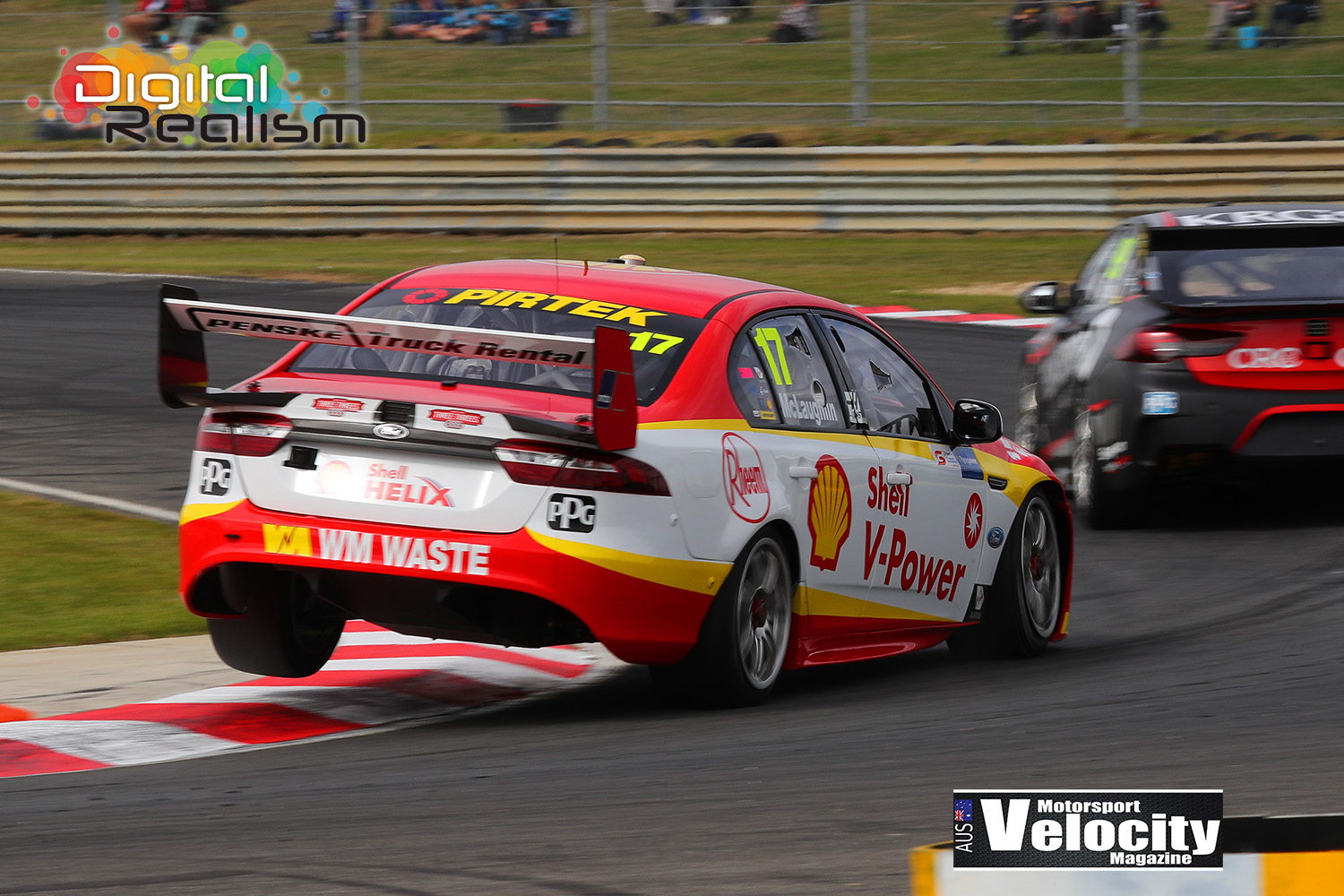 Both cars spent the majority of the opening session on used tyres, tuning to the circuit conditions. Coulthard and his crew looked to rectify some initial braking issues, overcoming them to set the fastest time of opening practice, with six minutes left in the session.

It was only eclipsed by two drivers very late, to make Fabian third. McLaughlin worked on curing oversteer, which after some changes became understeer late in the session. The times around this 2.4km (1.4 mile) circuit are always tight, with one-second covering all 26 runners. McLaughlin in 9th was only three-tenths off the top time. Practice 2 felt like a qualifying session, with a place in the Top 10 guaranteeing immediate promotion to Qualifying 2 tomorrow.

The goal for this session was for both cars to be inside that Top 10, which was achieved mid-session, when both Scott and Fab went under the existing Practice lap record to take first and second. Later in the session several cars improved, to put Scott 4th and Fabian 6th. As a result, they will skip Q1 and go straight to Q2 tomorrow. Practice 3 begins at 11:05am local time tomorrow.

COULTHARD QUOTE: “The objective for today was to get into Q2 and not have to burn a set of tyres in Q1, so to get both cars into that is a credit to everyone here at Shell V-Power Racing. They’ve done a good job giving us quick cars. Obviously those Holdens are fast, but I don’t think they’re too far in front. We can make up the difference. We’ll work on the car overnight to improve it a bit, to make it a little bit nicer. The level of driving  has definitely stepped up, everyone is pushing very hard so it’s put a different spin on Friday Practice.”

MCLAUGHLIN QUOTE: “Getting into Q2 was the first aim. We were always confident of doing that, but after the first session we had work to do to make the car better. We did that, which was good, but I think we can still make it better again. The time is in the car, and I think we have the potential to be in front of what was quickest today. We’ll go away, sleep on it and come back tomorrow stronger.”