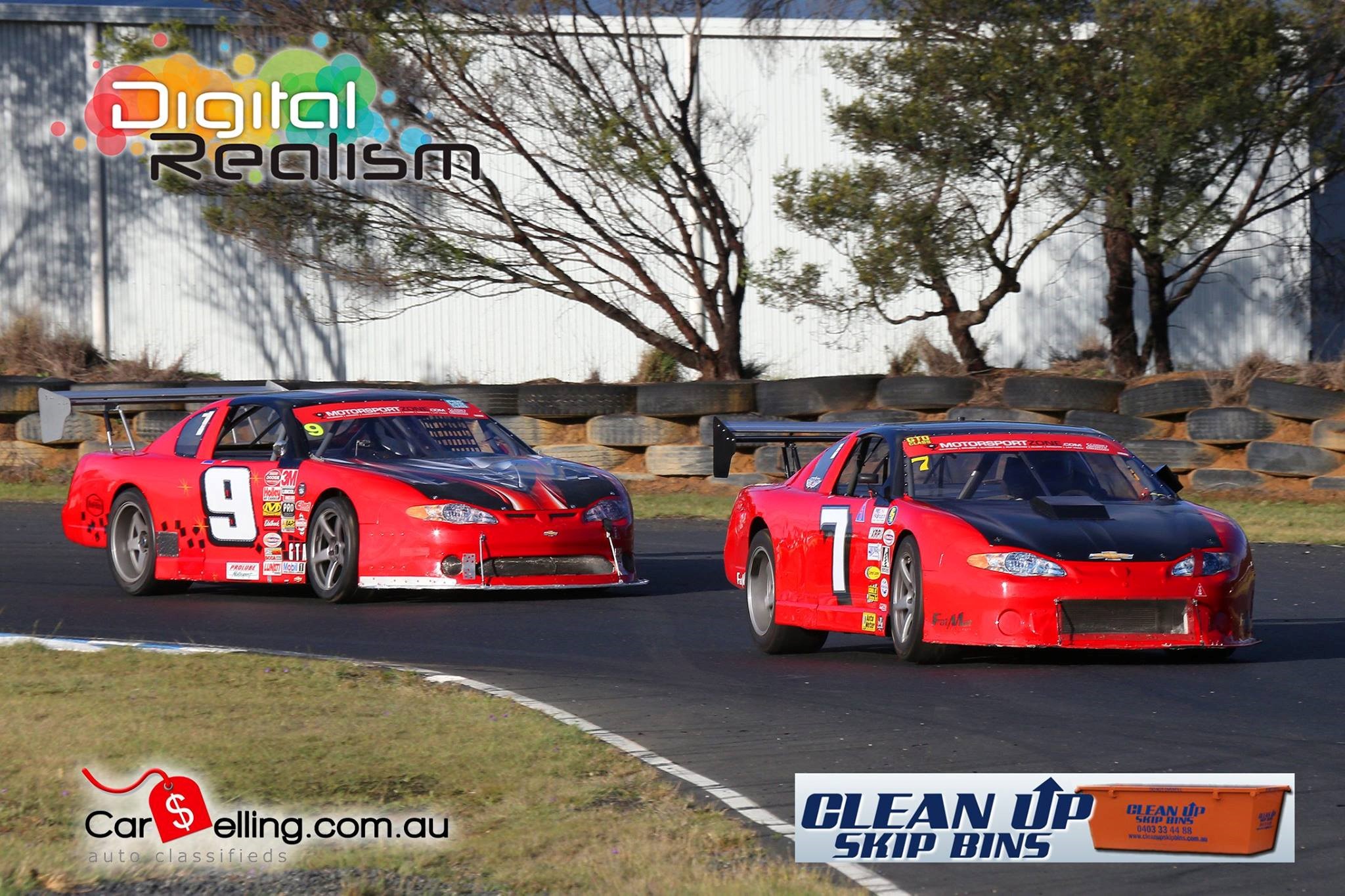 In this weeks driver profile we meet George Kulig a real racing character hailing from Queensland, in this profile we let George loose with his pen (type-writer actually!!) and so he has penned this story for us, its our pleasure to introduce you to the Real George Kulig… enjoy.

“My interest in cars goes back to the late 60’s when I was growing up in Brisbane’s north-west.  I spent a lot of time with my father who was a motor mechanic, tinkering with his MK3 Ford Zephyr.  We did anything to make it fast, the twin carburettors and noisy exhaust were my favourite.

As I grew into my teenage years, I gained a lot of experience working weekends and school holidays at local service stations pumping gas and performing grease and oil changes as it was known back then on Australian cars like old Holdens, Fords and Valiants.

In the 70’s catching a train to the EKKA speedway on a Saturday night and jumping the fence with my mates was the norm. I loved the smell of race fuel and became hooked on racing.

After several arguments with my parents as to why I shouldn’t become a motor mechanic, l put my feelers out to all the workshops I had pumped gas for. A few days later I secured an apprenticeship at Mobil Ashgrove, then operated by Peter Draney – a well-known speed car owner and business operator.

Working at a general repair workshop meant that I learnt a lot more than a dealership apprentice, which became obvious when attending South Brisbane Technical College. Between my mates from other general workshops, it was an ongoing joke how to repair a worn component like a water pump and not just replace it like the guys at Metro Ford Spring Hill did. I gained more technical experience as I was involved with engine reconditioning and cylinder head work which was my specialty at the time.

My memories of watching Peter Brock and Dick Johnson doing battle at Lakeside racetrack were some of the best times. Not to mention the silly antics that followed like a good burnout in my mate David’s EJ Holden, with the hot 186 engine that we built and cost me the loss of my licence for 3 months and sent me back on P plates.

My first car was a HR Holden, which at the time was very affordable and kept swapping them like underpants! Over time I owned a dozen of them – utes, wagons, panel vans. I spent weekends sleeping in the back up the coast or out west on shooting trips.  Finally, I applied for a loan and purchased a genuine LJ XU1 Torana, burnt orange in colour. It was then I started to try my hand at club sprints at Surfers Paradise race track. Still being on apprentice wages at the time, it took me a long time to save up for some track tyres and found out quickly they would be wasted by the end of the weekend.

Some of my mates were buying XW and XY V8 Falcons so I followed suit but could only afford a XY Fairmont. Naturally, it wasn’t long until I fitted a 351 Cleveland and with a little tuning I was competitive on the highway again. A friend of mine owned a 4-cylinder clubman and we raced it at Lakeside when we could save enough for a race weekend.

Before I knew it, I was getting married and the usual expenses like mortgage payments and costs of family life soon put a stop to my horsepower addiction. Four boys came along (Michael, Andrew, David and Justin) which meant high costs of private school education and I had to work harder and longer. At the time I was a workshop manager looking after a fleet of trucks for a concrete company, this lead to a promotion and for the first time in my life I was on salary with a company car working there for approximately 13 years.

An opportunity came up to start my own business to manufacture retractable tarping systems for the transport industry. With the help of my parents, I started the business from the backyard with my brother, Bob Kulig. Over the span of 15+ years the business grew from the back yard to a full factory site at Brendale.  With 24 employees and lots of headaches, it was at that time I decided I needed a stress relief in the form of motorsport.

My eldest son, Michael Kulig, was interested in turbo cars and purchased a 180SX Japanese import. Soon enough we were rebuilding engines and upgrading horsepower, it was then that I became involved with turbo engines and purchased a R33 skyline that I built with the help of Michael in 2003.

The smell of race fuel bit hard with constant upgrades to stay competitive in local sprints and race meetings. Having run the skyline for about 10 years with our fair share of reliability problems and 7 engine builds we soon learnt that running 700 horsepower and being tortured by high heat values in circuit racing applications was always running on the edge of detonation. The car towards the end of its 10-year track torture weighed in at 1600kg race weight and amazingly managed to run in the pointy end of the field and bringing home lots of trophies.

About 4 years ago we purchased two Chevy LS powered Howe chassis Monte Carlos, which we are still running with lots of success. Both cars are well known locally and run at QR racetrack, Lakeside and Morgan Park.

Michael and I are known as the father and son team and race together in sports sedan categories and have finished on the podium 1st and 2nd quite often. I was fortunate enough to win the CAMS 2016 State Championship and finally ticking that achievement off my bucket list. Michael is the fastest driver between the two of us and holding some bragging rights like running a 53 second around lakeside and into the 1.15’s at Morgan park on the big track.

Recently I have purchased a new Camaro TA2 race car to run in the new Australian TA2 series and Michael will be taking the wheel duties. This will be a new adventure for our team and we look forward to racing various tracks around Australia including the likes of Bathurst, Sydney Motorsport Park etc. Our team consists of Michael Kulig (driver), George Kulig (Pit crew and team owner), Bob Kulig (pit crew) and Grant Draney (our favourite crew chief).

With our experience to date we are looking forward to some series achievements.”

Do you have a story you want to tell??? If so use our contact us page to tell us all about it.