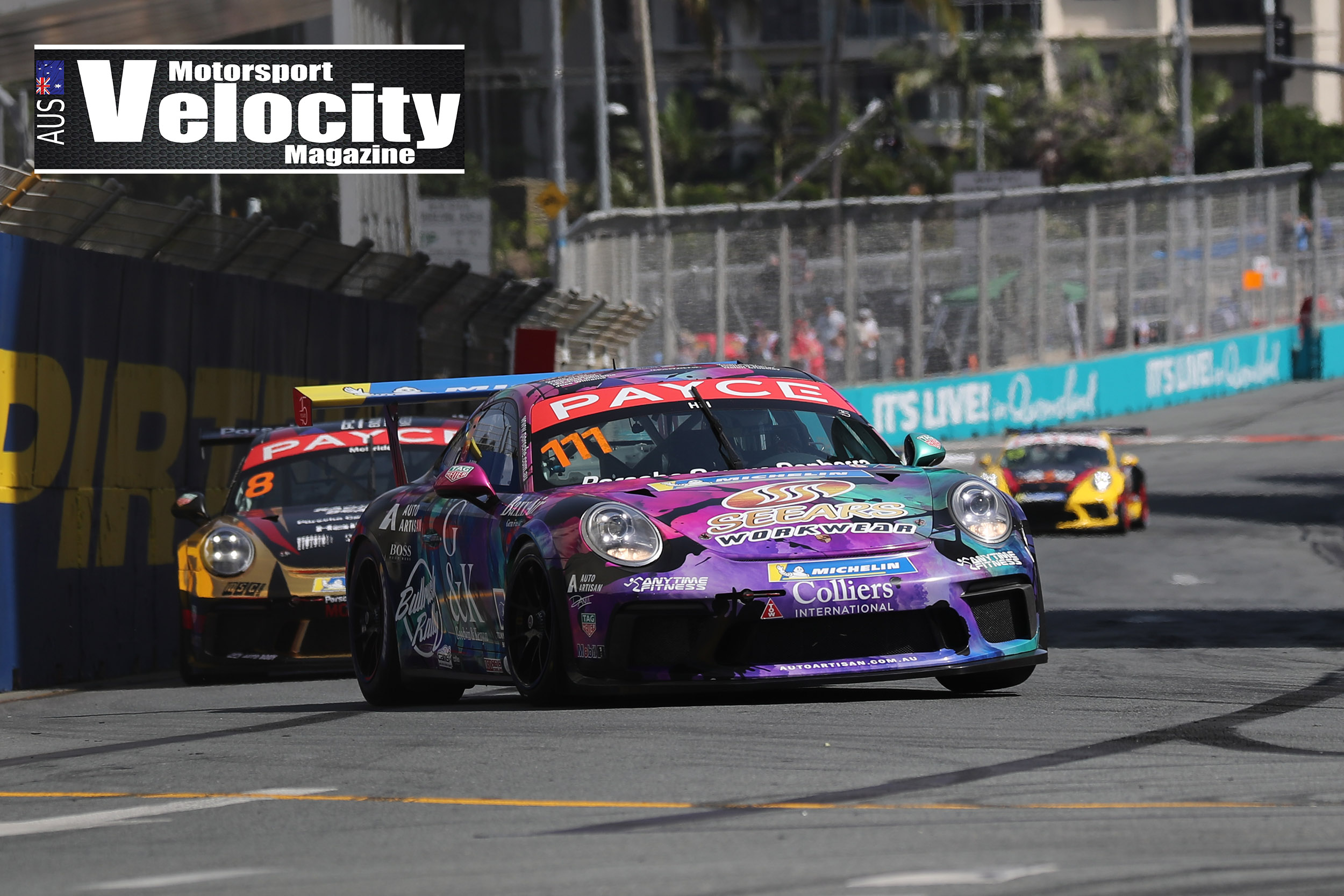 Cameron Hill has completed his 2019 Porsche PAYCE Carrera Cup Australia campaign with an overall podium finish at the Gold Coast street circuit, thanks to a pair of top-three results in today’s two races.

After finishing fifth in yesterday’s opening race, Hill avoided a first-corner incident between a pair of his rivals to move up to third in Race 2, and finished the season off with second place in Race 3.

After the final race, Hill admitted he was fortunate to escape a brush with one of the track’s many unforgiving concrete walls.

“I slid wide into the wall at Turn 11, but fortunately I hit it square-on and it didn’t do any major damage, apart from slightly tweaking my steering angle.”

Hill said the podium finish demonstrated the value of solid teamwork and a never-say-die attitude.

“After I qualified seventh on Friday, I thought a podium result was going to be a long shot, with overtaking being so difficult at this track,” Hill said.

“We never gave up, we kept improving the car and I was able to gain positions in all three races. It shows how far we’ve come as a team, it’s an excellent way to finish the 2019 season, and it allows us to carry some strong momentum into 2020.”

Hill finished sixth in the final Carrera Cup standings, a three-place improvement on last year. He said the upturn in results – highlighted by his maiden pole position and win at Darwin in June – provides a good platform to build upon.

“Compared to last season, we’ve made a massive amount of progress, and we’re now at a stage where we know we can qualify and race in the top five everywhere we go, with a chance of challenging for podium finishes,” he said.

“The next step is to be scoring consistent podiums and contending for regular race wins, which is our goal for 2020.”

Hill thanked his team and sponsors for their support throughout the season.

“Every member of our small, family team has worked tirelessly all year, and we’re also blessed with some dedicated sponsors who have been generous with their support,” he said.

“To everyone who has backed our campaign this year, I say thank you from the bottom of my heart.”