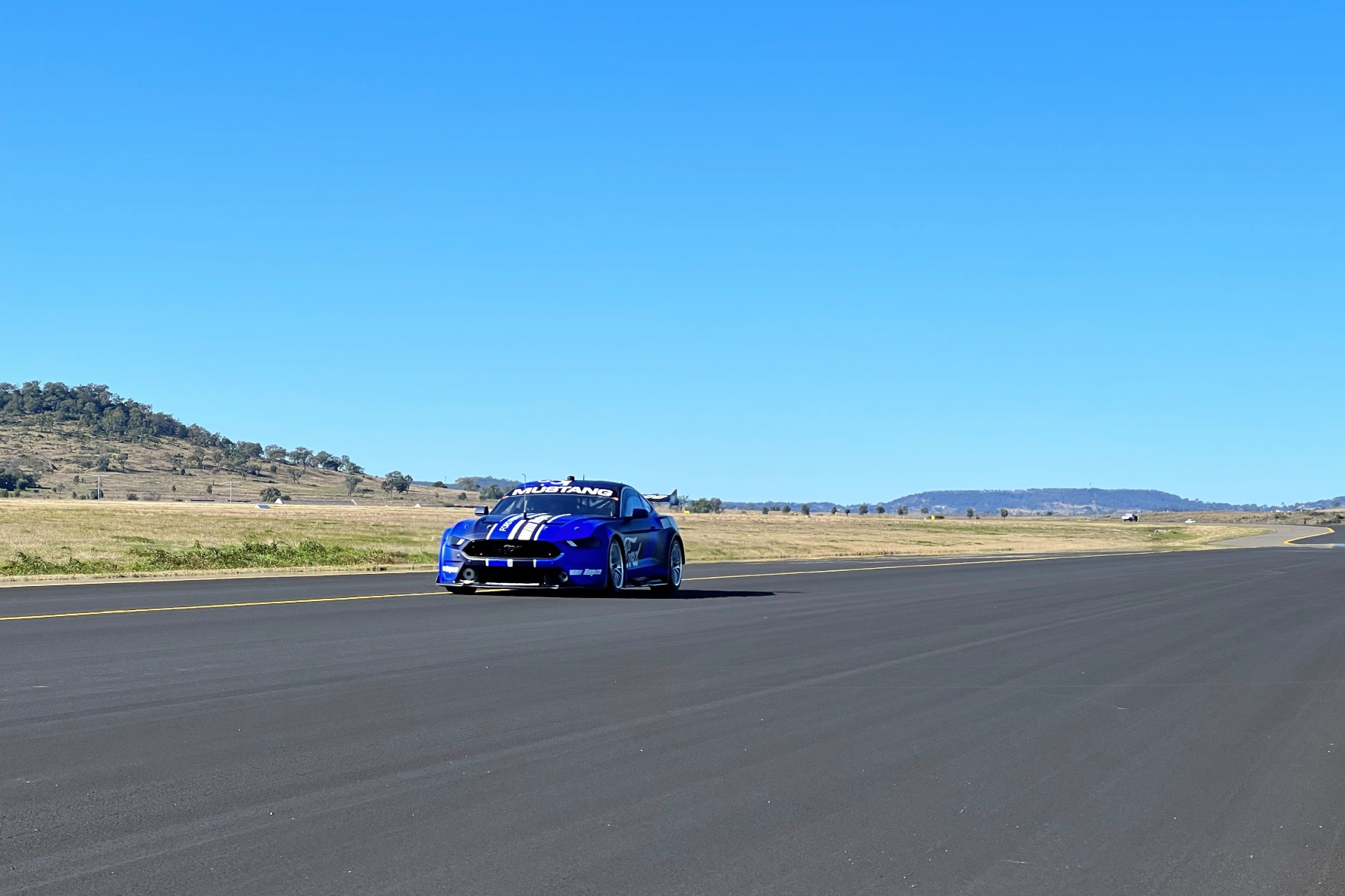 The much-anticipated introduction of Supercars’ Gen3 Ford Mustang and Chevrolet Camaro in 2023 took another step forward this week, with the prototypes run through aerodynamic parity testing.

The Camaro and Mustang were tested at Toowoomba’s Wellcamp Airport, two hours west of Brisbane.

Erebus Motorsport driver Will Brown, a Toowoomba-native who flies his own plane in and out of Wellcamp, dropped in to observe.

Supercars technical staff were joined by members of the homologation teams from Triple Eight Engineering and Dick Johnson Racing for the straight-line testing.

Thursday’s running was the first genuine aerodynamic testing of the Gen3 cars, and the results pleased those involved.

“We’re very much encouraged with where the two cars are,” Supercars Head of Motorsport Adrian Burgess told Supercars.com.

“The cars were in different configurations, but the numbers are backing that up.

“We’re here to refresh all our processes, software and calculations. It’s about putting our technical staff and the homologation teams into a co-operative space.

“We’re also sharing our data with D2H Advanced Technologies in the UK; they’re supporting us in real-time checking through the data.

“There is correlation with our numbers and what we’re seeing in CFD, which gives us great confidence.” 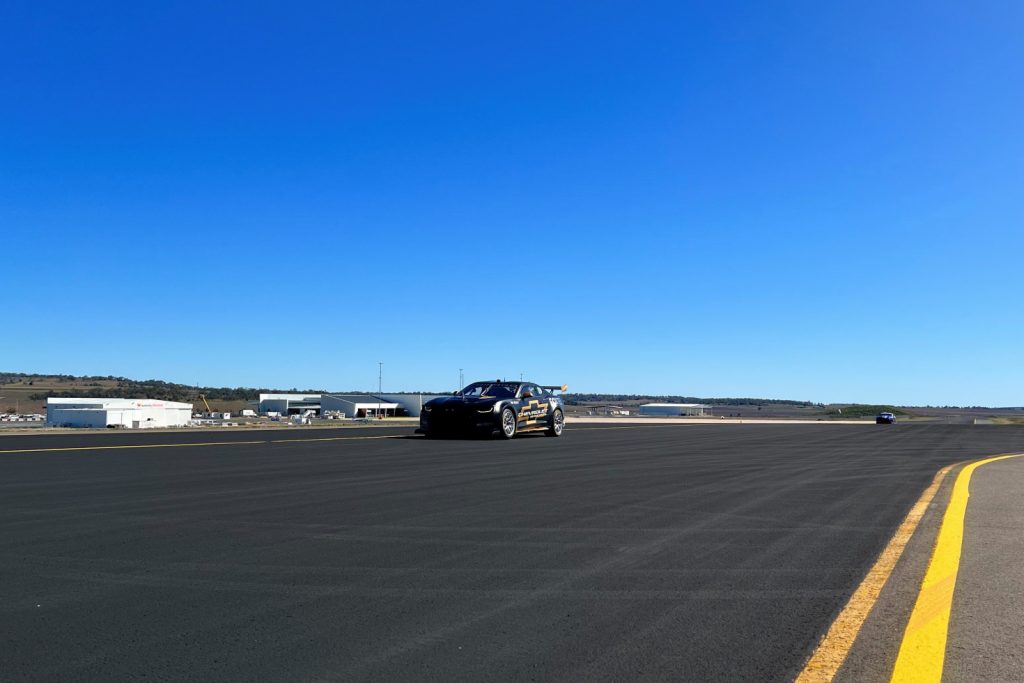 Prior to this week’s running, the prototypes have been taken to a number of different circuits as technical crews continue to gather crucial data which will be packaged and sent to teams.

The prototypes will next feature on track for fans at the upcoming NTI Townsville 500 from July 8-10, the first time the Camaro and Mustang will be seen on track in North Queensland.

“We’ll turn our attention back to track running after this test,” Burgess said.

“When you design a new car, you need to put it through its paces to validate everything.

“This is all in preparation for the official VCAT, which will happen later in the year.

“We’re producing two cars that will be evenly matched and fans can enjoy the racing. Our series it built on technical parity. It always has been and always will be.

“Next February when cars are testing, and next March when they’re racing, will be a great time for everyone.”

Teams will return to Hidden Valley for next week’s Merlin Darwin Triple Crown which will be broadcast live on Fox Sport 506 and Seven while Sky will broadcast the event in New Zealand.

The inaugural Supercars Indigenous round will also be streamed live via Kayo.