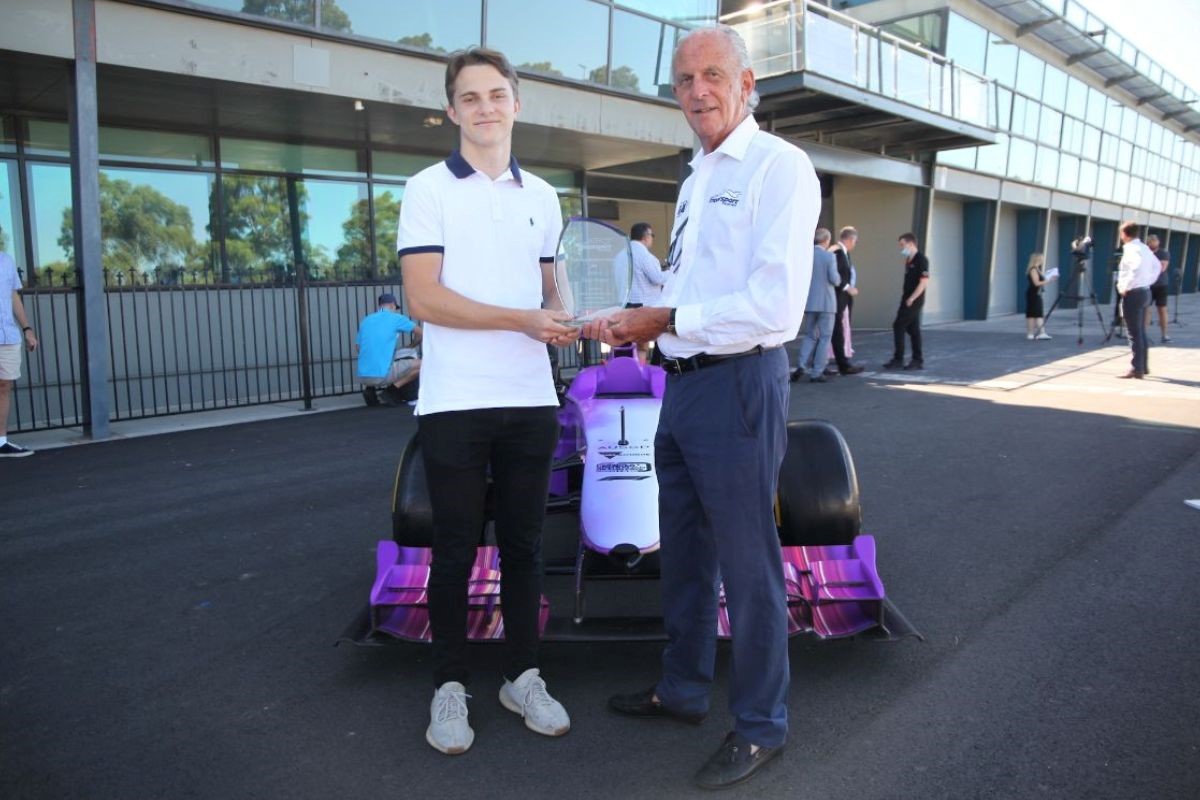 Oscar Piastri has been named as the 2021 Sir Jack Brabham Award winner for the second consecutive year – highlighting yet another impressive year in motorsport.

The award, which was named in honour of Australia’s first ever Formula 1 World Champion Sir Jack Brabham OBE, is one of Motorsport Australia’s highest honours and recognises outstanding achievements and success by an Australian motorsport competitor at an international level.

While Piastri joins IndyCar star Will Power as the only driver to win the award twice, the 20-year-old becomes the first driver to ever do it consecutive years.

A highly deserving recipient of the award, Piastri has had a remarkable rise up the international ranks in recent years, which has seen him win three of the most highly regarded junior categories.

While his Formula Renault Eurocup title in 2019  was impressive enough and helped him earn a seat as an Alpine Academy driver, 2020’s FIA Formula 3 Championship title in a rookie year put him on the map as an emerging talent and he was duly awarded his first Sir Jack Brabham Award by Motorsport Australia.

Following his 2020 feats, Piastri then claimed the FIA Formula 2 Championship title in 2021, establishing him as one of the best junior talents in the world. This success also saw him rewarded with the exciting role as Alpine’s reserve Formula 1 driver for 2022.

In claiming his F2 title, the Victorian driver showcased his maturity and skill with a season full of success, proving he is ready to make the step up to Formula 1.

Six race wins, five additional podiums, five consecutive poles and a 62-point gap between he and the second placed Robert Shwartzman illustrated the Australian’s dominance at the top junior level.

Following on from his most successful ever campaign in a race car, Piastri was extremely proud to wrap up the year with the Sir Jack Brabham Award.

“I am very honoured to receive this award for the second consecutive year. Obviously the first time was special in itself but to do it again is just incredible,” Piastri said.

“A big thank you to the Motorsport Australia Board for choosing me as this year’s Sir Jack Brabham Award recipient – it’s quite special knowing that I am in the rare company of people to have won the award twice, with Will Power being the only other.

“Receiving the award is certainly a nice way to cap off a year where I won the Formula 2 Championship as well as other awards like the FIA Rookie of the Year and Bruce McLaren Trophy.

“While it might not directly compare to the thrill of winning races or the championship title, I’m still very appreciative of these awards because they are linked to my success and are a nice bonus for all my hard work.

“As for my on-track performances, I was amazed that I went back-to-back with Formula Renault and Formula 3, but to win each of top three junior categories was amazing – you really couldn’t have written the script of the past three years any better.

“I have had my time to celebrate but now I am fully focused on a big 2022 and I feel like I am peaking at the right time.”

Motorsport Australia President Andrew Fraser was full of praise for Piastri and congratulated him on his award.

“To win this award once is a very special feat but to win it twice is a remarkable achievement and Oscar is a highly deserving recipient of the 2022 Sir Jack Brabham Award.” Fraser said.

“Oscar is a once-in-a-generation driver and not many individuals come close to experiencing the sort of success this young man has accumulated over the years.

“I wish him all the best for his year as Alpine’s F1 Reserve Driver and hopefully we will be seeing him in the FIA Formula 1 World Championship sooner rather than later.”

“Oscar Piastri has proven to be an incredibly talented driver and I congratulate him on being awarded the Sir Jack Brabham Award for the second time,” Westacott said.

“No driver has received this prestigious award twice, let alone back-to-back. It’s a true testament to how skilled Oscar is behind the wheel, and I cannot wait to see what lies ahead for him in Formula 1.”

Piastri was presented the award by former Ferrari driver and Motorsport Australia’s Tim Schenken in front of media at Albert Park.