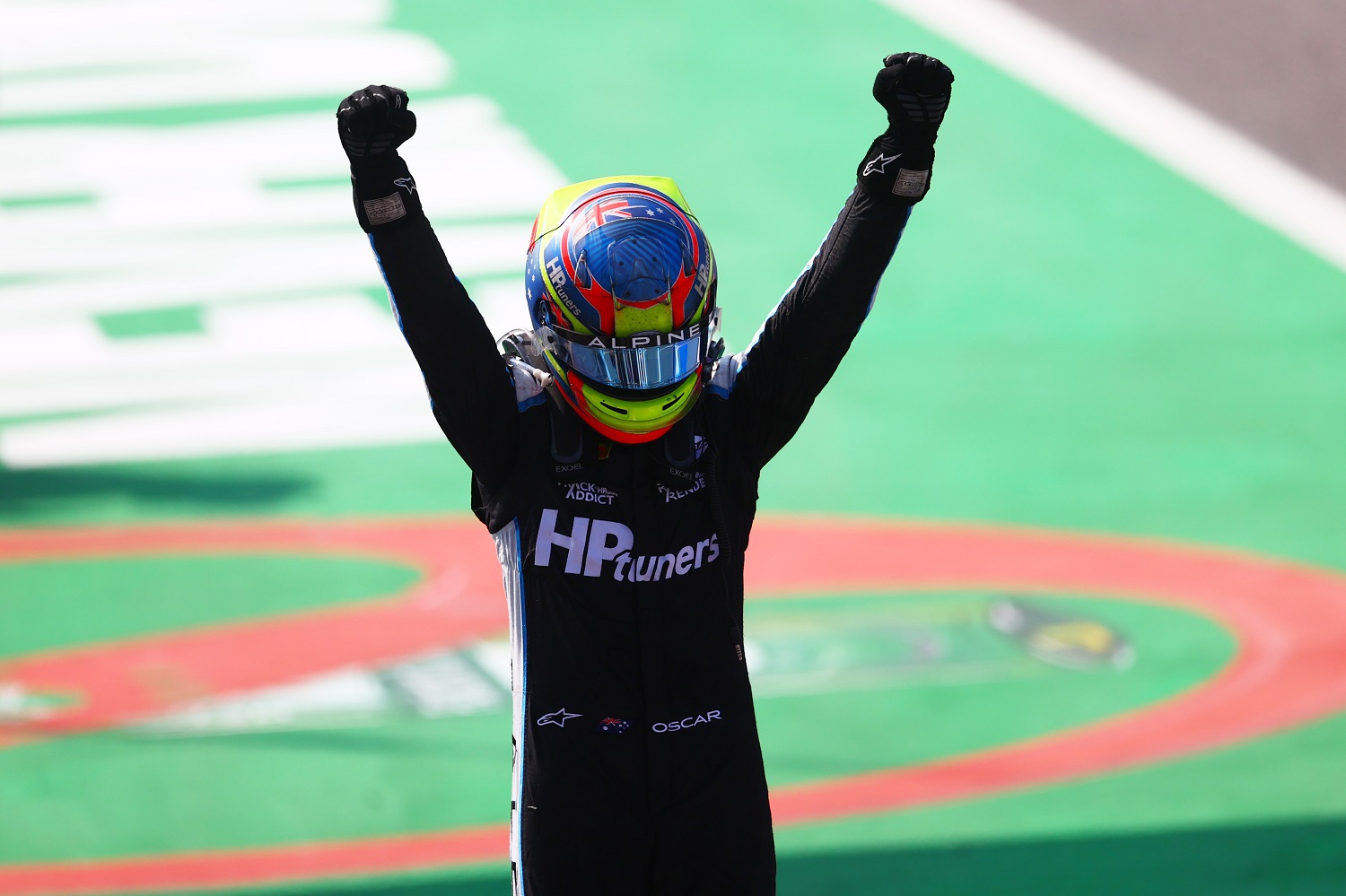 Oscar Piastri clinched a dominant first Feature Race win, beating Guanyu Zhou at Monza to extend his Championship lead. The duo were sparred a late battle with the rapid Dan Ticktum on fresh soft tyres as the race ended under Safety Car conditions, with the Carlin in third. 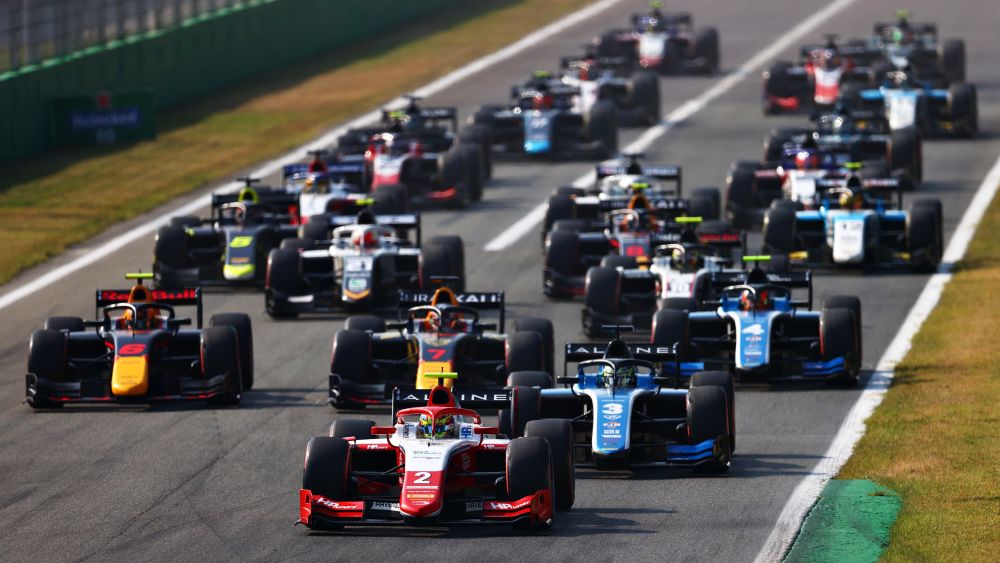 Piastri had been unable to convert pole in the previous round at Silverstone, losing out to Zhou when the lights went out but looked to have learned from the experience and completed the opening lap at the front. Jumping from third to second off the line, Zhou kept the pressure on throughout the race but was unable to find a way past his title rival.

As the highest placed driver on the alternate strategy, Ticktum was handed a shot at victory by a Safety Car with five laps to go. Eight overtakes on the option tyre followed, before he was stopped by Bernd Mayländer’s Mercedes, brought out after a collision between David Beckmann and Bent Viscaal.

Sprint Race 1 and 2 winners Théo Pourchaire and Jehan Daruvala missed out on another podium, settling for the final two places in the top five.

Piastri enjoyed a strong getaway from pole, but Daruvala was sluggish from second and got mugged by both Zhou and Liam Lawson. The field weren’t able to all make it through to the second lap as Guilherme Samaia spun to a stop at the back and brought out a Safety Car.

Action resumed with 25 of the 30 laps to go and Piastri darted back off into the distance, as Lawson sprung an eye-catching move on Zhou at the chicane to steal second from the unsuspecting UNI-Virtuosi racer.

Jüri Vips’ race was run by Lap 8. The Estonian appeared slow at the chicane and was bopped by Dan Ticktum, before pulling over and clambering out of his Hitech Grand Prix.

The Safety Car returned to get rid of the Hitech and gave those on the options a chance to make their mandatory stop. This handed the lead to Ticktum – on the alternate strategy – who seemed to have avoided any damage from his ding with Vips.

Lawson lost track position in the pits, returning ninth, behind Piastri, Zhou and Daruvala. The Virtuosi and the Carlin started squabbling when racing resumed, with both drivers forced to cut the chicane on successive laps and arguing on the radio that they were forced wide. The Stewards took a look but decided that it was six of one, half a dozen of the other.

Drugovich was dumped at the back of the pack after a tangle with alternate strategy runner Alessio Deledda left him needing a new front wing.

Pourchaire robbed Lawson of sixth and pulled up into the rear-view mirror of Daruvala. The Carlin driver held him off for several laps but eventually surrendered the position with eight laps to go.

Things got worse for Lawson as his Hitech ground to a halt down the main straight after his fire extinguisher went off, which brought out a third Safety Car and handed those on the alternate strategy a golden opportunity to change to fresh soft rubber.

Ticktum snatched at the chance and returned in 11th with pace to burn. The Carlin cleared all three of Ralph Boschung, Jake Hughes and Richard Verschoor when racing resumed, but then skidded off the road at the second chicane after a tag from the Campos driver.

The Briton composed himself and sent it past Roy Nissany for sixth, before locking in on Shwartzman, who was powerless to prevent the Carlin from taking P5.
Back at the front and Zhou was attempting a bold move on the racer leader, going side-by-side with the Australian at the second chicane, but Piastri clung on to P1.

Ticktum wasn’t relenting and a move on his teammate followed at the first turn, with a podium firmly insight on Lap 28 of 30. Pourchaire couldn’t stop the Carlin from passing on the following lap before a fourth Safety Car entered proceedings. Contact between David Beckmann and Bent Viscaal had left them both stranded on opposite sides of the chicane.

Ticktum put in a request on the radio “can we ask them really nicely if they can add a couple of laps?” The answer was of course no, and the Briton had to settle for P3 as Piastri crossed the line ahead of Zhou. Pourchaire and Daruvala completed the top five, followed by Shwartzman, Verschoor and Zendeli. Nissany and Marcus Armstrong claimed the final points places, in ninth and 10th.

“I couldn’t be happier. It was a very tricky race with a few Safety Cars. I had a lock-up at the end that nearly undone all of my hard work, but we held on, and our pace was really good besides that.

“A big thank you to the team. We made some good improvements from yesterday and our pace was really strong. It feels awesome. It’s another box ticked off in my rookie year, so I am very happy.”