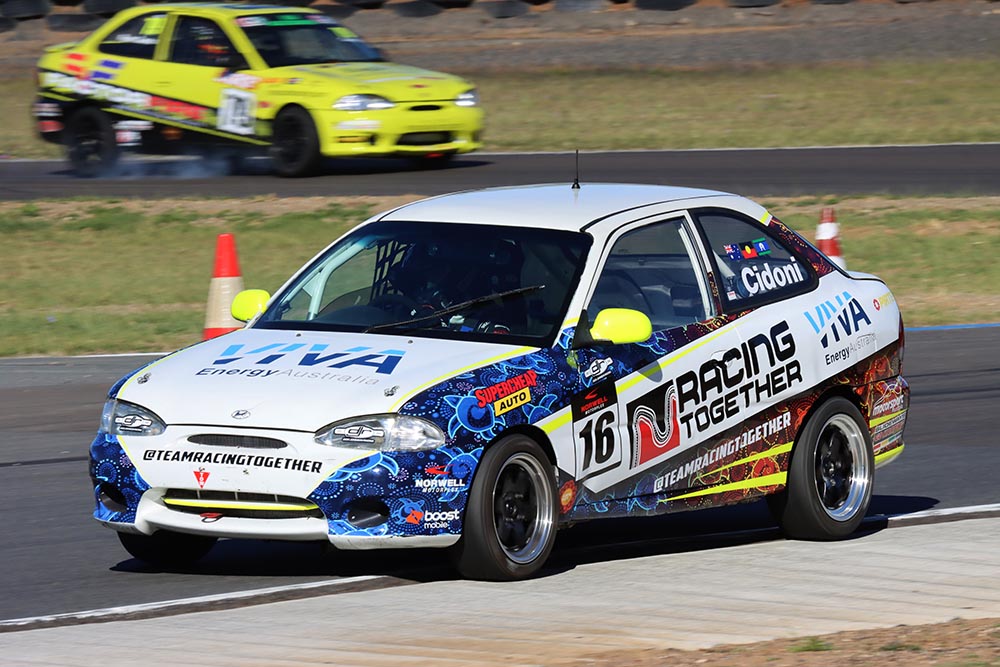 A PERSONAL message from Formula 1 World Champion Lewis Hamilton inspired members of Australia’s first Indigenous motorsport team Racing Together when they contested their most recent event in Queensland last weekend.

Sir Lewis, a prominent advocate for diversity and improving representation of black people in motorsport, took time out from preparations for the Belgian Grand Prix, also last weekend, to hand-write his message on a page from the magazine Auto Action, which featured an article about the team.

The seven-time champion wrote: “To Racing Together, I am inspired to see you all coming together and the work you are putting in. Keep pushing, keep chasing your dreams. So proud of you. Best wishes, Lewis Hamilton 44”.

Coming only weeks after Racing Together Indigenous Board member Taliqua Clancy won a beach volleyball silver medal at the Tokyo Olympics, Lewis Hamilton’s message provided further inspiration as the young team lined up for Round 3 of the Series X3 Queensland Championship for Hyundai Excels at Warwick’s Morgan Park Raceway. 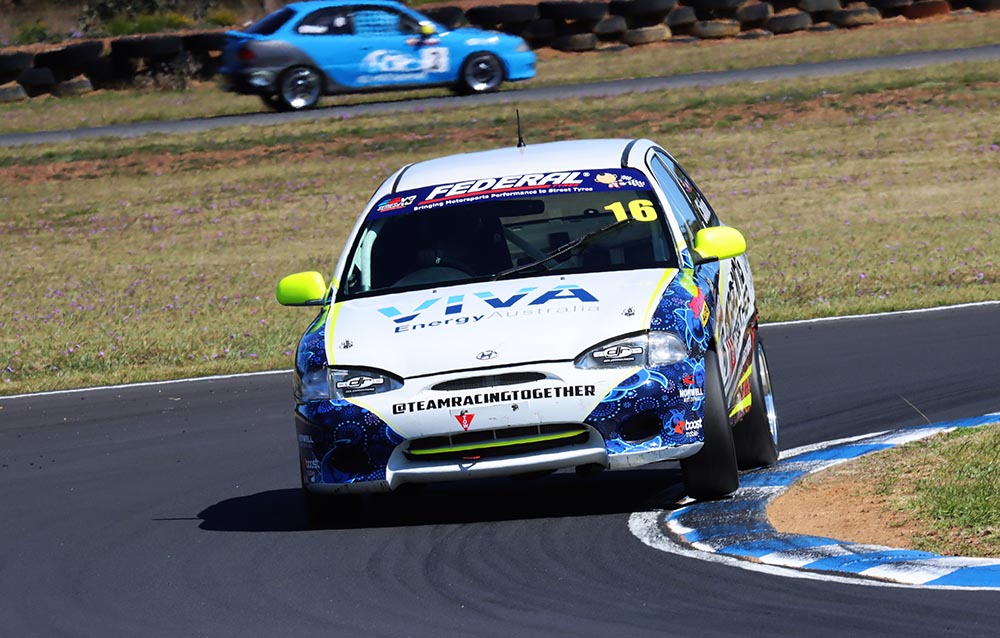 The team of teenage Aboriginal and Torres Strait Islander girls and boys, with Braedyn Cidoni driving, finished 22nd, 24th, 21st and 21st amid a field of around 40 closely-matched budget racers in four events. All hands were needed to repair significant front-end damage to the Hyundai after a collision in race two.

“A lot of things could have gone better, but we still finished all the races and got our best results yet,” said Cidoni, who recently benefited from training sessions at the Gold Coast’s Norwell Motorplex with newly-announced Triple Eight Supercars 2022 driver Broc Feeney.

“The racing community has been pretty positive about Racing Together and we’re getting great feedback.”

The 10 Racing Together team members will now spend several weeks in their Norwell workshop repairing and preparing their car for the next race meeting in November and also completing the build of a second car to be entered next year.

Racing Together was launched late last year by Garry Connelly and his wife Monique – both internationally-experienced motorsport identities – to create opportunities for Indigenous candidates of both genders aged 12-16 to pursue motorsport careers as either drivers or race crew members.

It has won three-year backing from Viva Energy, the distributor of Shell fuels and lubricants in Australia, to expand the program to other parts of Australia and train more than 130 participants in advanced driving, racing, well-being, self-esteem and STEM (science, technology, engineering and mathematics) subjects.

Open days for potential candidates to join the 2022 Racing Together program will be held at Norwell Motorplex on 7 November and 14 November. Further information about the days will be announced soon.

Racing Together also is supported by the Indigenous organisation Gunya Meta and the national governing authority Motorsport Australia.