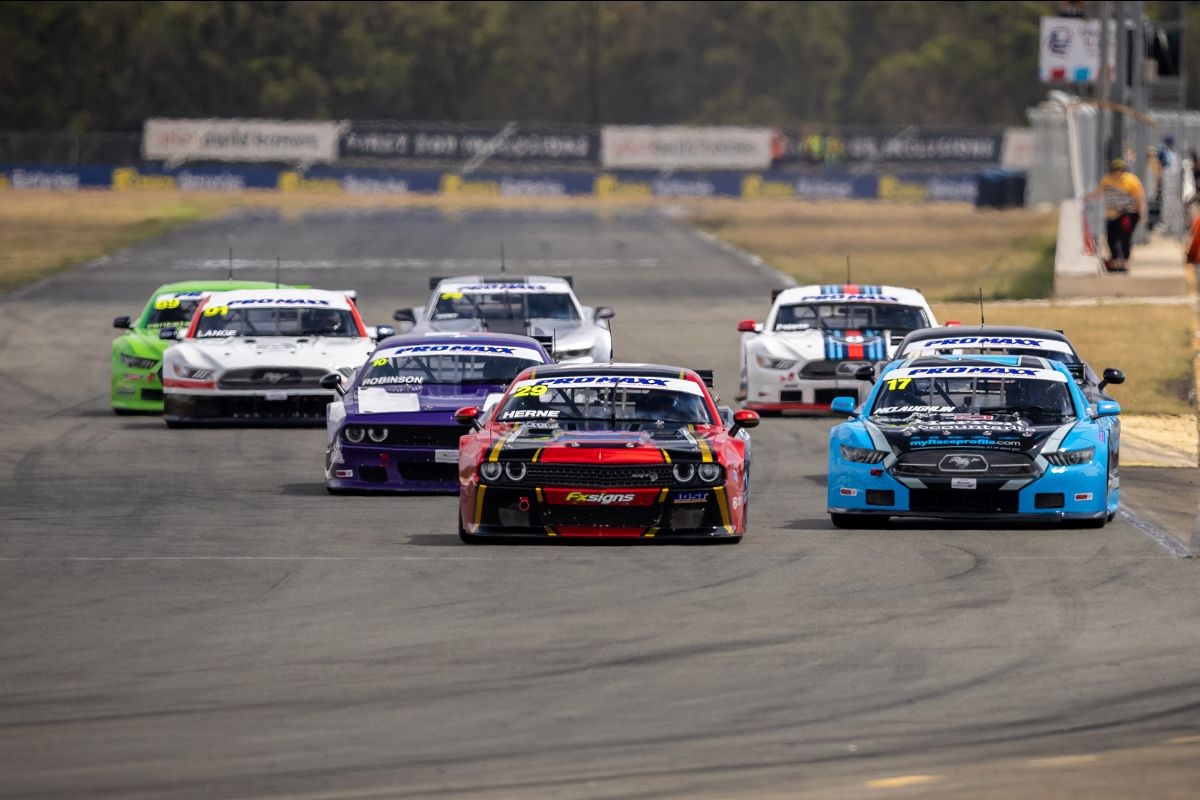 Former rookie of the year Nathan Herne will feature at the first round of the PROMAXX Performance Exhausts TA2 Muscle Car Northern Series this weekend for the 2 Days of Thunder at Queensland Raceway.

Johnson will race a Ford Mustang under the number #017, a nod to the Johnson family racing dynasty, with a full livery set to be revealed on Friday morning.

The field is made up of five Pro entries and eight Masters racers.

Holinger will be joined by Jason Hassett in making the trip up from Victoria, while Brett Niall, who debuted at the first round of the 2020 season at Winton, will travel from Western Australia for his first drive of his brand new Chevrolet Camaro.

Following a shortened 2020 campaign due to the COVID-19 pandemic, John McLaughlin returns to the wheel of the #17 Mustang and will duke it out for Pro class honours with Herne, Johnson, Niall and Chris Pappas.

After missing the season opener at Sydney Motorsport Park, 2017 national series champion Russell Wright returns to the seat of the #55 Mustang.

The 2 Days of Thunder will hold the first round of the Northern Series following the postponement of the AMRS round scheduled for Morgan Park in May, the northern series will return (along with the national round of the TA2 Muscle Car Series) to Queensland Raceway in August, followed by two New South Wales events at Wakefield Park in October and the Bathurst International in December.

The 2 Days of Thunder event also marks a return to where it all began for the TA2 Muscle Car Series, with a demonstration held for the first five cars to arrive in the country back in 2016, with over 60 cars registered in the country today.

The event format will see cars first hit the track for general practice on Friday. A single 15-minute official practice session will take place on Saturday morning, followed by a 15 minute Qualifying session and the first 12-lap sprint race in the afternoon. The final three 12-lap races will be held on Sunday.