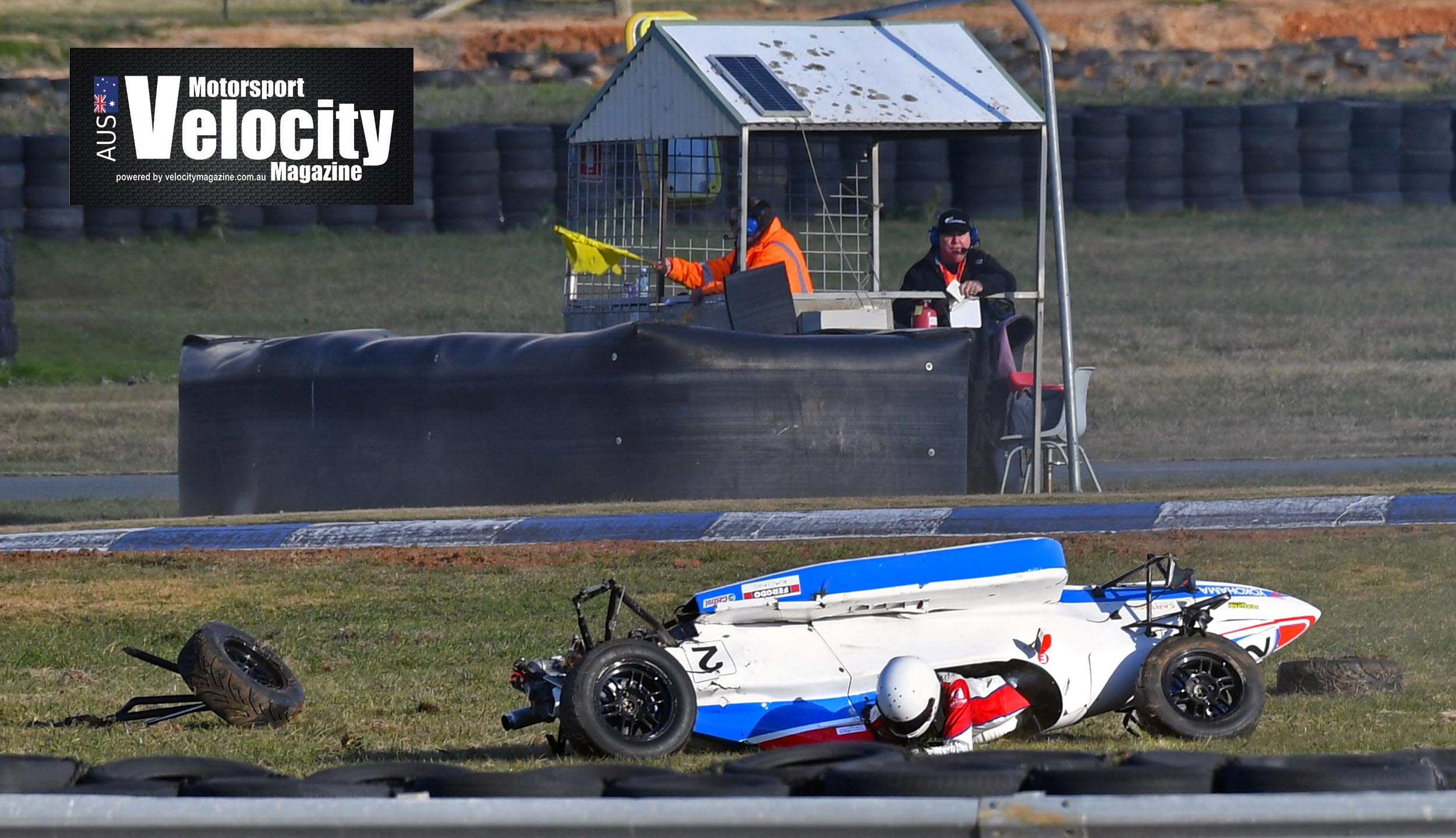 Thomas Sargent has taken out overall honours at the second round of the 2021 Australian Formula Ford Championship at Wakefield Park.

Sargent and Cody Burcher shared the wins in the opening two races of the weekend, with Sargent on course for a double in the final race.

Jake Donaldson’s Draper Tools Spectrum shed the engine cowling on the back straight, which led to a full course caution as the offending piece of bodywork sat awkwardly close to the circuit. The field bunched once more as the race moved towards a restart, with Donaldson closely pursued by Valentino Astuti. The pair touched wheels on the downhill run to the Fish Hook corner and Astuti rolled multiple times in his Sonic Motor Racing Mygale SJ15A before coming to a rest upside down in the grass run-off area.

Astuti clambered out from underneath the upturned car as rescue crews raced to his aid. The race was immediately red-flagged as Astuti received treatment near his car then walked unaided to the medical car. Later reports from the Sonic Team stated that Astuti had avoided any major injury.

Sargent was declared the round winner, though no results have been posted for the final race.

UPDATE: Jake Donaldson later explained to Velocity Magazine that Astuti had locked his brakes on the run into the fish hook and climbed over Jakes rear wheels. 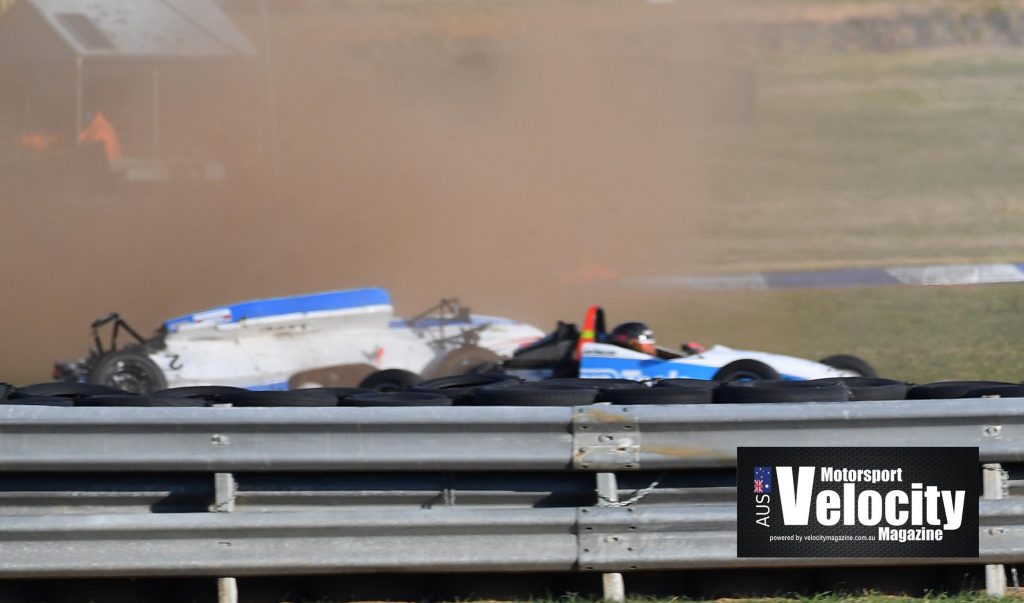 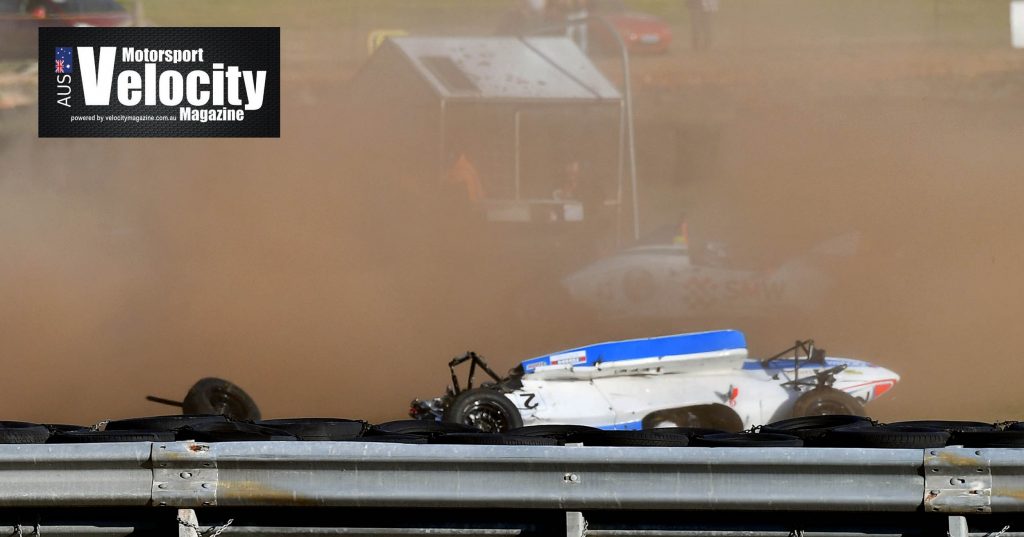 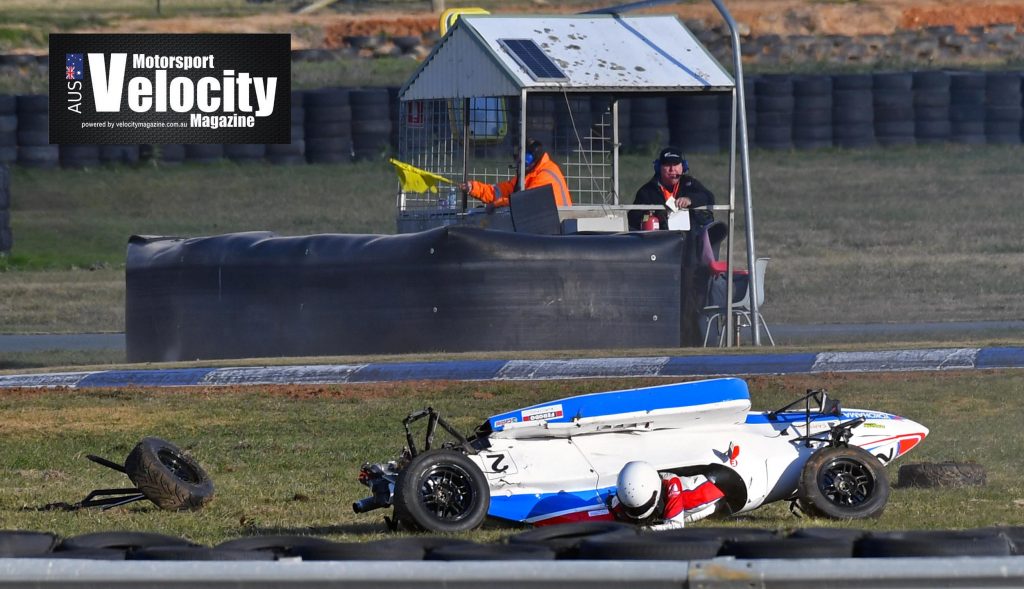 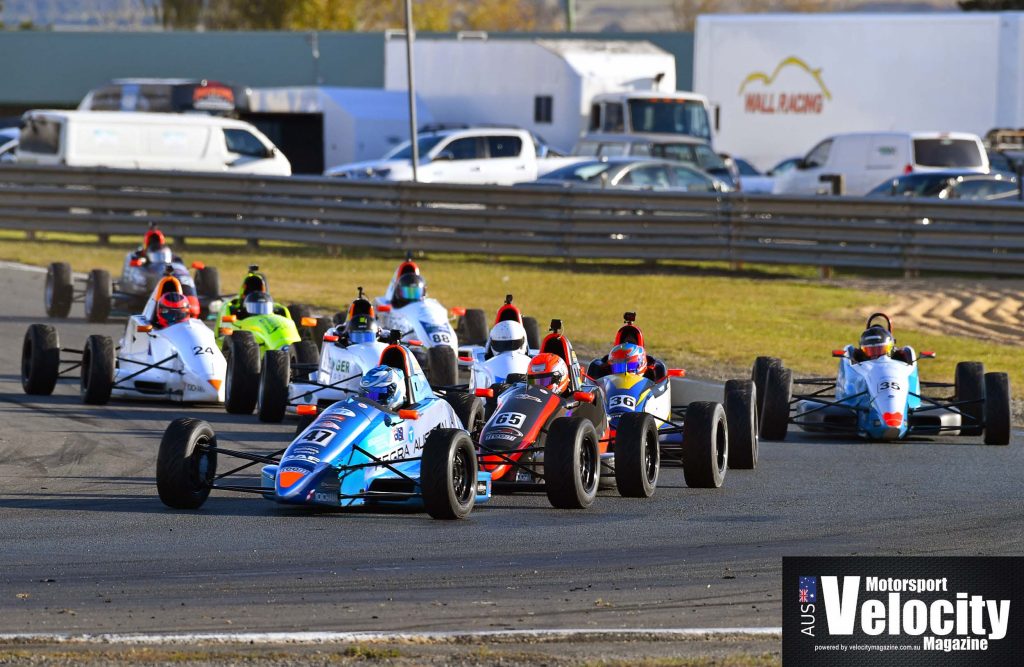