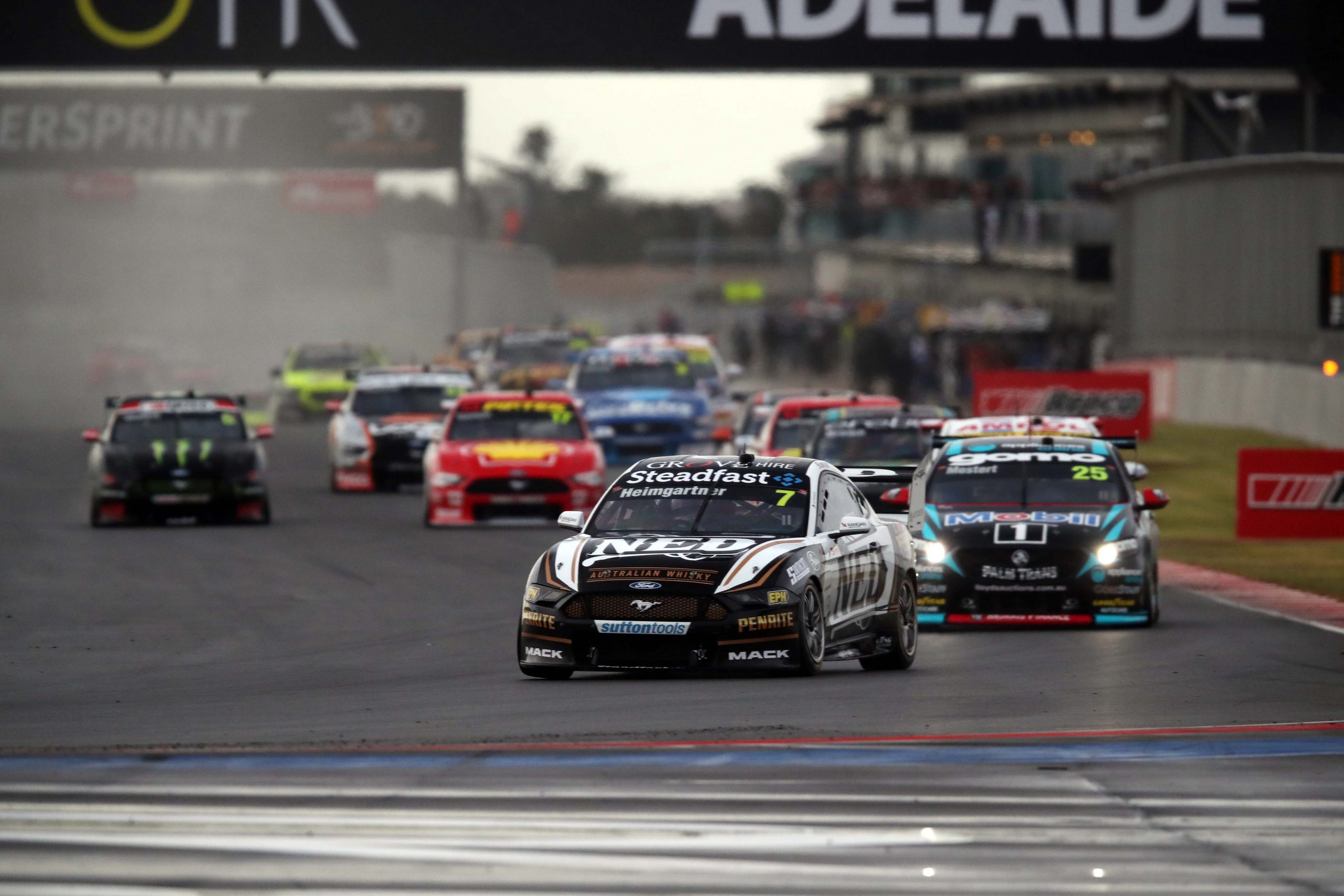 The win came despite an extra five seconds added to his overall time after a pit lane infringement for contact with Jamie Whincup.

Heimgartner raced through the penalty, ultimately crossing the line over eight seconds clear of Chaz Mostert, ensuring his claimed his maiden race win. 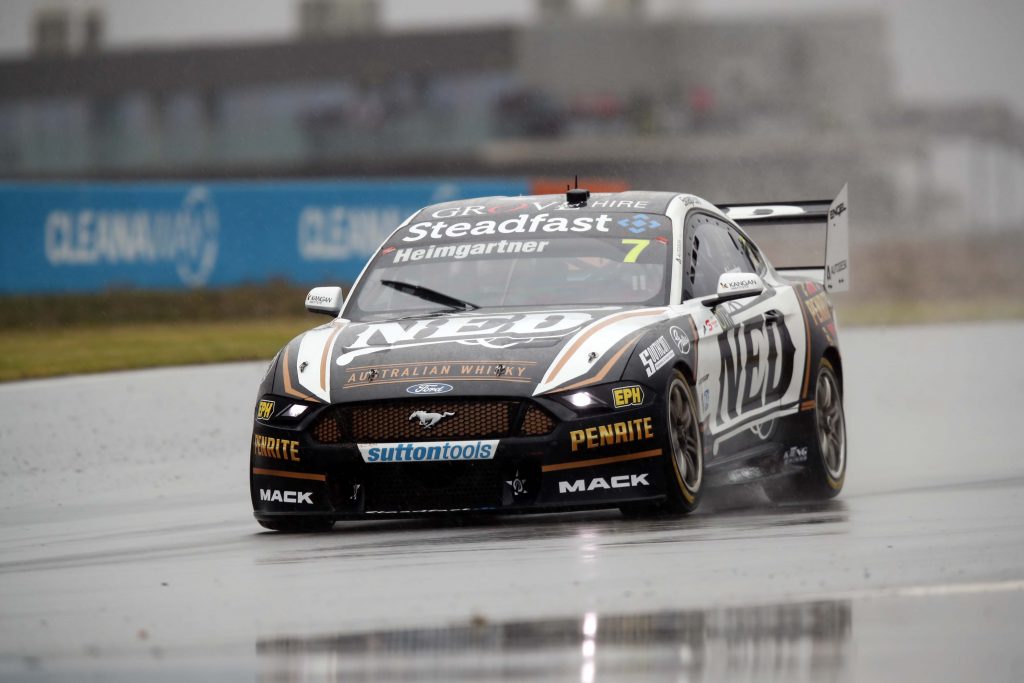 After claiming pole, the 25-year-old New Zealander made a solid start and sat in second place before taking advantage of a mistake by Anton De Pasquale at Turn 4. Once in front, Heimgartner was never headed.

The victory is also the first win for the Ford Mustang in the Repco Supercars Championship this year, plus the maiden win for the new Kelly Grover Racing alliance.

Heimgartner’s Penrite Racing team-mate David Reynolds did not enjoy the same success, though. Reynolds made contact with Tim Slade mid-race, damaging the car enough to put it in the garage for the remainder of the race. 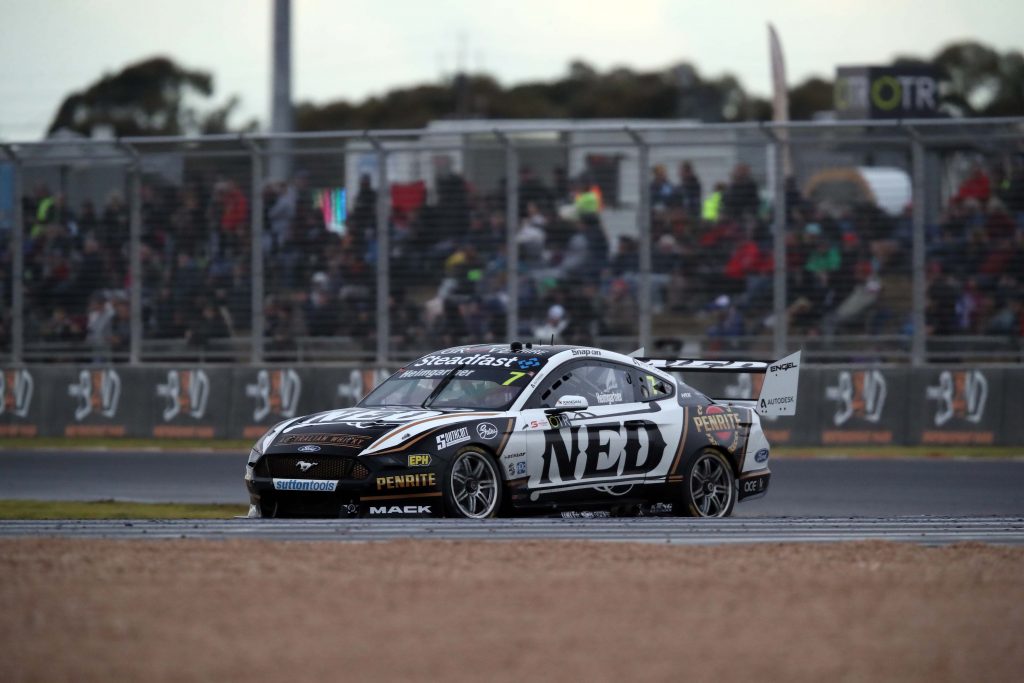 The Repco Supercars Championship returns to The Bend Motorsport today for qualifying and two more races around the 4.95km South Australian circuit.

“It was so so cool to be fastest in qualifying and take pole, that’s always a cool thing, but then to convert that is easier said than done. In the race, the car was amazing and I am so happy to come away with the win.

“I’m really relived. It’s been a long time that we’ve been trying, myself and the team have spent a long time trying. I’ve been with the team for four years now and its great to finally pay them back.

“I’m really happy, kind of like a kid in a candy store in some ways, I don’t know what to do or what to say. I’m all over the shop, can’t wait to get back to the boys and chill out tonight and then go again tomorrow.”

“The car feels really good in the dry, it’s the best car I’ve ever had here in the dry so, I’m looking forward to tomorrow, apparently it is all dry. We’re just average in the wet, I found it really had to drive.

“But today isn’t really about me, it’s all about Andre. He had an unbelievable day. Pole and win! To take his first win is incredible. It shows the team is heading in the right direction and will be in good spirits.

“So we just need to learn what we can from today and go again tomorrow.”

“I can’t believe the day that the young fella has had,” said Kelly.

“Every time he’s gone out on the track, every lap has been absent mega, doesn’t matter if it was in the wet or the dry. To get pole and then to get pummelled at the start a little, going onto race his way back through in the first lap or so, then taking off into the distance was unbelievable.

“From where we’ve been, it really shows finally how much work has been going on behind the scenes to improve the car. We were strong here previous years, but just to add a few bits and pieces that we’ve been working on, on top of our historical performances here has just made the car unbelievable. It was Fords first win this year, the first for Kelly Grove Racing and Andre. It’s fantastic the guys deserve it.”