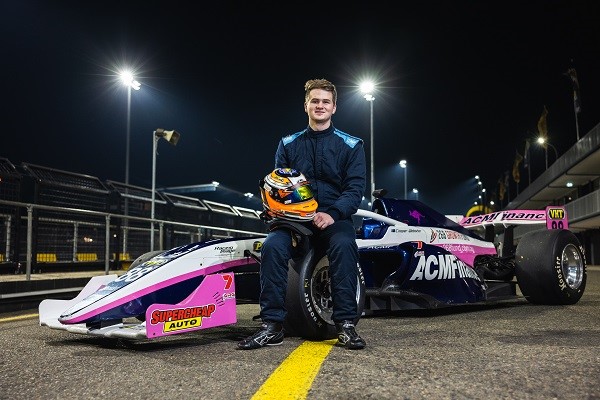 The 18-year-old, who is competing in this year’s Supercheap Auto TCR Australia Series, completed a couple of sessions under lights aboard the Albert Callegher-owned 88 Racing S5000, regularly driven by Cooper Webster in the national series.

Mineeff is no stranger to open-wheel racing, having won two rounds of the Australian Formula Ford Championship in 2019. But he was blown away by the V8 S5000 car’s abundance of grip and engine performance.

“The power and the handling, with the slick tyres and 560 horsepower, are just incredible – I’m lost for words,” Mineeff said.

“The TCR car is quite quick and Formula Fords handle well, but this is everything in one.

“It’s given me a huge amount of respect for the guys who race these and run at the front.”

Mineeff said his taste of the S5000 has given him a desire to race one in the future.

“I’m extremely thankful to Albert and the team at 88 Racing, along with ACM Finance, for the opportunity to drive the car this evening.

“It would be an incredible opportunity to race one at some stage in the future.”

Mineeff’s focus now turns to this weekend’s fourth round of the TCR Australia Series, which kicks off with two practice sessions today.