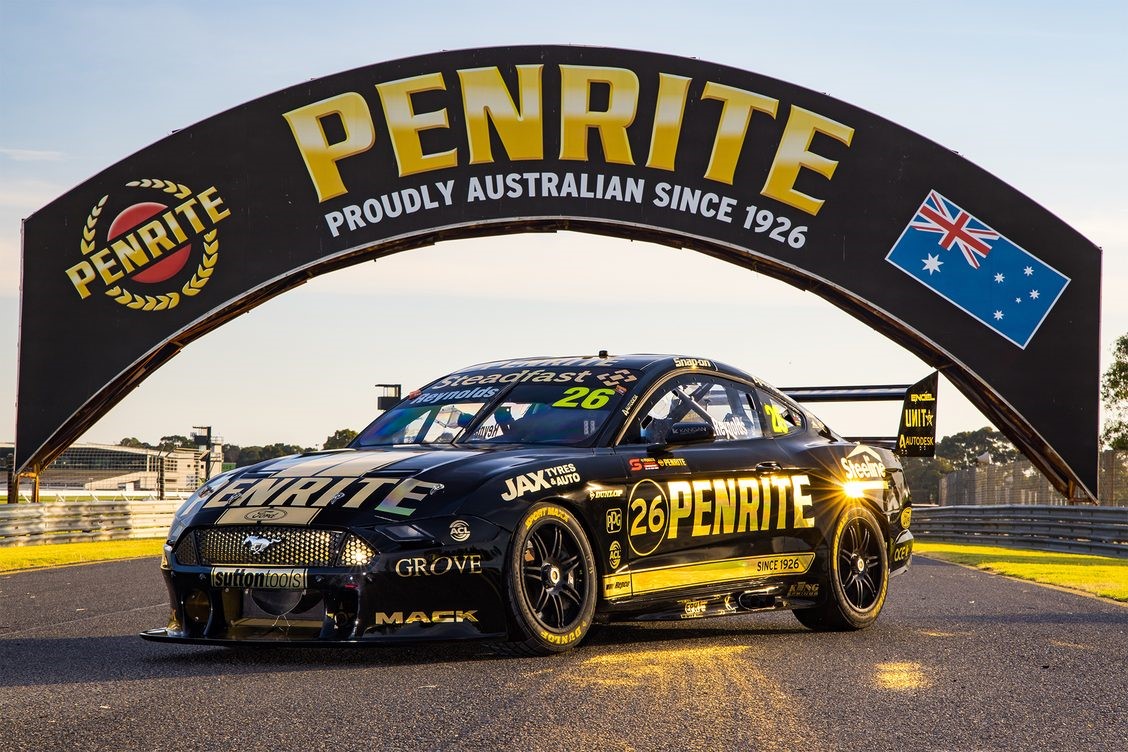 This weekend David Reynolds and Penrite Racing will arrive at the Penrite Oil Sandown Super Sprint in style with a unique retro-liveried #26 Penrite Racing Ford Mustang. Sandown Raceway is Penrite’s home circuit as the family-owned Australian oil brand is based in the neighbouring suburb of Dandenong, so it was only right that Penrite Racing roll out a special rocket for the round. 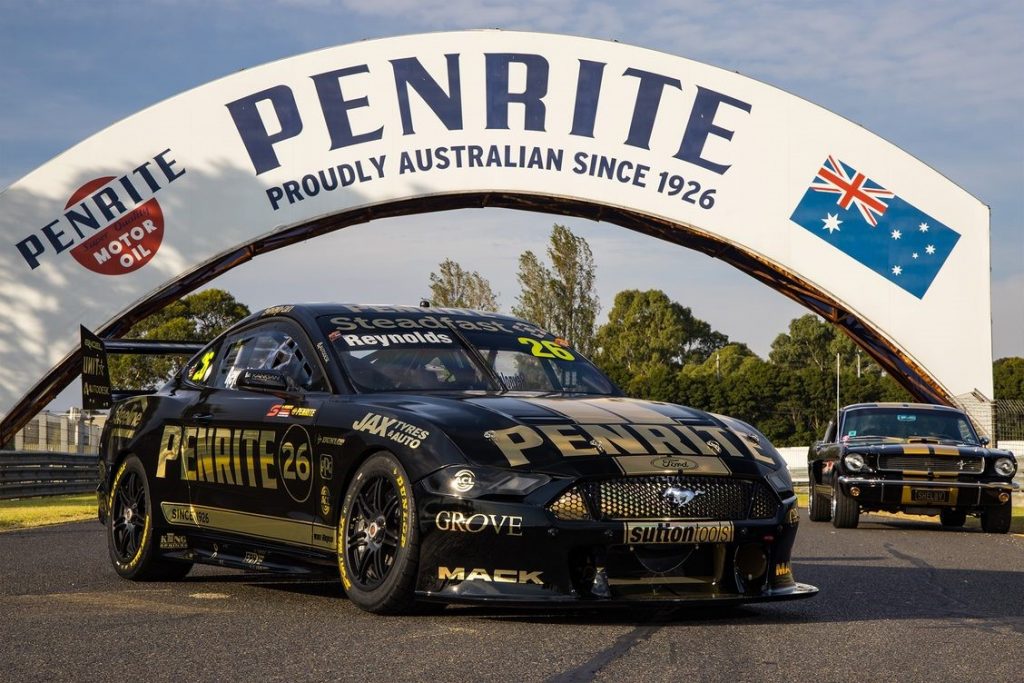 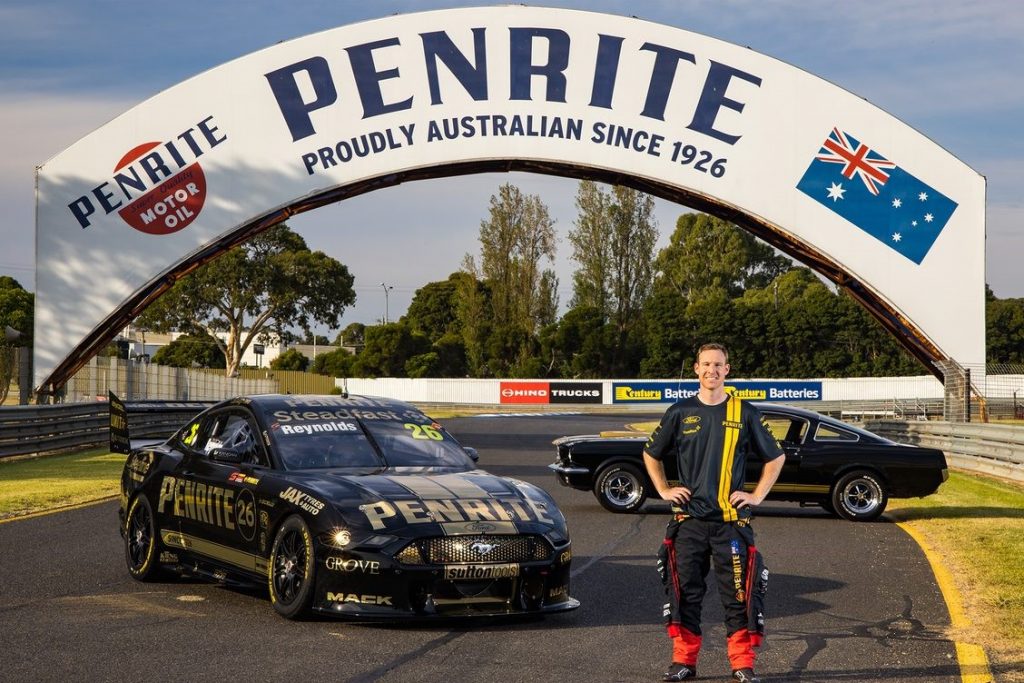 Penrite Oil manufactures high-quality motor oil and vehicle fluids in Australia for local conditions, including race applications like the team’s 5.0-litre V8-powered Ford Mustang. Being Australian-owned since 1926, Penrite has a rich history and a passion and enthusiasm for Australian motorsport which is highlighted today through its involvement in Supercars.

Penrite Oil have supported Sandown Raceway-based Supercars events for a number of years now, with the event historically being recognised as a ‘retro’ round. While this year’s event isn’t specifically a retro round, Penrite Racing wanted to stand out from the crowd and the team has put together a striking black and gold-themed one-off livery for the round.

Harking back to Mustangs of the 1960s, the bespoke livery is unmistakably retro as all team partner logos on the Ford Mustang Supercar are displayed in specialty gold chrome vinyl on a gloss black base. The car also features the classic Ford ‘GT’ stripes over the bonnet, roof and boot lid, and retro-inspired number 26 roundels on the doors.

This weekend’s black and gold livery was designed by Penrite Racing in conjunction with Kelly Grove Racing’s paint and vinyl partners, PPG, Graphic Art Mart and Arlon. The livery features a unique reflective gold chrome effect vinyl, which will be impossible to miss on the race track. 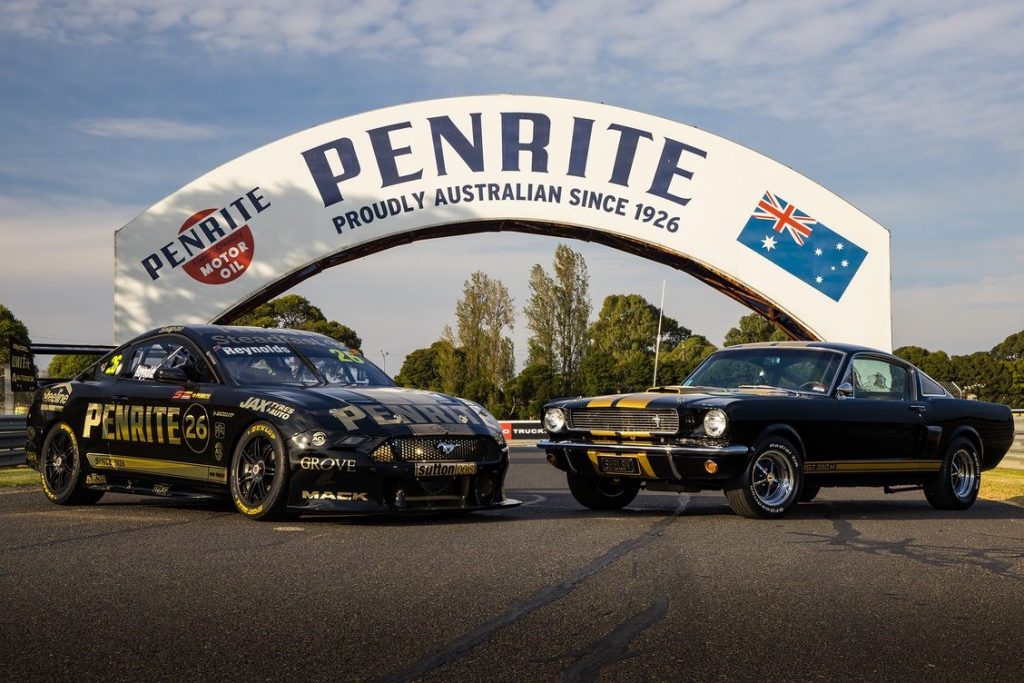 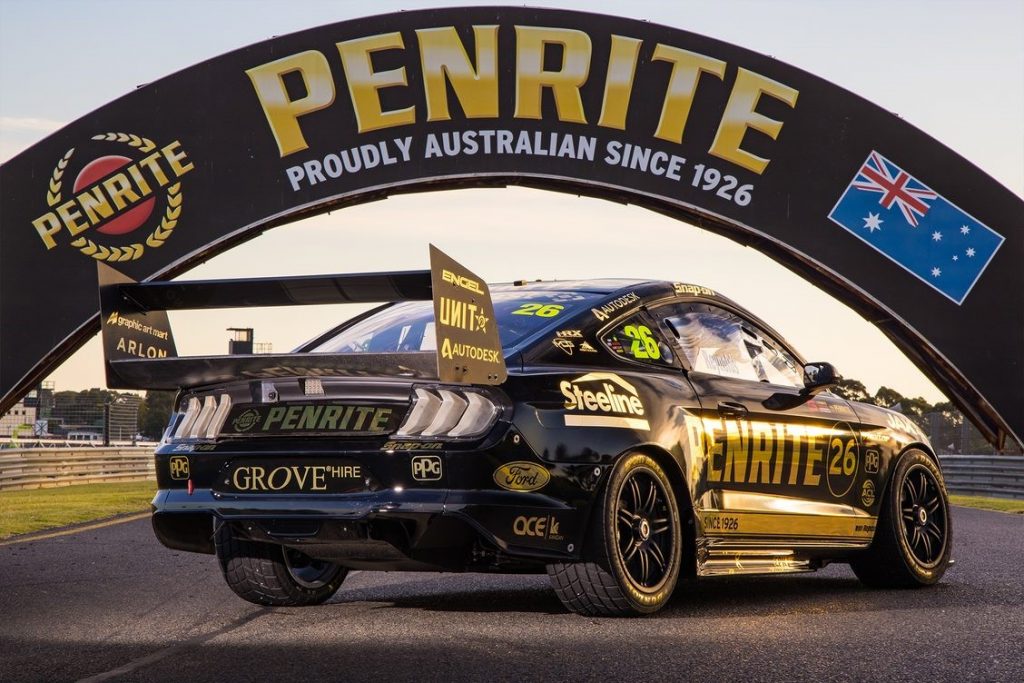 A limited edition retro black and gold Penrite Racing t-shirt will also be available to celebrate this weekend’s Penrite Oil Sandown Super Sprint. Fans will be able to purchase the special t-shirt from the race track at the Penrite Racing store or online through Kelly Grove Racing’s merchandise website.

The Penrite Oil Sandown Super Sprint kicks off this Saturday morning with Practice One commencing at 9:45am local time.

“With Penrite Oil being the naming rights partner of this weekend’s Sandown event, it was only right that Penrite Racing do something special to celebrate and the team have put together an awesome-looking black and gold-themed 1960s-style retro livery which looks amazing, and fast.”

“We’ve gone with the full Ford GT stripes, the numbers on the doors, I have to say I’ve had a few retro liveries over the years but this one is by far the coolest. Hopefully the fans love it as much as we do!”

“This weekend I’ll also make my 350th Supercars race start which is pretty cool, it’s great to be able to share the milestone with Penrite at their home event and have some of my Melbourne-based friends and family cheer us on.”