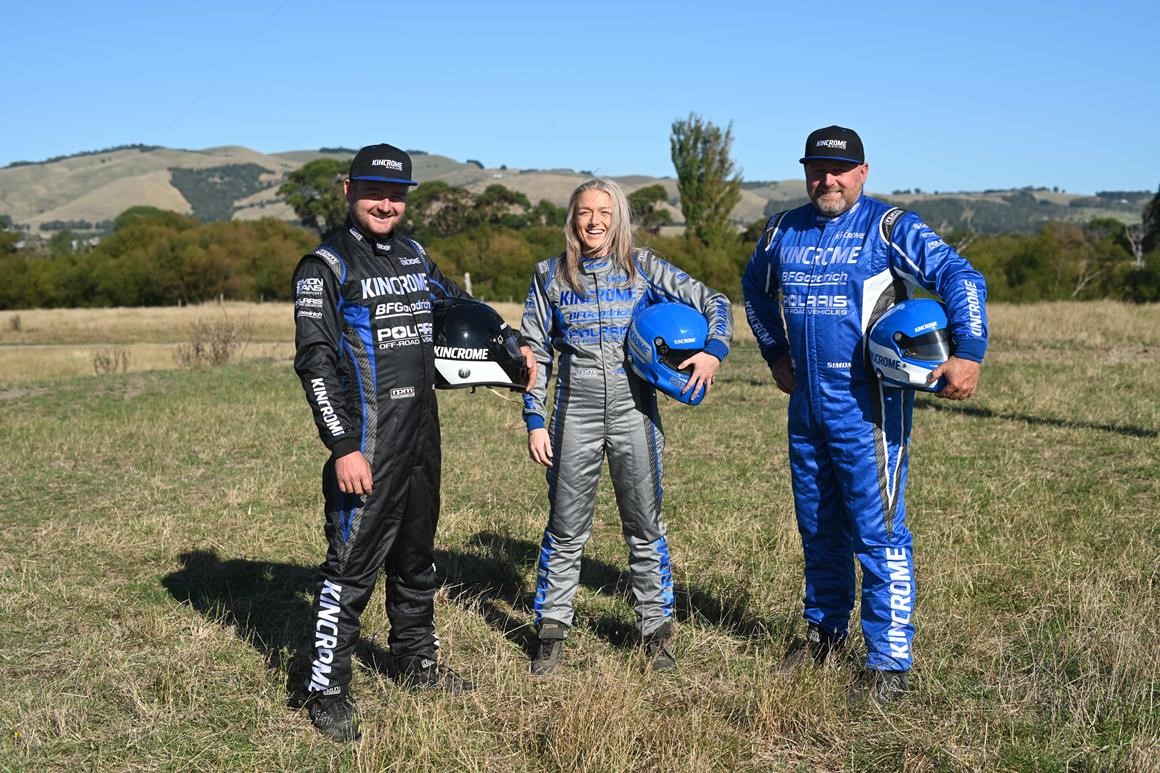 Australian-owned company KINCROME Tools has been announced as the naming rights partner of a three-car side-by-side (SXS) team prepared by Simon Evans Motorsport.

The three vehicles, which will all have their own unique colour scheme, will be driven by multi-Australian rally champion Simon Evans and his children Jackson and Eden in the new-look seven-round KINCROME Motorsport Australia SXS Championship which begins at Rainbow in Western Victoria on March 13.

Simon Evans will also campaign a KINCROME-backed entry in the SXS category of the five-round BFGoodrich Motorsport Australia Off-Road Championship, which will include an appearance at the famous Finke Desert Race on June 12-14.

Jackson Evans returns to defend his 2019 national SXS title after the 2020 championship was cancelled due to COVID-19 restrictions.

Eden will round out the team in what will be her debut motorsport season.

KINCROME Racing will be part of a new umbrella program titled Team KINCROME which will include other motorsport teams, competitors and events as well as KINCROME employees, customers and Blue Blood loyalty members, who will be encouraged to support and become involved in KINCROME’s commitment to grassroots and professional motorsport.

KINCROME is a third-generation Australian business that supplies quality tools and equipment to the professional trades. 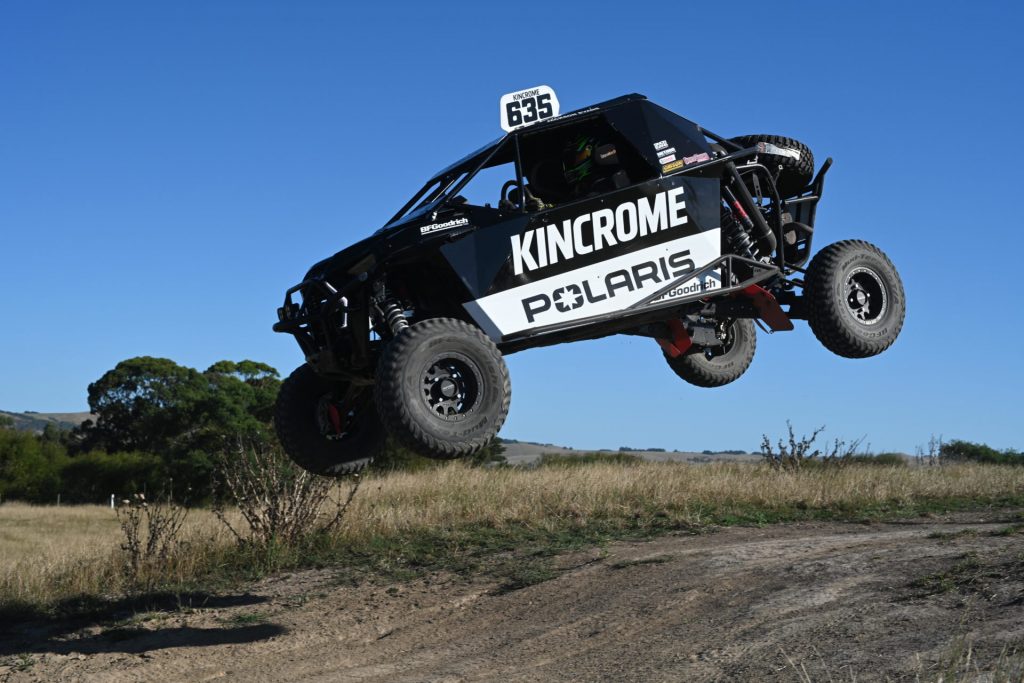 While the Victorian-based company has had some small motorsport relationships in the past, the three-year partnership with Simon Evans Motorsport is the company’s first major sponsorship in racing.

During that announcement it was also mentioned that Holdsworth could make a guest driver appearance in this year’s KINCROME SXS Championship.

The three KINCROME SXS entries will carry identical designs, with Simon’s car having a base colour of blue while Jackson’s will be black and Eden’s silver.

“Evans Motorsport obviously has a great pedigree in Australian motorsport and in rallying in particular,” said Pritchard.

“The partnership with Simon, Jackson and Eden is a natural extension of our series sponsorship and I think provides some terrific opportunities for our brand, customers and staff.

“Just like KINCROME, Simon Evans Motorsport is a generational operation and we really relate to those family values and the loyalty that goes with them.

“We have worked with Simon to develop a real identity for each of the three team members because they all have their own unique story and are at different stages of their careers.

“We are looking forward to all the stakeholders having a lot of fun in 2021 after the cancellation of last year’s championship and a few KINCROME trophies returning to the Evans’ household.”

“It is great when all the planets align and I feel that is the case with our new partnership with KINCROME,” said Evans.

“We have been a big fan of KINCROME products for years and to have the brand on our vehicles and the company’s management working so closely with us, is fantastic.

“Obviously the current COVID-effected environment has made the sponsorship market a difficult one and it takes a proactive and dynamic company to become involved in a fresh relationship like this.

“We have to thank Nick (Pritchard) and the KINCROME team not only for their financial and product commitment, but for their incredible enthusiasm for what we are trying to achieve.

“We are looking forward to a long and successful partnership together.”

“I have had to wait 12 months to go out and defend my 2019 title and to be able to do that with a new naming rights sponsor the quality of KINCROME is going to be pretty cool,” said Jackson.

“I think the new national series offers a lot for all the stakeholders and we look forward to flying the KINCROME colours in every state and the Northern Territory.

“Hopefully we will be collecting a few KINCROME trophies along the way and putting as many championship points in the bank as possible.”

“Making my competition debut has been a while coming, but I am extremely excited,” said Eden.

“I have been around the sport of rallying and SXS racing all my life and to be heading into my first year of competition with a naming rights sponsor the quality of KINCROME is a little surreal to be honest.

“I have a lot to learn both in and out of the Polaris RZR, but I have some great people around me and I cannot wait to get out there racing.”