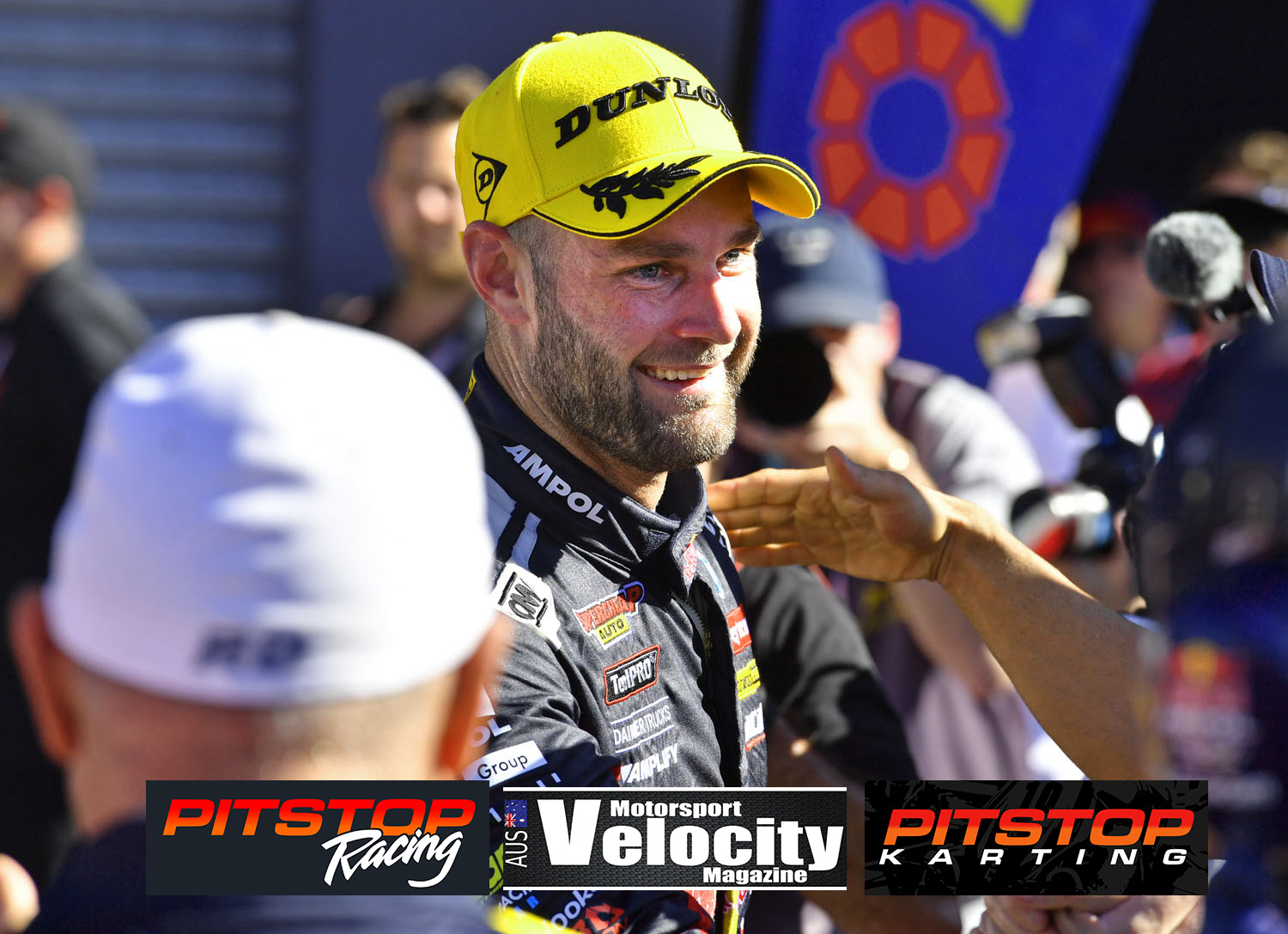 Shane van Gisbergen finished the 2020 season with a maiden win at the final Supercheap Auto Bathurst 1000. Today he completed a clean sweep at the opening round of the 2021 Repco Supercars Championship in the  Mount Panorama 500. 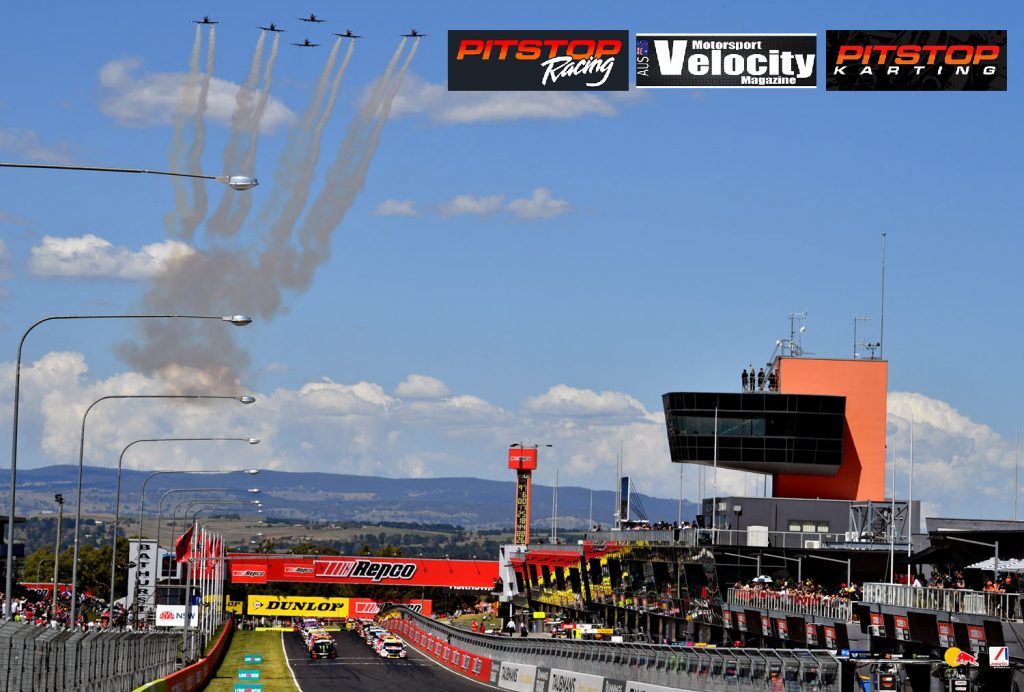 Van Gisbergen had taken the win in the opening race after Cameron Waters was sidelined mid race with a power steering issue. Waters had taken pole position for the race and led the early laps with van Gisbergen close behind. Anton de Pasquale had lurked behind the pair until an unforced error saw the #100 Shell V-Power Mustang find the wall at the Cutting.

When Waters drove into the garage, van Gisbergen was left largely untroubled on his run towards the chequered flag. Tim Slade set the cat amongst the pigeons with an excellent run on debut with Team Blanchard Cool Drive Mustang and looked set to challenge Will Davison for third. 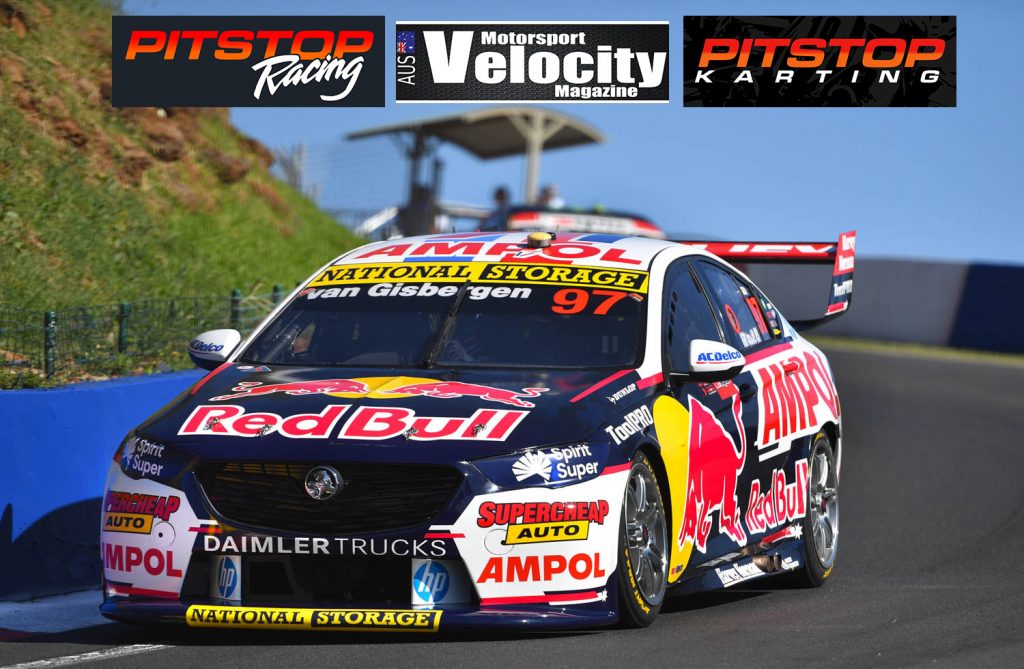 However his race ended in dramatic circumstances when a rear wheel locked during a downshift and the car glanced the outside wall, veered across the track then rode the inside wall at the top of Forrests Elbow. The impact tore the left front wheel from the chassis and had the Mustang momentarily airborne before slamming back onto the track. Slade managed to roll the car onto the grass at the start of Conrod Straight and out of harm’s way.

A late surge from Chaz Mostert saw the WAU driver displace Davison from second place and close to within 2 seconds of van Gisbergen at the finish.

By contrast, race 2 was a more sublime affair. Shane van Gisbergen and Cameron Waters traded places on the grid, with the #97 car on pole position, but it was Waters who led comfortably by turn 1. Van Gisbergen, De Pasquale,  Davison and Mostert held sway at the head of the field during the opening laps of the race. Mostert pushed ahead of the two Shell V-Power Racing Mustangs and gradually reduced the gap to van Gisbergen.

James Courtney lost the rear of the Boost Mobile Mustang on the approach to the Cutting and suffered significant rear end damage in the contact. He managed to restart the car, spin in back in the right direction and then tour back to the garage. 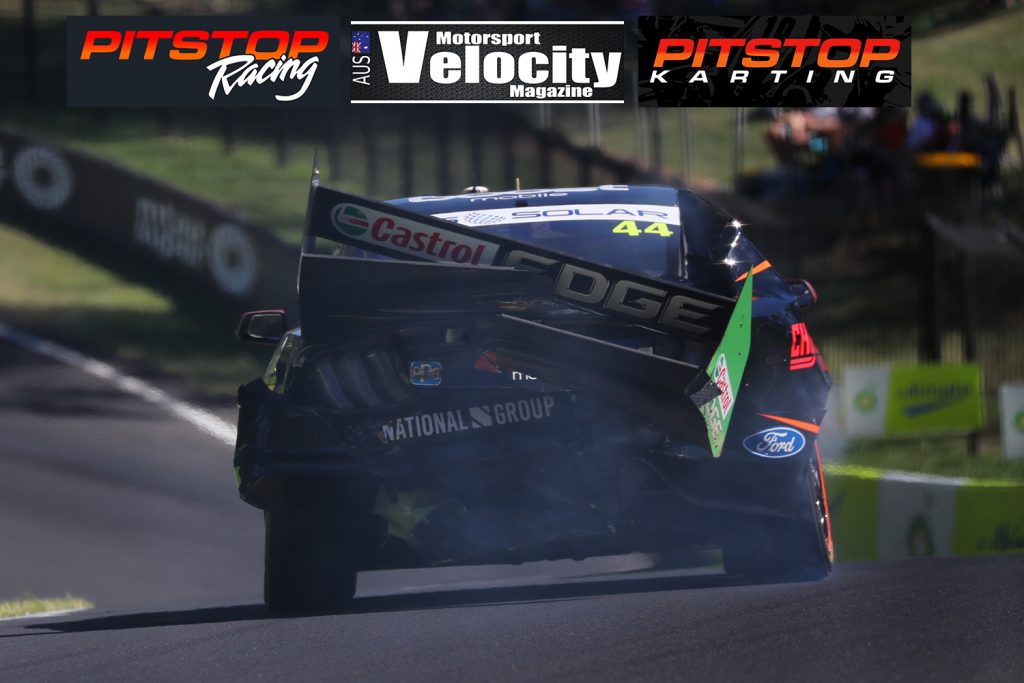 The two stop race saw different fuel strategies as teams looked for an advantage as they added 120 litres of BP Ultimate and it was in these first stops that van Gisbergen gained a race winning ascendancy.

Having stopped earlier, van Gisbergen undercut Waters for the are lead when the Monster Energy Mustang added more fuel during their first stop. While Waters left the pits just ahead, van Gisbergen took advantage of his warm tyres to take the effective race lead on the approach to Griffins Bend. 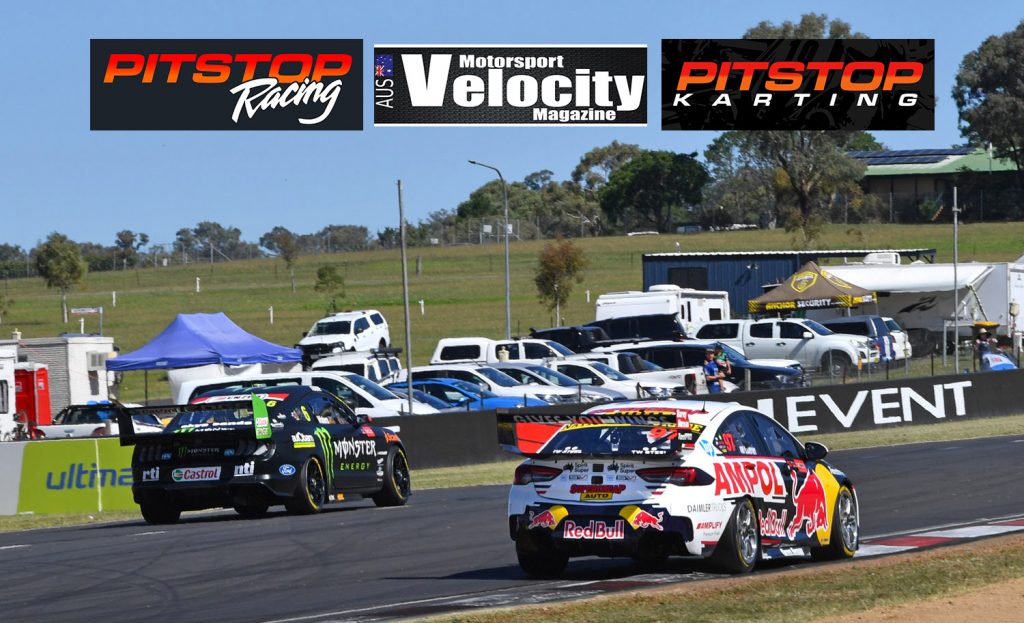 From there Shane van Gisbergen was never headed to take a comfortable win from Cameron Waters and Chaz Mostert. 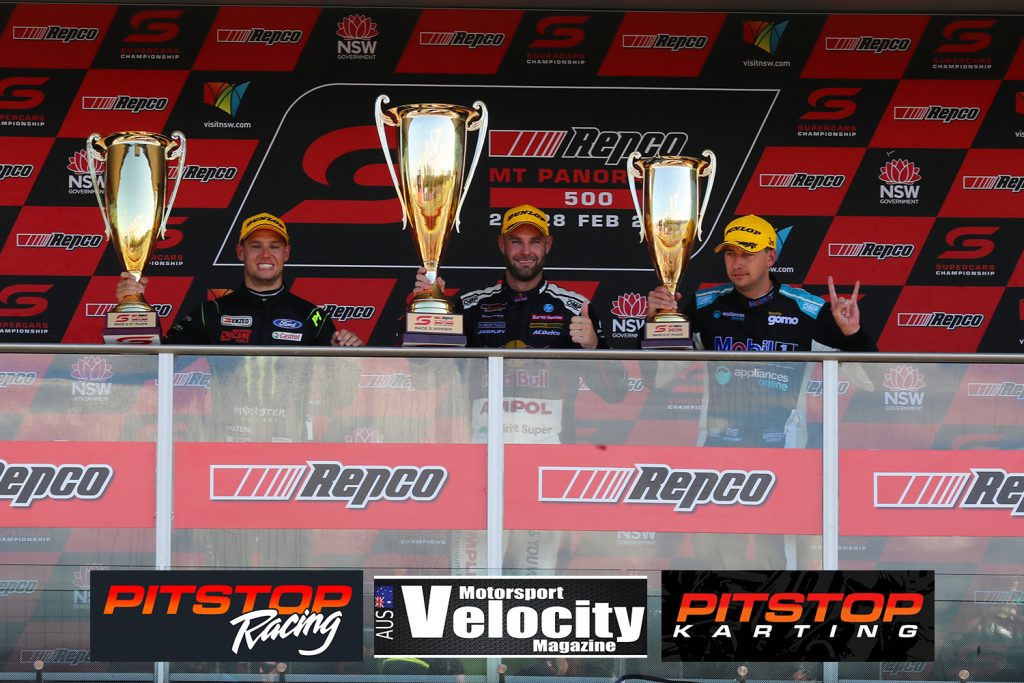 The next round for the Supercars is at Sandown as the fill in round for the postponed Australian Formula 1 Grand Prix, 20-21 March.