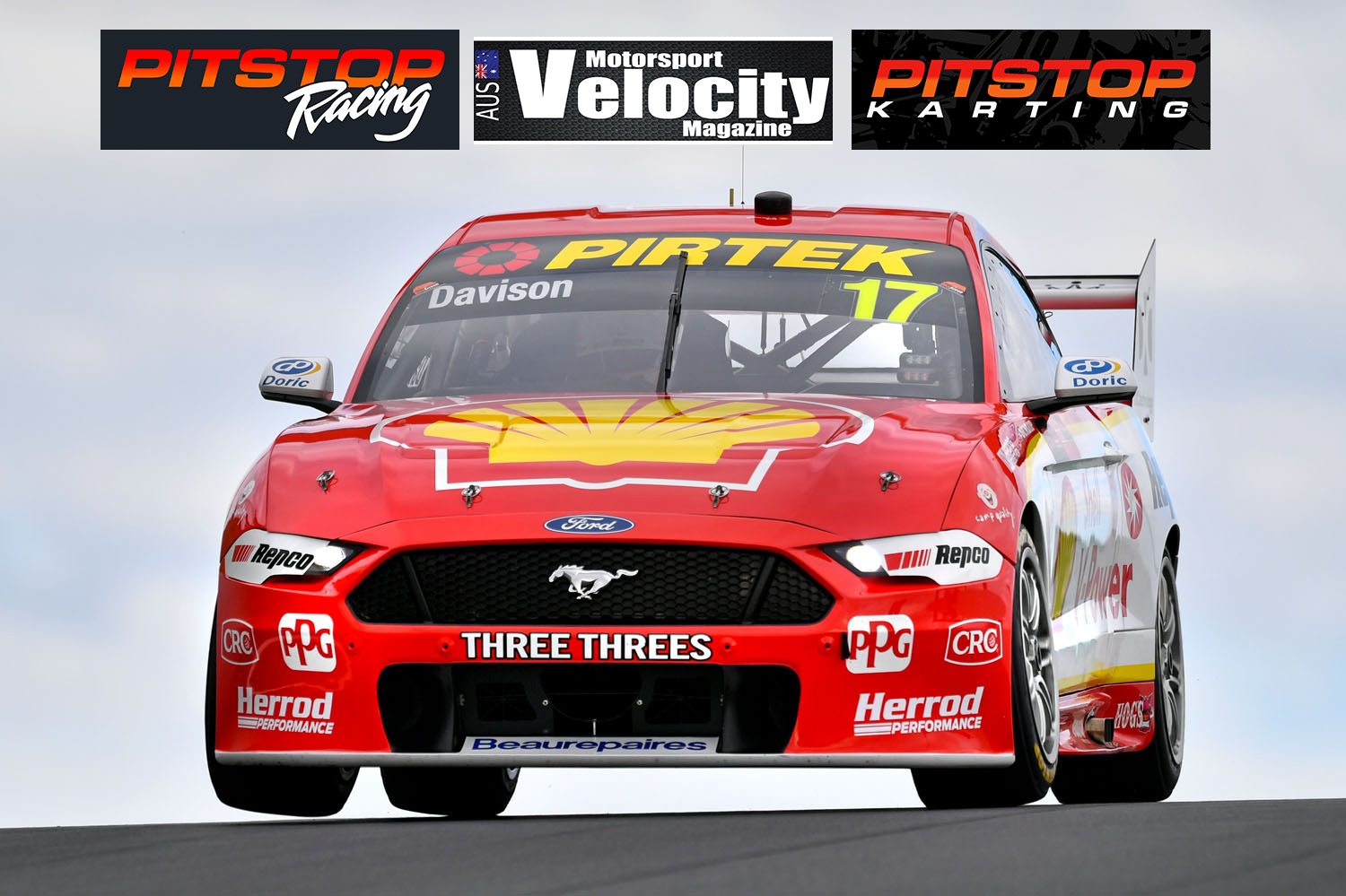 Will Davison scores his first podium for the Shell V-Power Racing Team in Race 1 of the 2021 Recpo Supercars Championship.

The highly anticipated wait for the start of the 2021 Repco Supercars season is over, with the first day of racing completed at the Mt Panorama 500, Bathurst. It was one of celebration and heartbreak for the team. Will Davison claimed a podium position, but teammate Anton De Pasquale hit the wall at The Cutting and was unable to finish the opening race of the season. 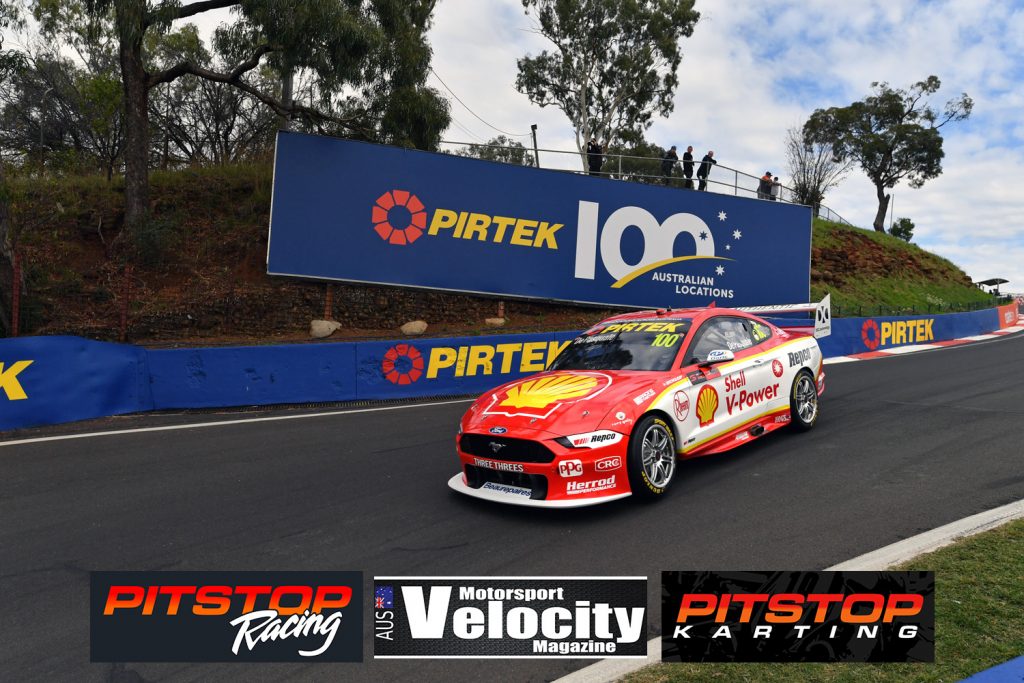 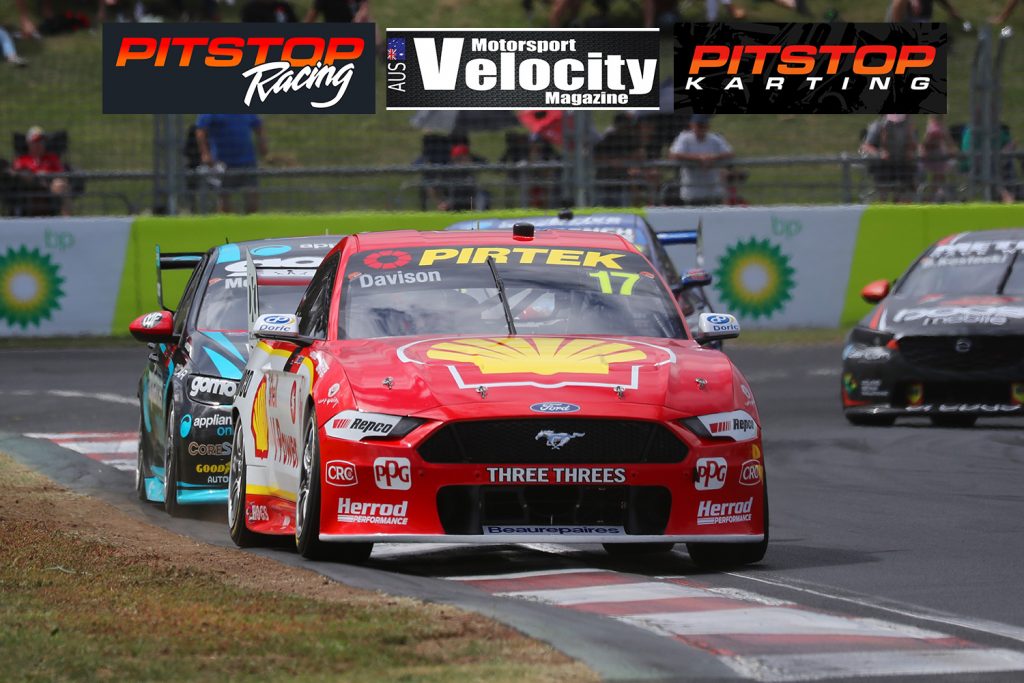 The first session of the day was a 20-minute qualifying where De Pasquale clocked the fastest time, and Davison finished P7. This saw them both progress to the Top Ten Shootout. De Pasquale was less than two-tenths behind the quickest car, clocking a shootout lap time fast enough to put him in P4. Davison was just one position behind in P5.

The duo both had a textbook start to Race 1, with De Pasquale moving up to P3 and Davison P4 on the opening lap. The field settled into a rhythm as they carefully navigated their way around the mountain in the first stint.

On lap 6, De Pasquale made contact with the wall as he made his way through The Cutting, which caused a yellow flag and the safety car to be called to the track. 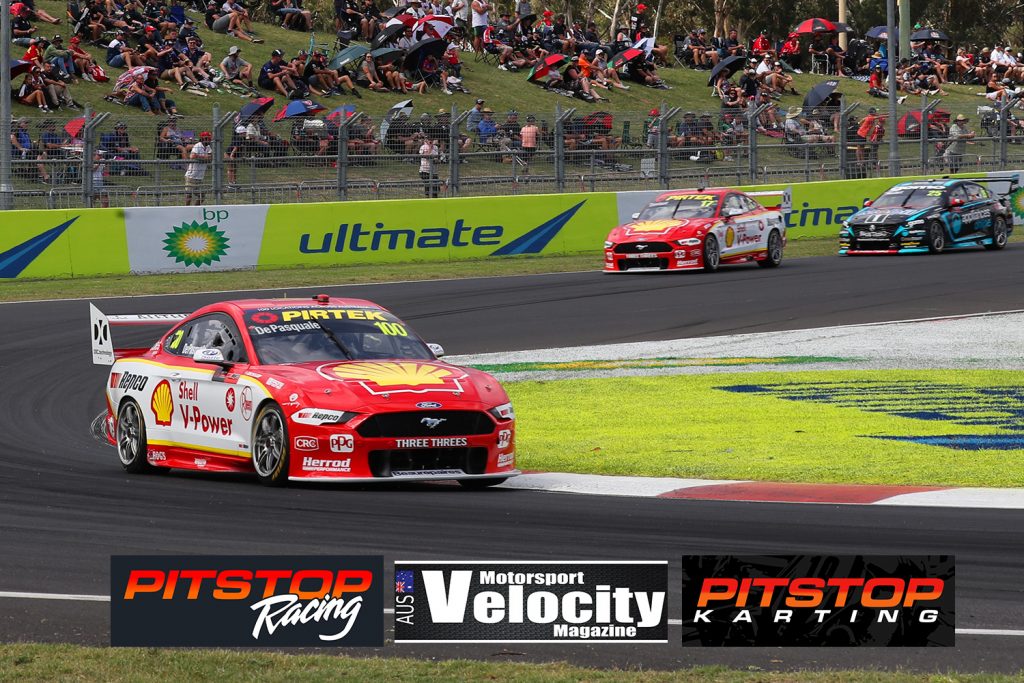 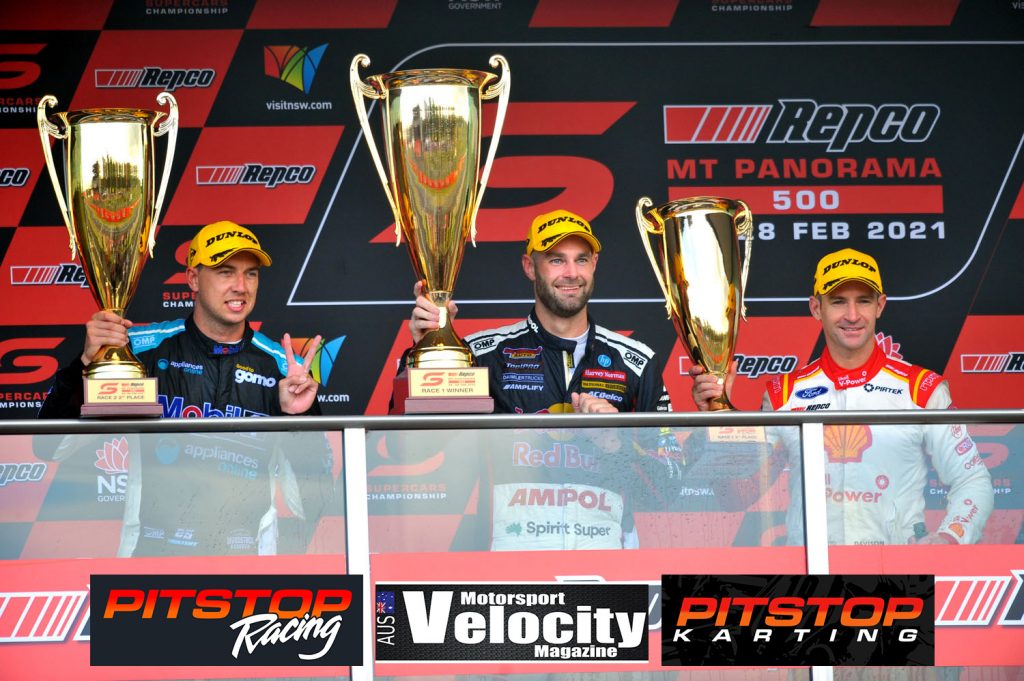 Davison used this opportunity to make his first pit stop, as did most of the field. He lost one position to Slade in pit lane and rejoined the race in P4. Davison reported he was struggling with grip during his second stint but kept within four seconds of Slade while holding off Mostert who was chasing him.

Davison made back the position he lost to Slade while making his final pit stop. With all pit stops completed and 10 laps remaining, Davison was in P3 had Slade just 0.6 seconds behind him.

In the dying stages of the race, Slade hit the wall at Forrest Elbow which left Davison 12 seconds clear of his next rival. He cruised home to claim the Shell V-Power Racing Team’s first podium of the season. He is now also 3rd in the Drivers’ Championship with 139 points. De Pasquale was a DNF.

“Physically, I’m feeling fine. But obviously it’s a big hit for me because I threw away what was potentially going to be a good result. That’s a shame because the car was pretty decent. I was probably just pushing it too hard early on, trying to hang with the guys at the front.”

“We’ve turned around a car that I was struggling with yesterday. We had a really good qualifying and a decent shootout result today. The team did their job, I just didn’t do my job bringing it home with the points, but I’ll try and get a trophy tomorrow.”

“I very, very happy with the way things kicked off today. I couldn’t ask for more getting a podium. I got better every session with seventh in qualifying, then fifth in the Shootout, and up to third in the race.”

“I’m learning a lot, and that was the aim of the whole weekend, but it’s been a dream debut for me at this team. Now I’ll just keep my head down and focus on going to be better tomorrow.”