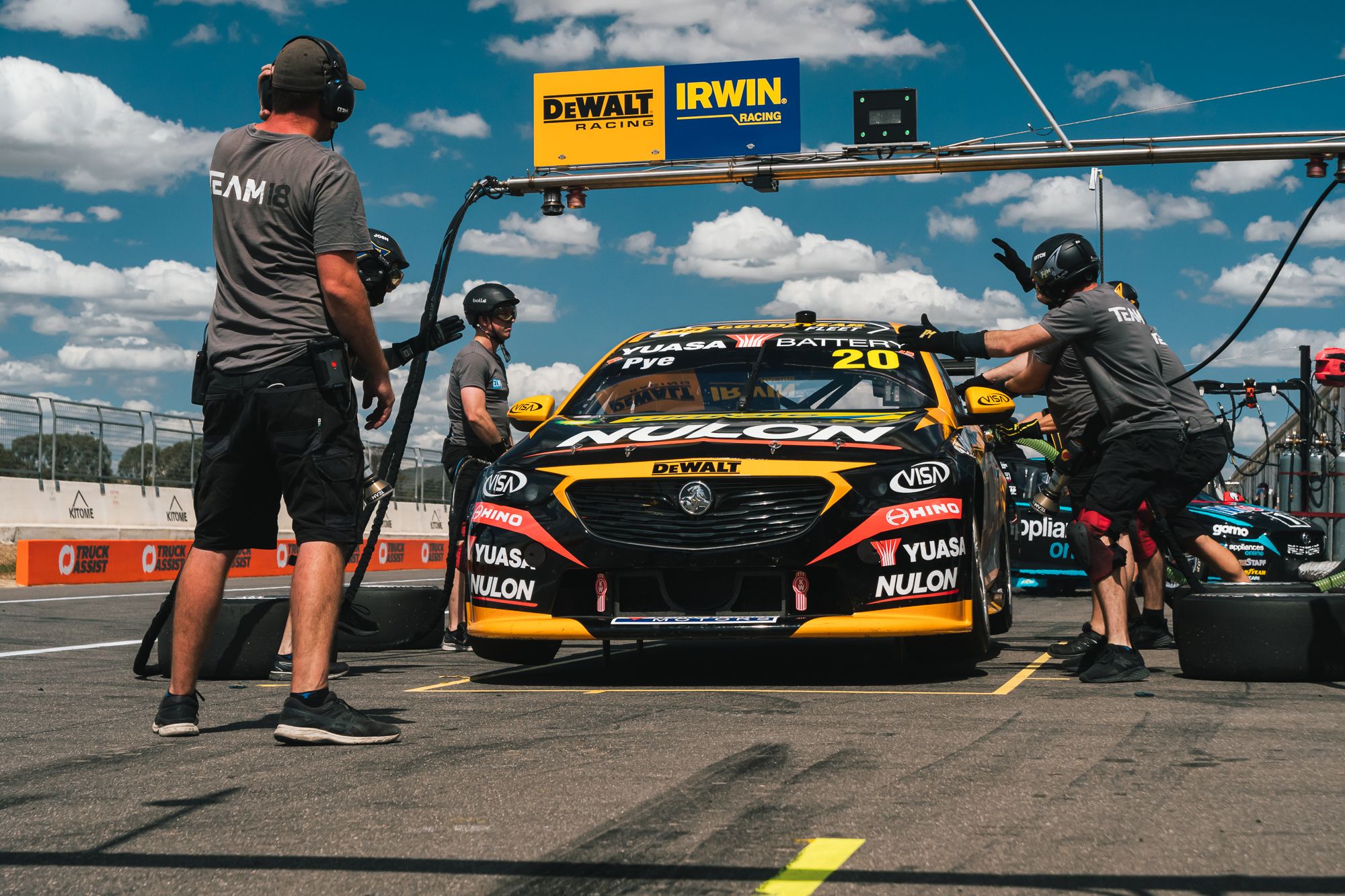 Team 18 drivers Scott Pye and Mark Winterbottom completed over 700 kilometres in valuable testing laps in a successful first hit out for the year at the official pre-season test at Winton Motor Raceway yesterday.

Pye finished the day fourth fastest in the DEWALT Racing Commodore, turning over 150 laps of the regional Victorian circuit. 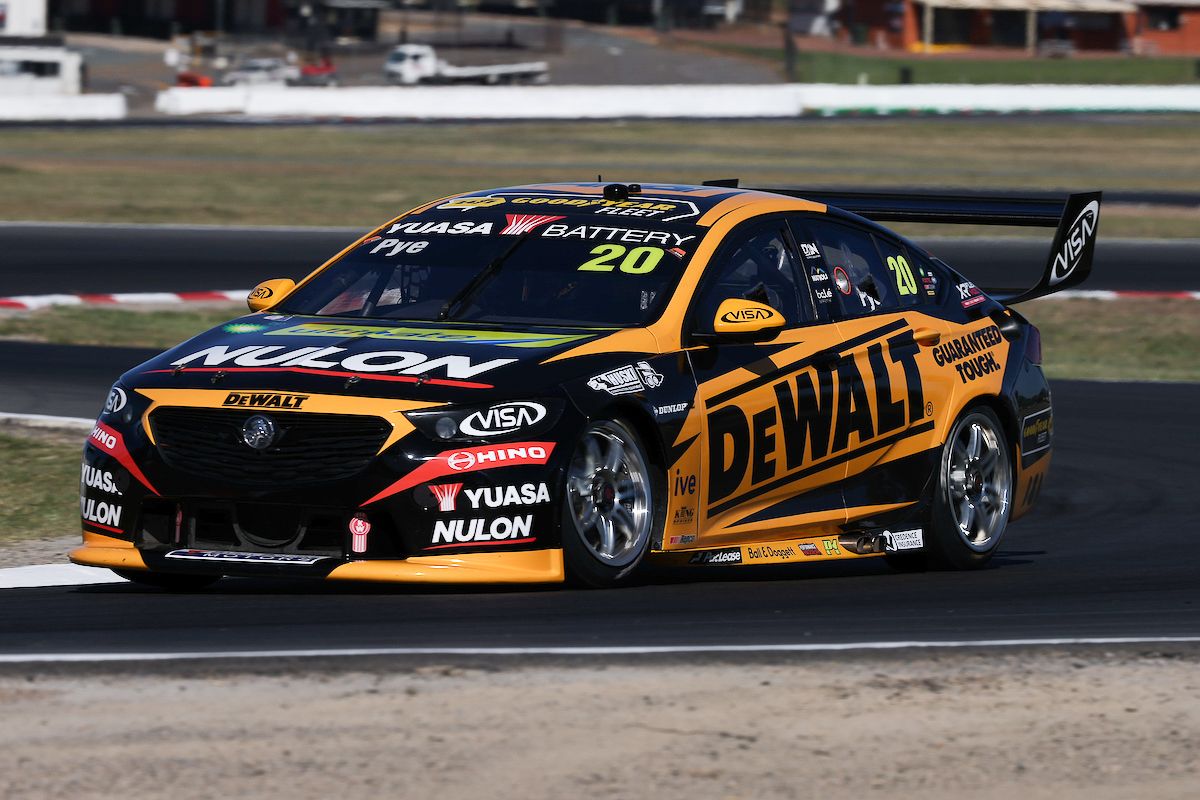 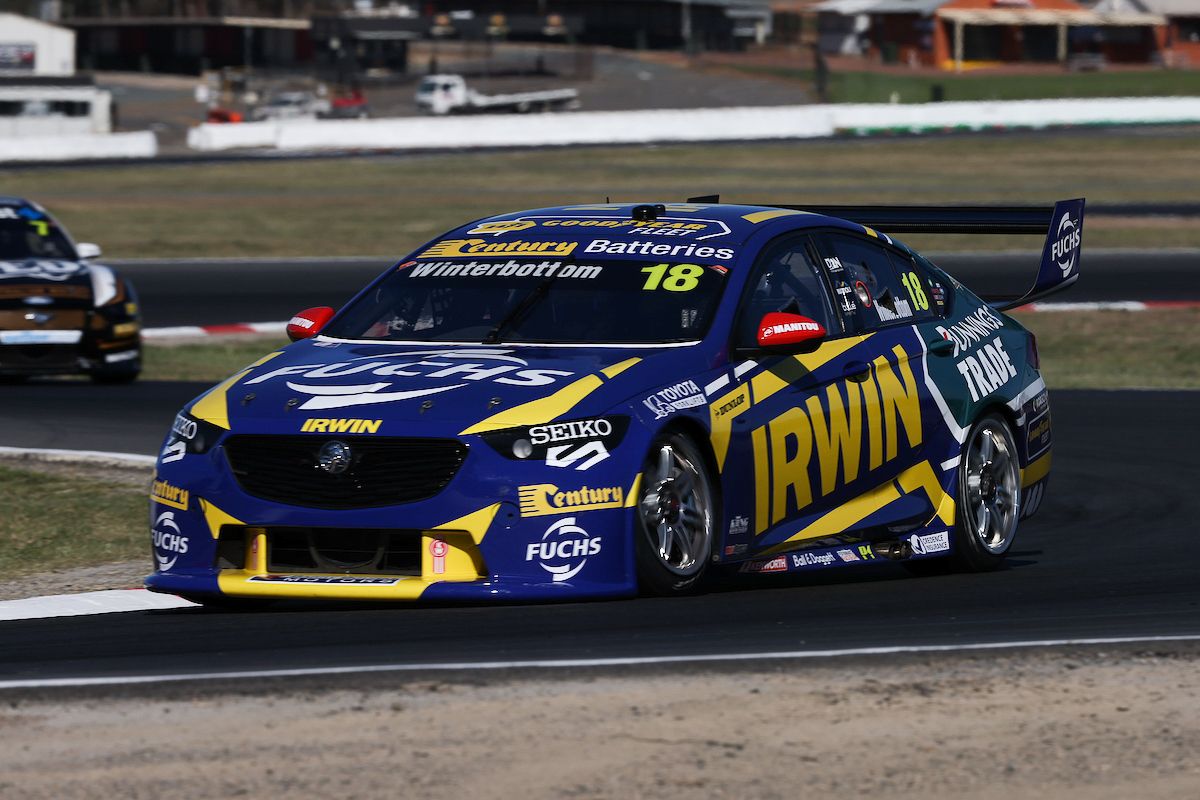 Winterbottom completed 128 laps in an intensive testing program, with new co-driver Michael Caruso slotting in for a couple of stints during his first day with the team as they refined their package to take on the remainder of the Supercars season.

The fastest times of the day were all set in the opening stints of the day, before the temperature rose dramatically with overall grip levels reduced as a result, providing an additional challenge for the Team 18 engineering group under new recruit Richard Hollway.

Attention now turns to next week’s opening round of the 2021 Repco Supercars Championship at the Mount Panorama 500, with practice kicking off next Friday.

All the action from the Mount Panorama 500 can be viewed live on the Seven Network, Fox Sports and Kayo. 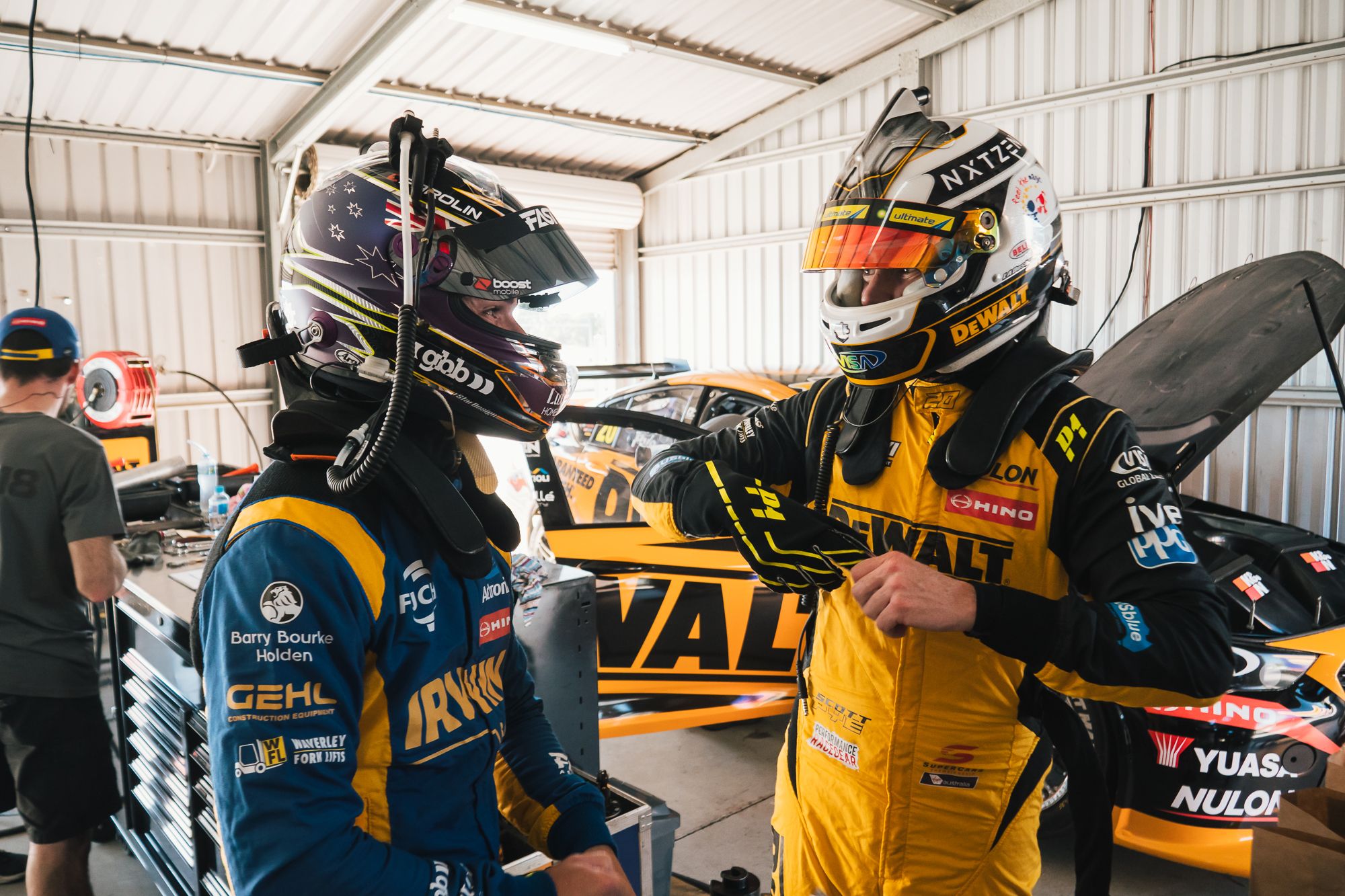 “It’s been a really productive day, we completed well over 100 laps and we improved the #20 DEWALT car steadily throughout our stints.

“It was awesome to get Jimmy [Golding] in the car and get him comfortable, he pumped out a lot of laps and was well on the pace.

“We feel our pace is quite strong however it is only a test day so it’s hard to gauge what anyone really has until we enter qualifying at Bathurst next week.”

“It was nice to get back in the car today, we got rid of the cobwebs early and ran through the items on our test program,” said Winterbottom.

“Early in the morning was the best part of the day when the fastest times were set, before the track temperature skyrocketed.

“We didn’t set an outright lap time but focussed on tuning the car up for race-runs and to look after the tyres in the hot heat.

“As a team we have come a long way, the cars ran seamless and both cars ran over 100 laps, mechanically they were on song which was a testament to the efforts put in by the team to get here.”

“We had a few little things to check with my seating position but after a few small adjustments early on I felt really comfortable in the car already.

“We had a few testing items to work through and overall it was a strong day for the team, I can’t wait to get back in this car.

“This team has come a long way in a short time since their expansion to two cars, everyone is gelling so well and it makes like easier to get the job done when it counts out on track.”

“I’ve had a great first day in the IRWIN Racing Commodore,” said Caruso.

“It was a great experience to get a feel of a Triple Eight built car for the first time today with the Team 18 inspired ZB Commodore, and to understand the differences and the adjustment required in my driving technique to learn the tricks of this car.

“All the crew were really welcoming, good to work with some familiar faces as well and they’re helping me adjust really quickly.

“There’s a really good team atmosphere heading into the new season and I’m really looking forward to what’s to come for this group.”