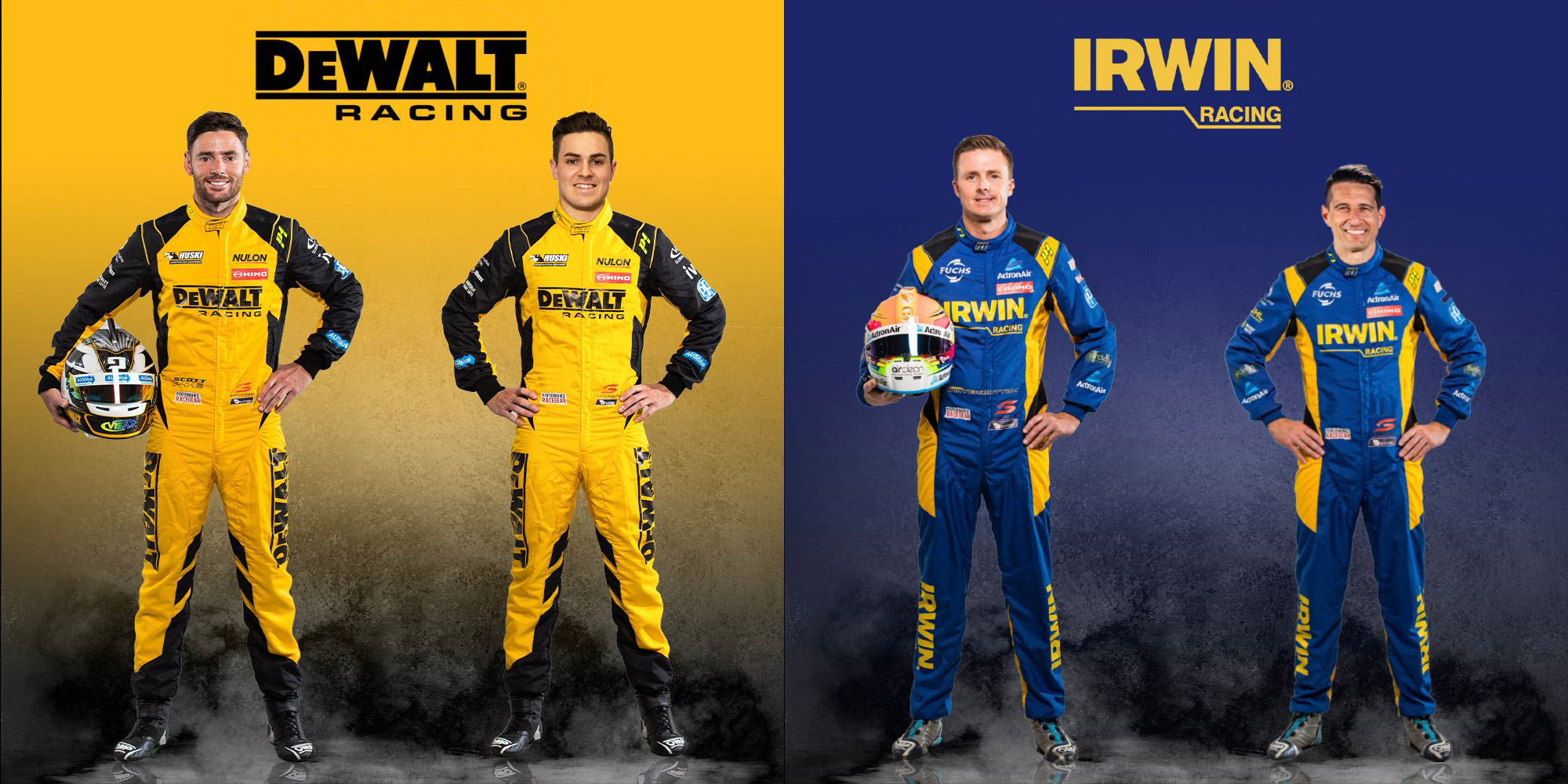 Team 18 has confirmed its enduro partners for the 2021 Repco Bathurst 1000, with Michael Caruso to team up with Mark Winterbottom, and James Golding moving across to pair up with Scott Pye.

Golding, who placed eighth with Winterbottom in the Bathurst 1000 last year, jumps across to the #20 DEWALT Racing entry to support Pye, a two-time runner up in The Great Race.

The 25-year-old joined the team in 2019 following a two-year stint as a full time Supercars driver, and will make his sixth Bathurst 1000 start this year.

Caruso will make his 16th Great Race start this year and joins fellow Sydney-born driver Winterbottom for the first time since the pair began competing against each other in karts over 25 years ago.

The pair raced as rivals in the Supercars Championship for the last 15 years before Caruso, a two-time race winner, settled into the role of a specialist endurance co-driver.

Caruso and Golding will take the wheel in their respective cars during the official Supercars pre-season test at Winton Motor Raceway tomorrow alongside the primary drivers.

Team 18 and the entire Supercars field will launch into the season proper at the Mount Panorama 500 next week for Round 1 of the 2021 Repco Supercars Championship, featuring two single-driver 250km races for Winterbottom and Pye.

Practice kicks off on Friday, February 26, with coverage via the Seven Network, Fox Sports and Kayo.

“We had a strong run with Frosty [Mark Winterbottom] last year and I’m pumped to continue on in the Team 18 stable.

“Scott’s an experienced campaigner at the Mountain and as a two-time runner up he has a strong track record up there.

“If I put my best foot forward and deliver for the team, it gives me the best opportunity to keep my name in frame for a main game return in 2022.

“I recently did a seat fit in Scott’s car, so we’ll make sure the new insert is comfortable at speed.

“The first day back in the car is just about re-familiarising myself and running through the team’s test program.

“Bathurst 1000 being such a crucial round in the championship, I will continue to spend as much time with the team at test days and ride days with all my energy focussed on delivering for them at the Bathurst 1000.”

Scott Pye, Primary Driver – #20 DEWALT Racing Holden ZB Commodore
“James was one of the stand-out co-drivers last year so it’s great that he was eager to come on board my #20 DEWALT car for the biggest race of the year,” said Pye.

“He is young, fast and very eager to be in the top level of Australian racing, so he is really embracing this opportunity and I know he’ll be on the pace.”

“We’ve been competitors since we raced karts as kids, but we have never actually teamed up for anything so I’m looking forward to seeing how he operates within the team.

“I’m very much aware of his abilities as a Supercars champion and he’s won Bathurst as well, so it’s exciting to team up with someone who knows how to get the job done up there and that’s what we’re aiming to do.

“Tomorrow’s test at Winton is going to be a great opportunity to get a feel for the car, meet people in the team and work together for the first time and work on all the little processes that are crucial to the end result.”

“Before then I’ll just be looking at getting as much seat time as possible between test days and ride days so when we get to the Bathurst 1000 we’re fully prepared to put our best foot forward.”

“Michael and I grew up together through karting and we’ve now raced against each other in Supercars for over 15 years. This will be the first time that we’ve been together in the same team, so I’m stoked to finally get the chance to work with him.

“He’s doing other racing this year that will keep him sharp, we’re going to give him as much seat time as possible, so I have no doubt he’ll be on the money when we get to Mount Panorama in October.”