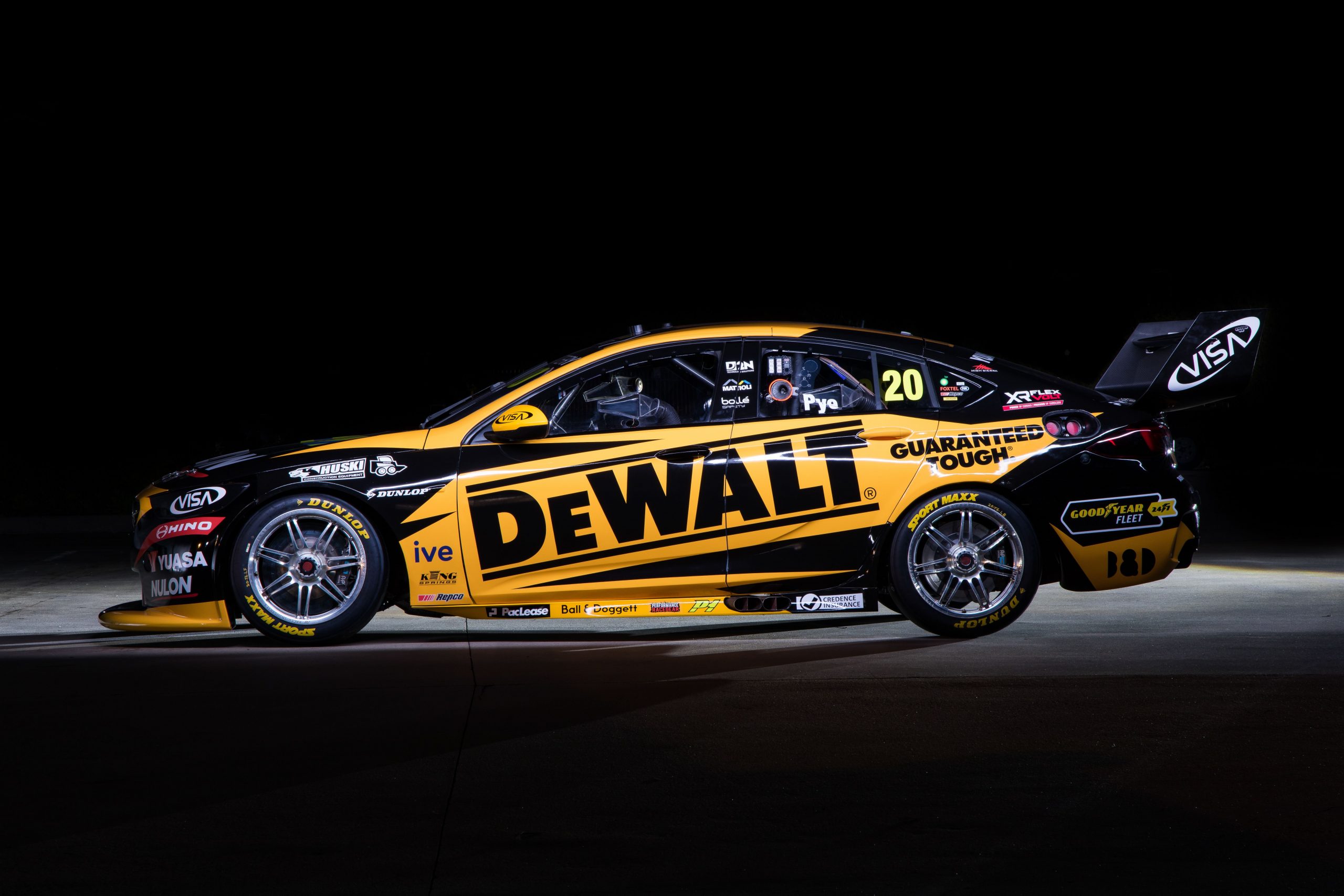 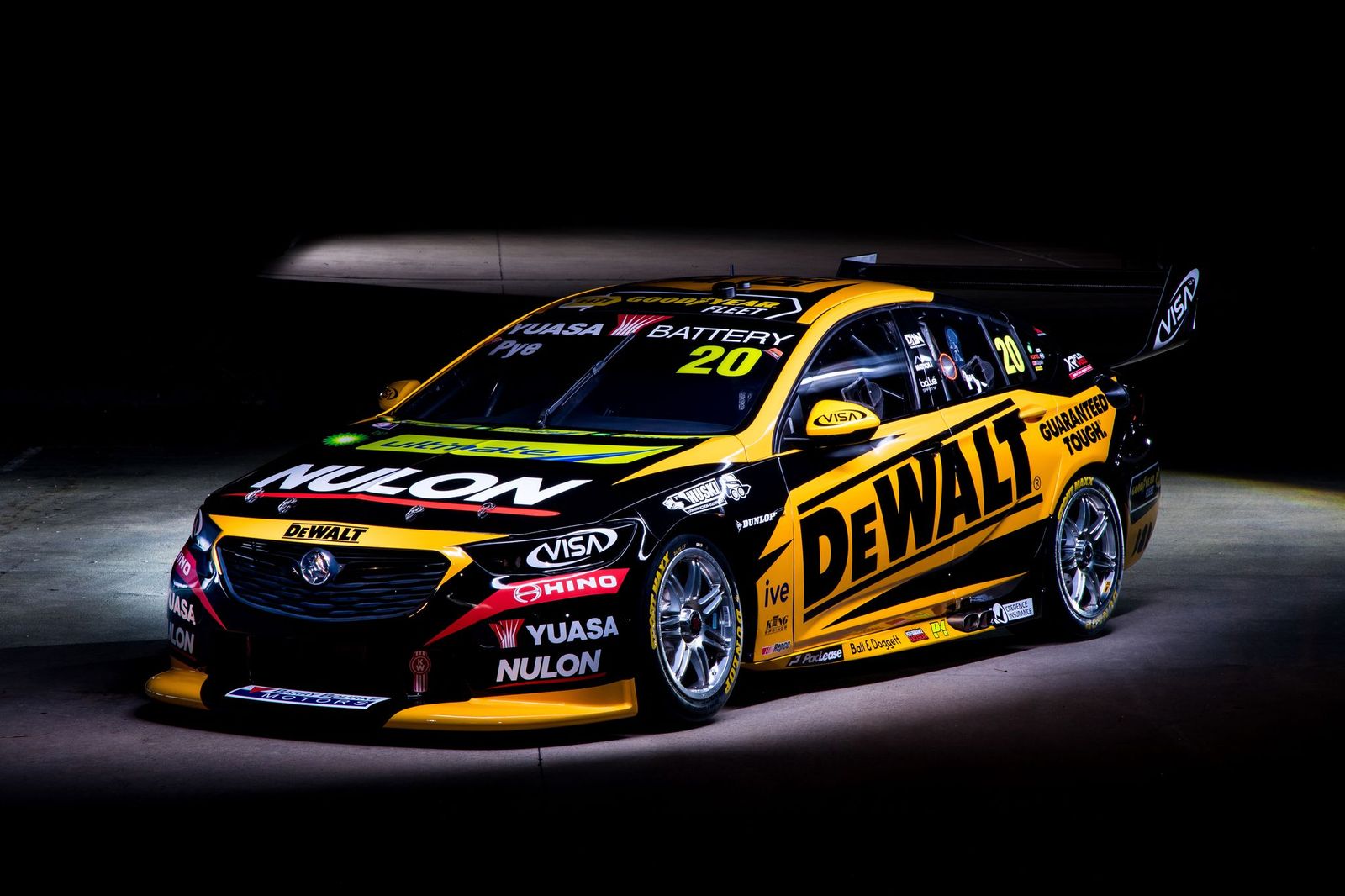 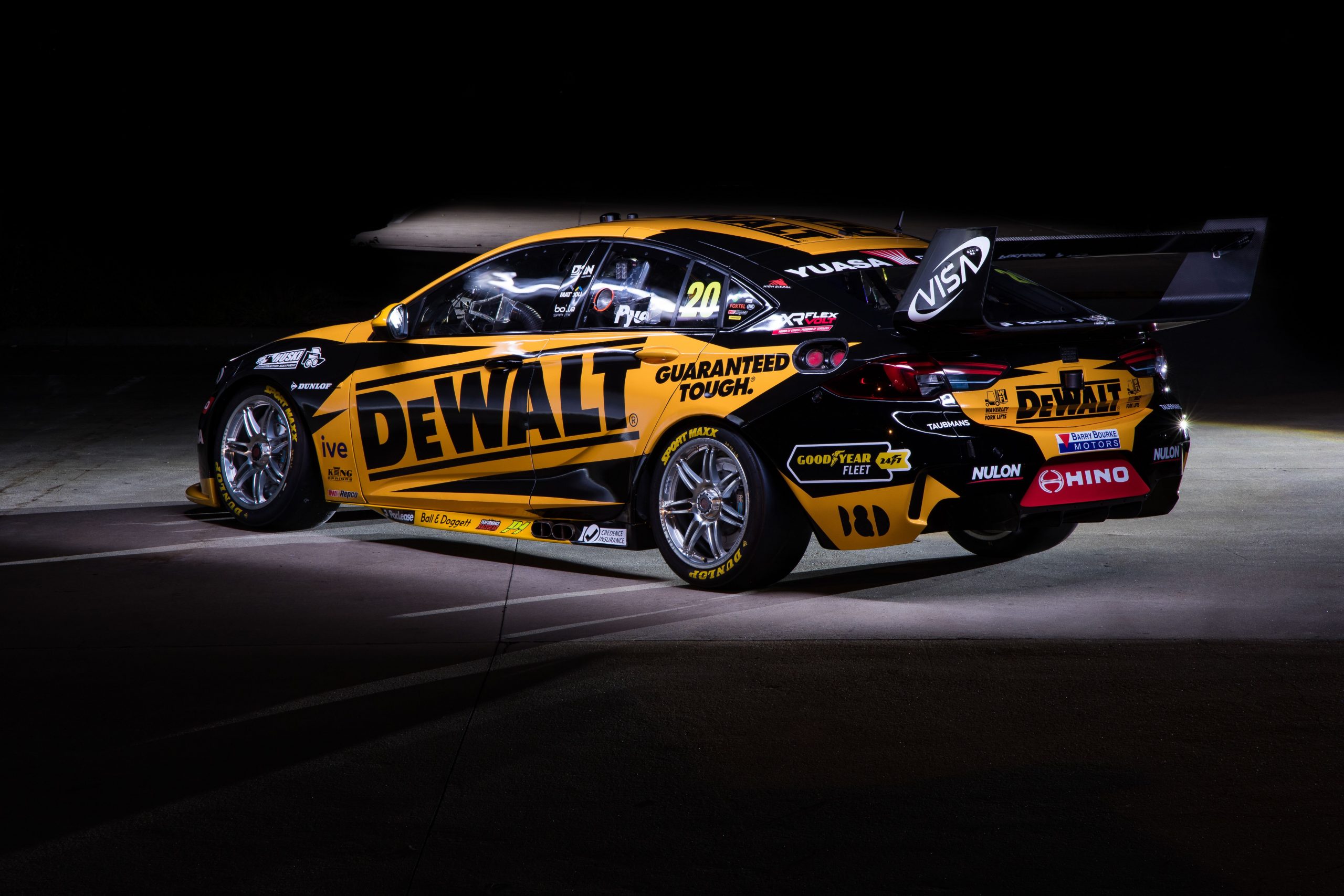 The #20 Commodore will continue in the famous yellow-and-black colours synonymous with DEWALT’s global motorsport program, with the livery brought to life by the team’s livery designer Nick Moss and graphics partner Ball & Doggett.

2020 was a breakout year for the Charlie Schwerkolt-owned squad, with Pye scoring three podiums in Darwin and a sixth place at the final round at the Bathurst 1000.

In the COVID-shortened 2020 season, Pye formed a formidable partnership with race engineer Phil Keed with his notable come-from-behind performances seeing him finish 2020 with the best average gain from starting position to race finish in the entire field. 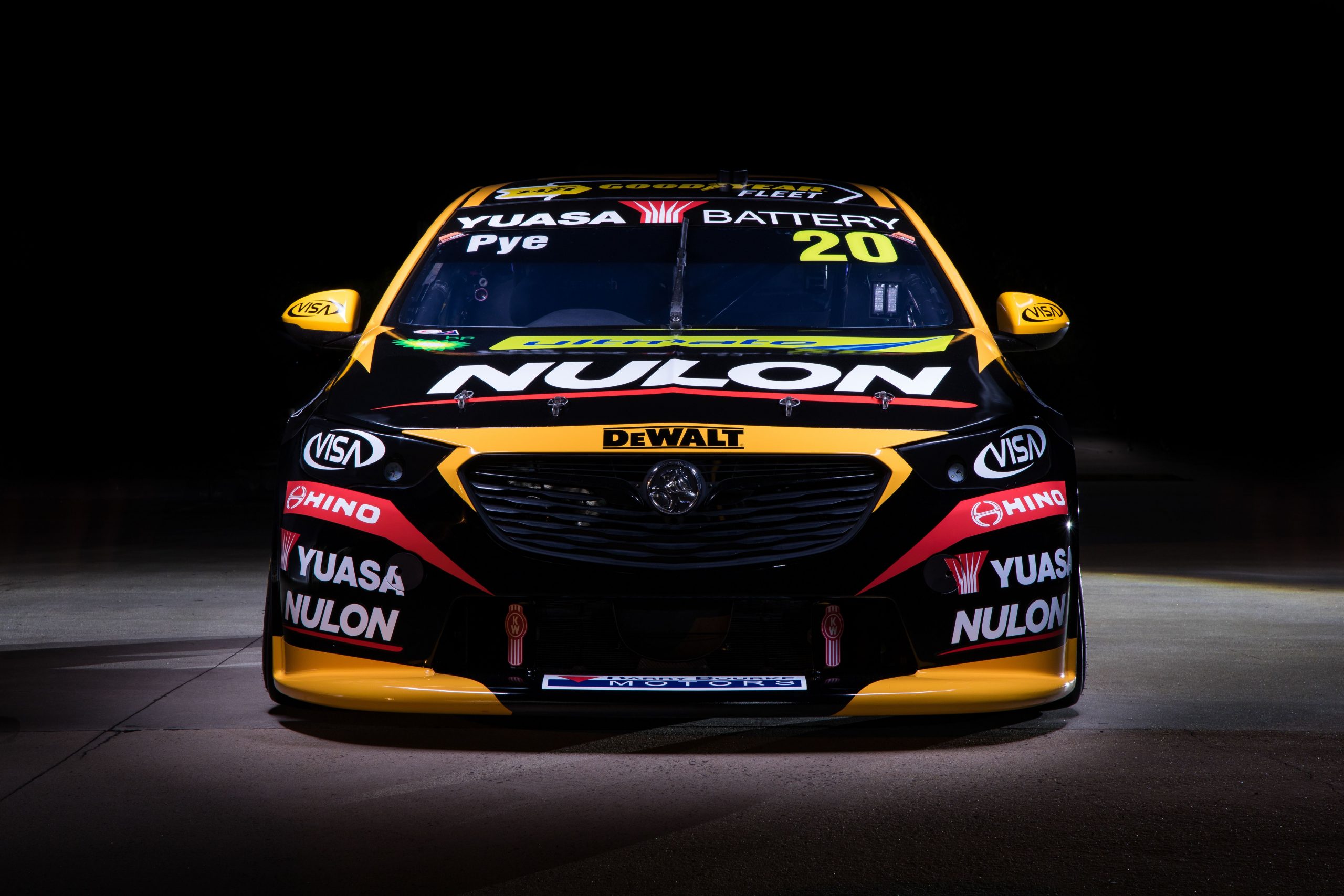 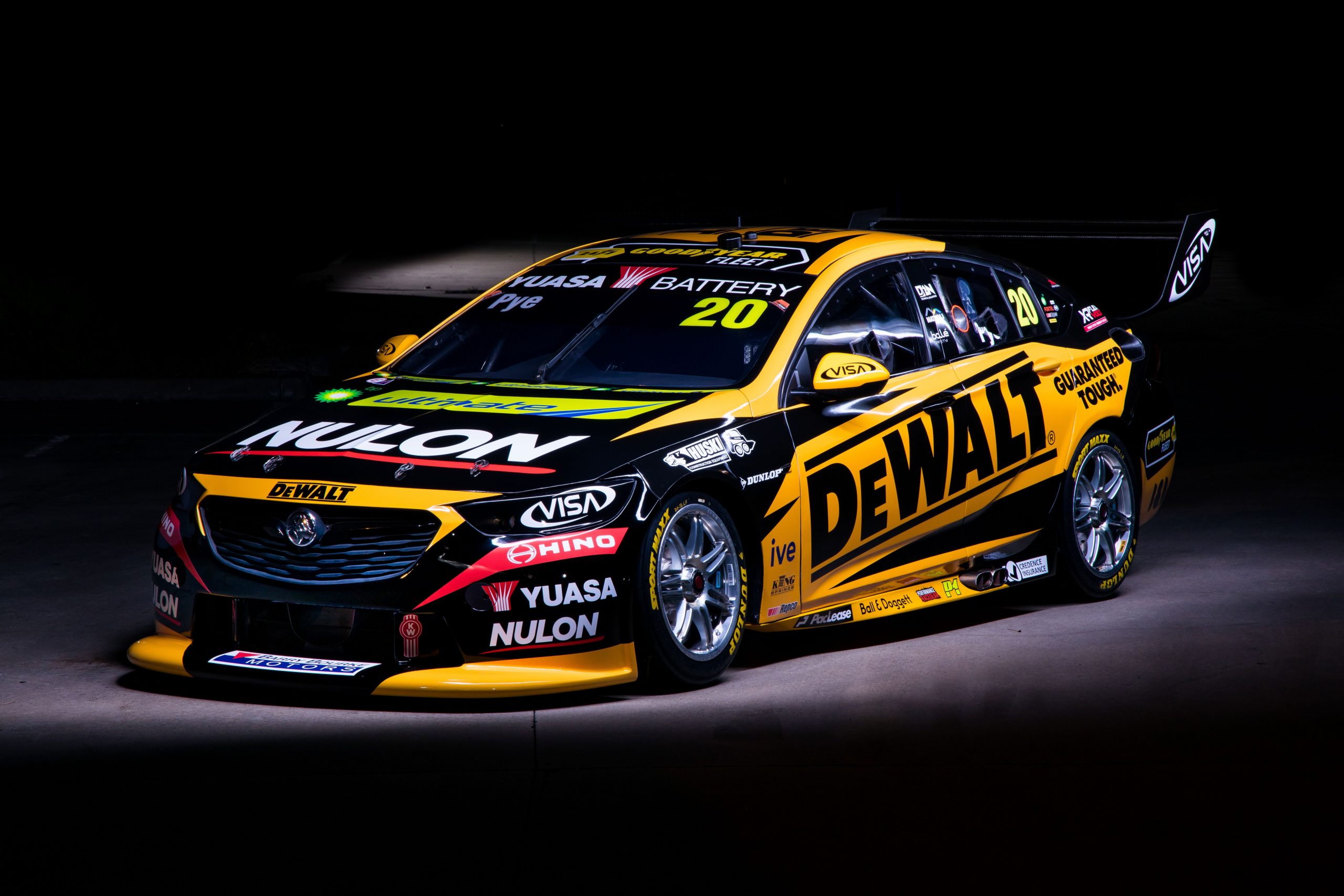 Now entering his ninth full-time championship and his second year with Team 18, Pye and DEWALT® Racing head into 2021 as a serious threat for race wins.

Pye will hit the track for the official pre-season test at Winton Motor Raceway on February 19, before the first round of the 2021 Repco Supercars Championship at the Mount Panorama 500 on February 26-28.

“I’m extremely proud to represent DEWALT again and our 2021 Commodore looks fast, I’m pumped to get back behind the wheel at Bathurst,” said Pye.

“To have a globally renowned brand onboard is fantastic and it’s exciting to welcome new major partners this year with BP Ultimate and Yuasa Batteries, both really cool brands and I’m keen to get involved with these partnerships and see where we can take it.

“This season we have an opportunity to become a strong force and a team that can turn up on any weekend and be a contender.

“Our race pace in 2020 was phenomenal but finding that one lap speed in qualifying is a goal and if we can do that, regular podiums have to be the target.

“Going into my second season with Team 18 I feel really at home already and It’s great to know I’ll be carrying on with my engineer Phil Keed and the crew on my car to build on our learnings from last year.

“Last year sitting in the top ten as much as we did was satisfying, but that won’t be enough this year. We want to step up again and be consistently around the top five and aiming for podiums, and ultimately to get the team’s first race win.” 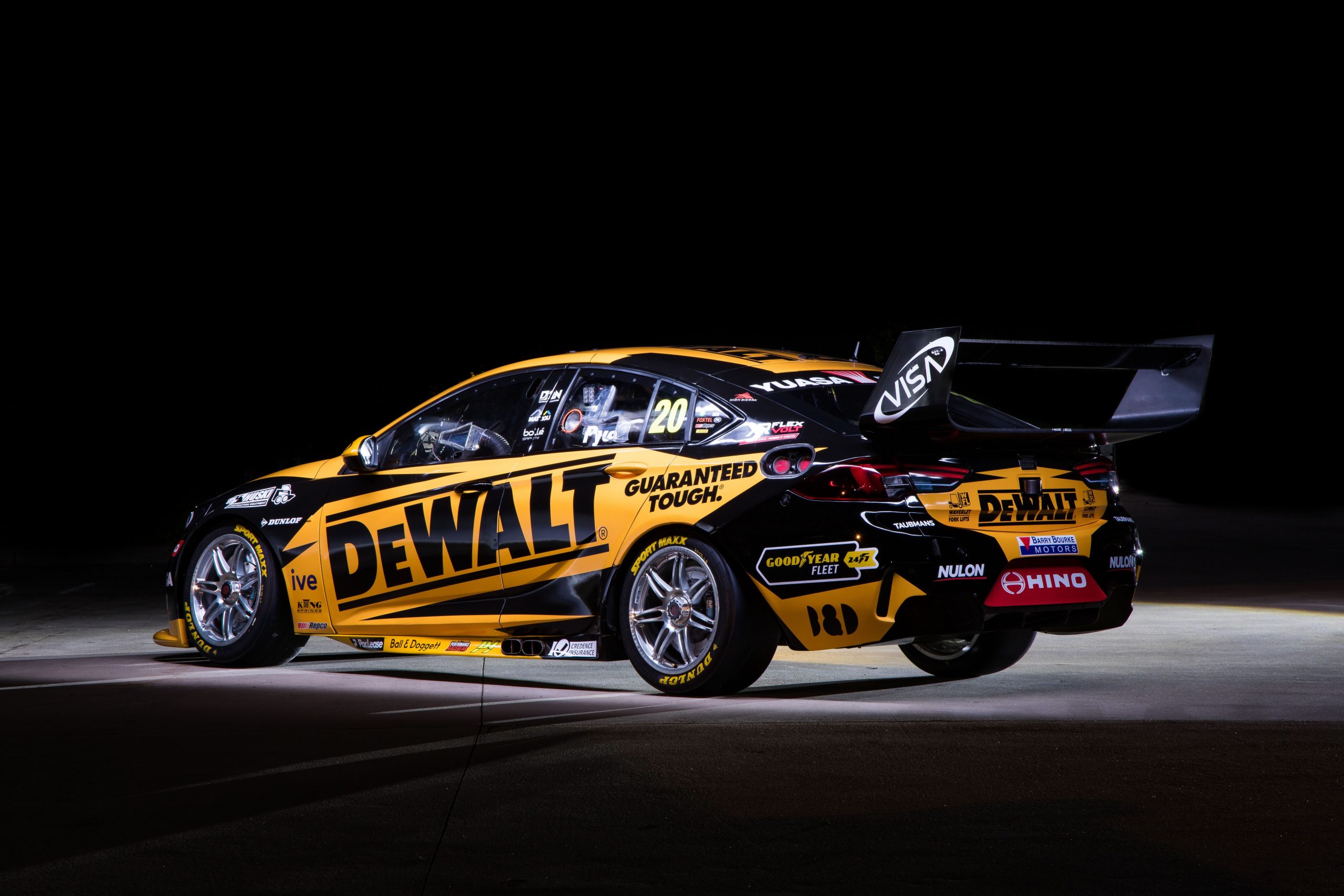 “We are so excited to represent the world’s largest power tool brand in DEWALT again in 2021,” said Schwerkolt.

“As a team we’re proud to partner with premium brands and this year we’ve introduced multi-year deals with BP Ultimate and Yuasa Batteries on the #20 Commodore alongside our amazing corporate partners.

“With such a strong performance for both cars in the top eight at the Bathurst 1000, I can’t wait to head back there for our season opener and see what we can achieve.

“It was an enormous exercise to expand to two cars last year, but we could not have had a better person than Scott onboard to bring everyone together and drive the team forward.

“On top of his talents, which we witnessed many times last year with his strong race performances, he’s an incredibly generous person and to see how he and his crew gelled and improved throughout the season was fantastic.

“The team has been working so hard in the off-season and I feel we’re on to big things for Scott and DEWALT Racing in 2021.” 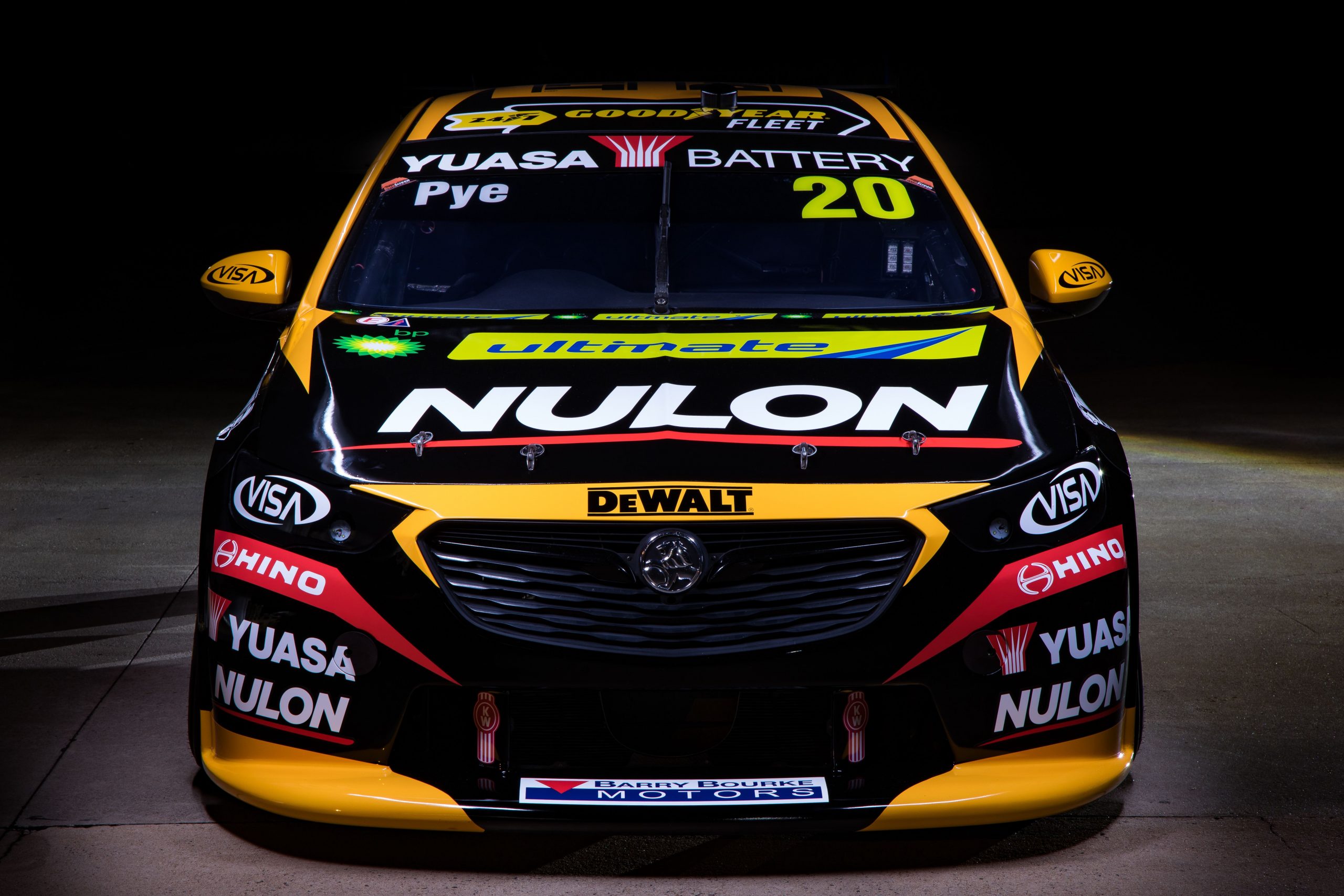 “We have so many great stories to tell about DEWALT in 2021, and the investment in DEWALT Racing is a great vehicle to shout about the brand and stand out from the crowd,” said Keyse.

“Scotty and the team were so exciting to watch in 2020, and it was great to see the results coming through during challenging times.”

“With the additional investment Charlie has put into the team, and the team’s hunger for success, we have no doubt that further results will come in 2021.”