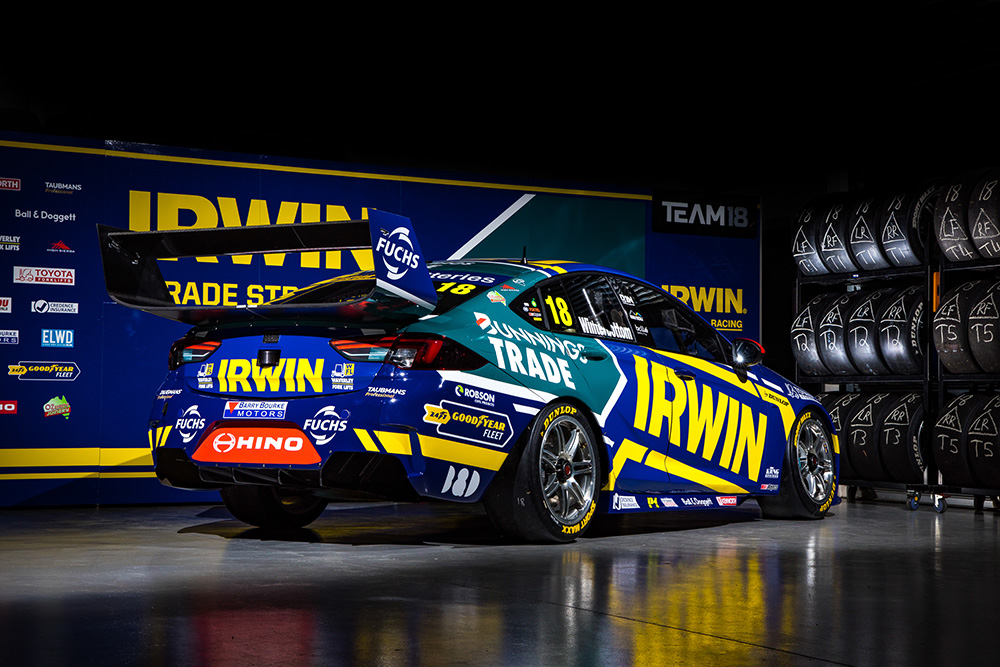 This season will be the third for Winterbottom racing the iconic yellow and blue colours of major backer IRWIN Tools, one of the leading brands of the world’s largest toolmaker, Stanley Black and Decker.

This year’s livery sports increased backing from IRWIN’s exclusive retailer in Bunnings Warehouse, with their Bunnings Trade branding on the rear quarter panels.

Winterbottom endured a solid 2021 campaign highlighted by a best finish of fourth in Darwin and an eighth-place finish at the Bathurst 1000 on his way to finishing 10th in the drivers’ standings. 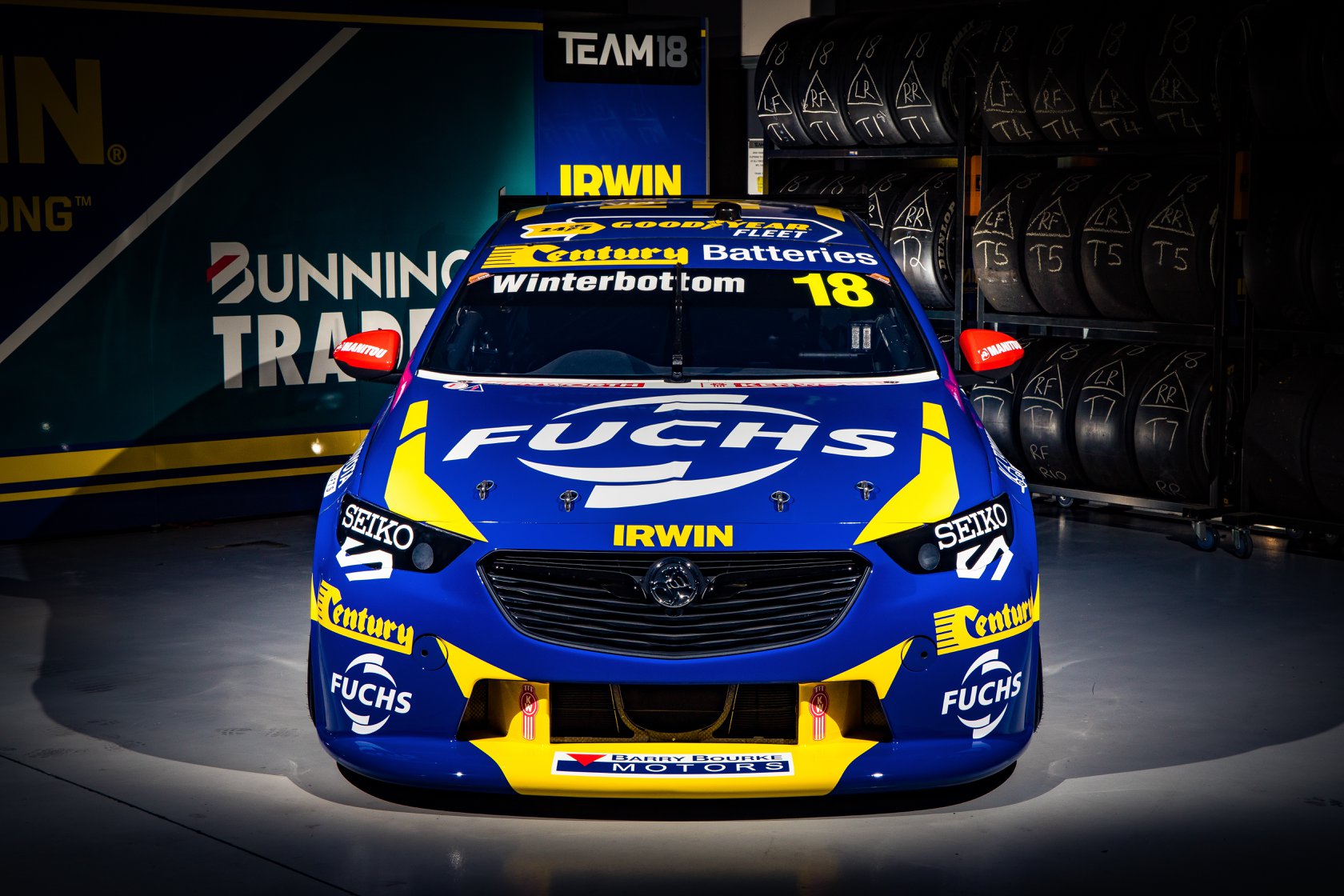 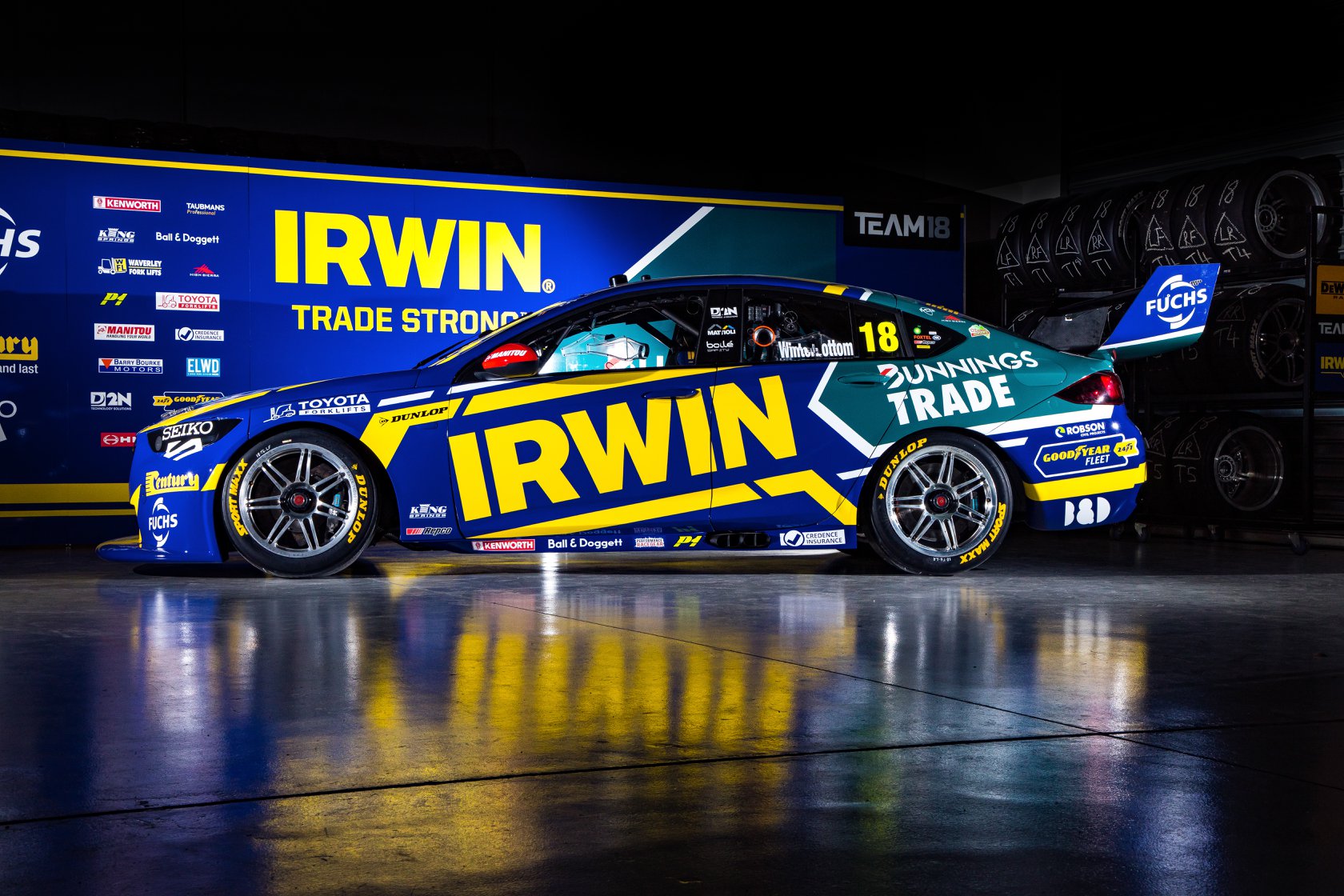 For 2021 he will retain race engineer Manuel Sanchez as he enters his third year driving the same ex-Triple Eight chassis.

Winterbottom recently agreed on a two-year extension of his contract with team owner Charlie Schwerkolt to continue driving for Team 18 through to the introduction of the new Gen-3 regulations planned for 2022.

The 2013 Bathurst 1000 winner and 2015 Supercars champion will celebrate 30 years since his racing career began with a helmet design paying tribute to his very first helmet in go-karting.

Winterbottom will hit the track in the IRWIN Racing Supercar for the official pre-season test at Winton Motor Raceway on February 19, before the first round of the 2021 Repco Supercars Championship at the Mount Panorama 500 on February 26-28.

“We announce every year how hungry we are to win, but with the progression of this team I’m heading into this new season feeling revamped and more determined than ever to get back to the top,” said Winterbottom.

“This is one of the best-looking IRWIN liveries I’ve seen. It’s a bolder look with more blue across the front of the car and the addition of the iconic Bunnings green across the rear flanks, it’ll be one of the toughest cars out on track and will stand out on the grid.

“Heading to Bathurst for Round 1 is certainly a strange feeling but our approach as a driver won’t change.

“Traditionally we only go there in October for the two-driver enduro but these days the 1000 is a flat-out battle anyway, heading there for a sole-driver sprint race weekend is really exciting and there’s a buzz in the air with Bathurst as the season opener.

“It’s a great feeling heading into a new year with the same engineer and crew, but we’ve complemented that with the recruitment of Richard Hollway in the engineering department. He’s worked with Manuel for seven years previously so they already have that rapport and working relationship, and it feels like he’s been here for years already.

“We’re in a great position, we’ve got great staff, great equipment and we’re as hungry as ever. It’s time for Team 18 to get up the front and chase those wins.”

“We are so proud to race the iconic colours of IRWIN Tools for the third year of our partnership and we feel this is our best livery turnout yet for the number 18 car,” said Schwerkolt.

“Every year we step up our level of presentation and professionalism, and to welcome new support from Bunnings Trade, Century Batteries, and Taubmans Paint alongside our suite of premium corporate support is a real vote of confidence in what we’re building here. 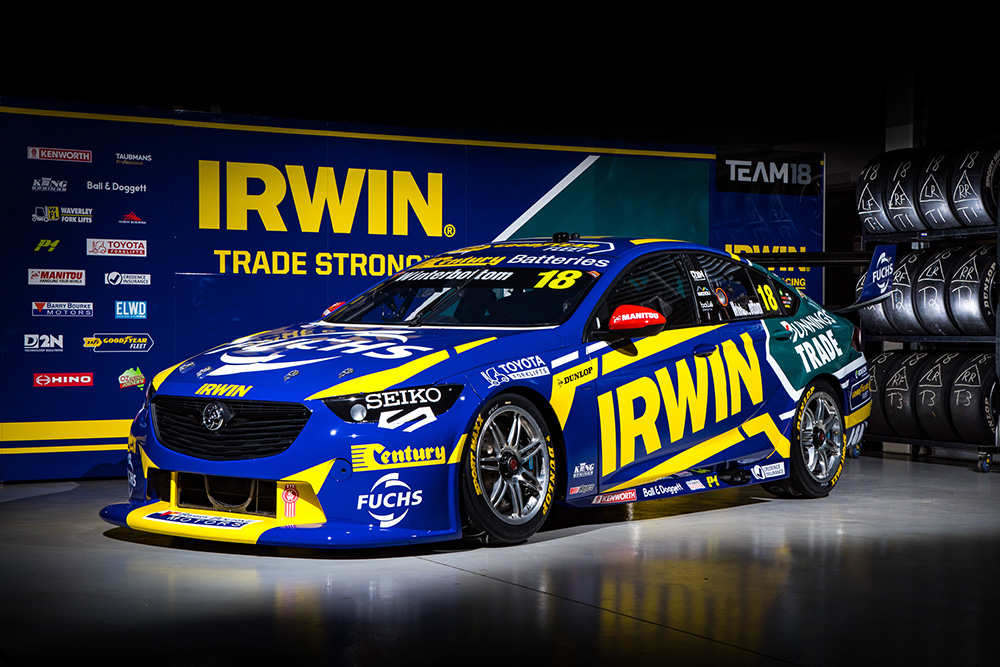 “2020 was a year where Team 18 stood up with multiple podiums in our first-year as a two-car squad, so for 2021 we want to take the next step forward and be a consistent force in the Supercars championship.

“With the drivers, the crew and the technical nous behind us, we really have what it takes to become a top four team in this championship.

“Frosty joined our team looking for an environment to build and prosper, and from the outset he has shared my vision of the team and where we’re headed.

“He’s as fit, fast and determined as I’ve ever seen him and I believe in 2021 we’ll see the fruits of his hard work.”

“Both IRWIN Tools and Bunnings Warehouse are looking forward with a lot of excitement and anticipation on what IRWIN Racing and Team 18 can achieve in 2021,” said Keyse.

“The new car livery looks fantastic with a really strong IRWIN presence and the addition of the bold colours of Bunnings as our exclusive supplier.

“Supercars faced challenging circumstances in 2020, however, Frosty and the whole team made it a very progressive year.

“With Frosty’s determination, combined with the investment Charlie has put into the team, we are positive great results will come in the 2021 championship.”