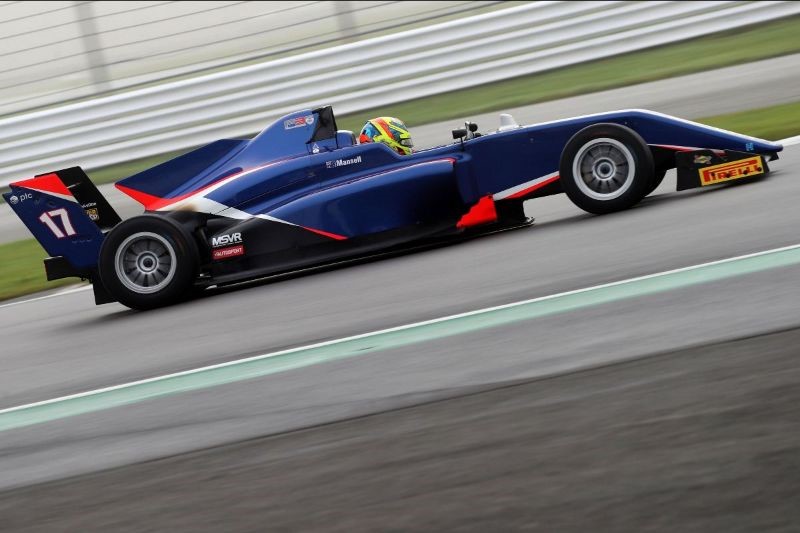 Australian rising star Christian Mansell will step up to the BRDC British F3 Championship this season, continuing his successful partnership with Carlin in the UK’s premier single-seater category.

The 15 year old talent enjoyed a stunning first season in single-seaters last year in the F4 British Championship. Scoring a brilliant overall victory in only his fifth race, he went on to take the Rookie Cup title with a formidable record of 14 class wins and 23 podiums.

Mansell assessed a number of options for the upcoming campaign with an extensive testing programme at the end of 2020, including some positive runs at Snetterton and Silverstone in the current 230bhp Tatuus British F3 car.

The New South Wales racer remains with Carlin, who are one of the most successful junior single-seater teams in history. He will race with the continued support of AJM Transport, Castrol, Vawdrey Trailers, Infinity Sports Management, Rush Performance, IOR Petroleum and AMSL Diabetes.

Christian Mansell: “I’m super happy to be staying with Carlin for another season. We had some other options open to us, but it made sense to stay in a team that has pushed and supported me so much in 2020 and also to build on the experience I have on the UK’s circuits.

“I completed a few days testing at the end of the year which went really well. The British F3 car has quite a bit more power, so it’s certainly fun to drive. I can’t wait to get behind the wheel again as soon as possible and want to say a massive thank you to all my loyal partners who have made this possible.”

Trevor Carlin, Team Principal: “We’re delighted that Christian will stay with the team for 2021. He’s such a great character and developed so much in the car throughout last season.

“The focus now needs to be on consolidating the experience gained on UK circuits and building a consistent level of performance. Winter testing has shown this car suits his driving style, so I believe we’ll see some great performances from him this season.”

The prestigious British F3 Championship started back to the 1950’s and is renowned for producing the Formula 1 stars of the future. In its current incarnation, the series has been a stepping stone for 2020 F1 drivers Lando Norris, George Russell and Pietro Fittipaldi.

In 2021 the championship will consist of 28 races across eight events, competing as part of a high-profile package alongside the British GT Championship. The series will visit the top circuits in the UK and make an overseas visit to Spa-Francorchamps in Belgium.