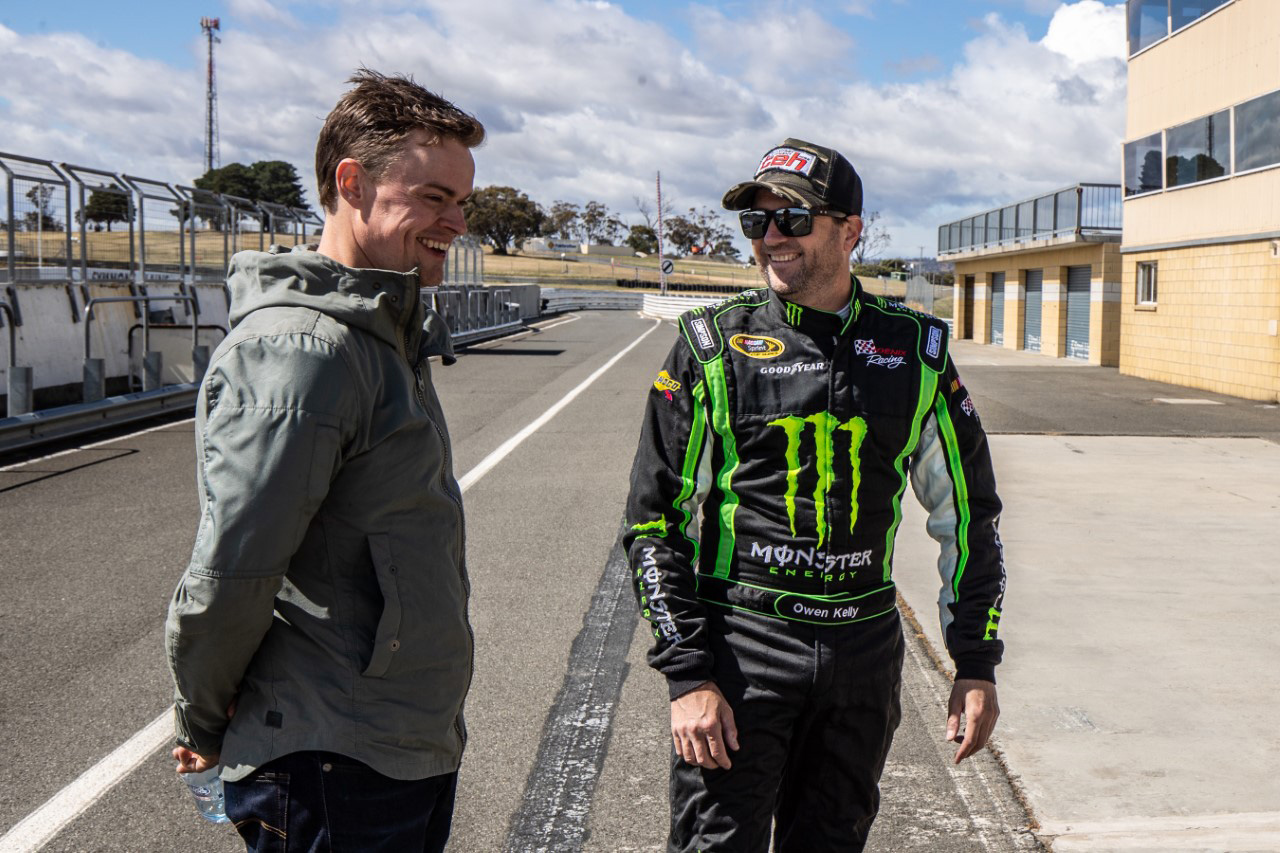 Owen Kelly will compete in the Race Tasmania Trans Am events at Symmons Plains and Baskerville Raceway next month.

The former Supercars and NASCAR driver will drive a Ford Mustang Trans Am car in the opening round of the National Trans Am Series at Symmons Plains, followed by the unique Trans Am Ten Thousand event at Baskerville near Hobart, where the winner will pocket a cool $10,000.

Offering a hand over the twin race meetings will be fellow Tasmanian native Marcos Ambrose, who will act as Kelly’s crew chief.

Ambrose needs little introduction to these type of American-bred race vehicles. After winning two Supercars Championships in 2003 and 2004, he ventured to the USA where he competed in the USA’s top flight NASCAR categories and will have a sound understanding of the V8 powered cars.

On top of a long career in Supercars competition, Kelly himself has many seasons of American-style stock car racing, having raced at the highest level in recent years.

Despite his experience in these types of vehicles, Kelly has never raced Trans Am race cars.

The Trans Am category is one of four Australian Racing Group classes that will compete in the inaugural Race Tasmania event. Joining Trans Am will be TCR Australia, S5000 and Touring Car Masters, plus a number of local racing categories including HQ Holdens, Hyundai Excels and Improved Production.

“The Trans Am cars are not that dissimilar to a short track NASCAR, so I think I’ll be able to find my feet pretty quickly,” said Kelly.

“But I treat all cars the same – Four tyres and a race car, rag it and get the most you can out of it.

“I think that two events within less than seven days is a great concept. It’s fantastic how they are doing it. The locals are really going to love it, and it really keeps the cost down for the teams, being able to have two meetings in a minimal amount of time.

“When I was in The States, I enjoyed racing every week. Back-to-back is really good. It doesn’t happen enough here in Australia.

“When I committed to doing these races, I just thought I’d get a couple of mates together and run the car. Straight away, I thought of Marcos and my brother. A couple of other mates might come down, and we’ll just go have a good time. It’s an old school, fun way of going about it.

“We’ll take it seriously, but it’s like back in the days where you’d throw the car on the trailer and drive to the races. It’s going to be good.

“Marcos will definitely be an asset. He has a good handle on how race cars work, especially this style of car – it’s what we are used to in The States. I can’t wait to get into it.”