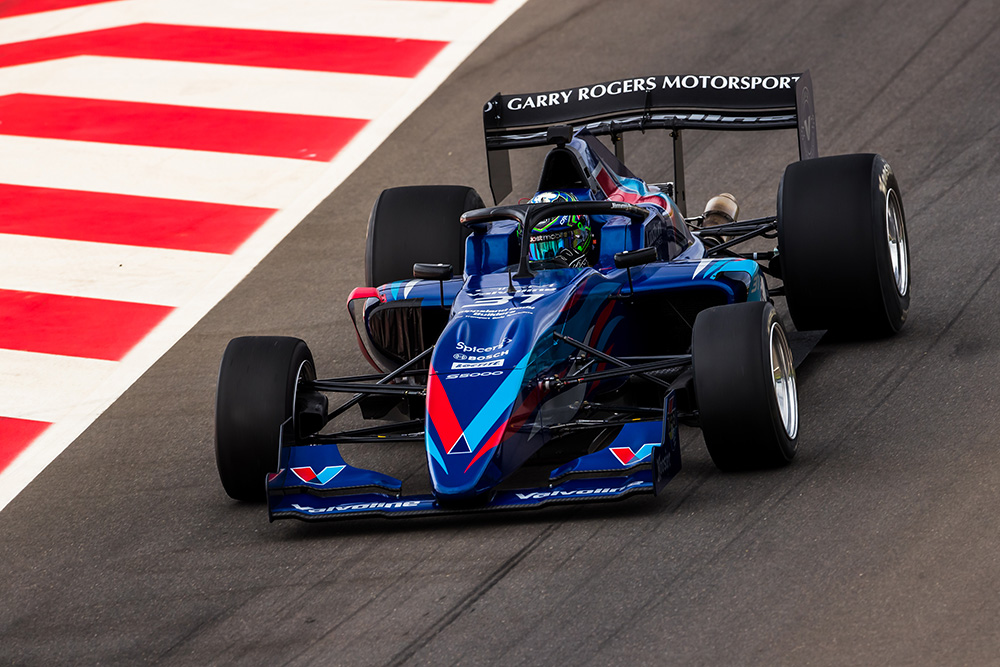 After an almost two-year absence of national level motorsport, the grounds of Launceston’s Symmons Plains Raceway will once again feel the thunder of high-horsepower V8 racing engines on Monday, December 7.

Legendary racing team Garry Rogers Motorsport (GRM) will bring an S5000 open wheeler – Australia’s fastest form of circuit racing – and cars from the USA-inspired National Trans Am Series from its mainland base to Symmons Plains for a test and media day.

The test and media day will officially commence the build-up to January’s inaugural Race Tasmania event, which promises to be the Apple Isle’s biggest festival of national level motorsport in decades.

CLICK HERE for ticket details for the Race Tasmania events.

The test and media day will mark the first laps for an S5000 racecar on Tasmanian soil, with leading driver James Golding given the honours of putting his Valvoline-backed S5000 through its paces on the 2.4km circuit.

Designed and built in Australia, the S5000 utilises an FIA-standard carbon fibre survival cell by French racecar manufacturer Onroak, and is powered by a 5.2-litre V8, Ford-based ‘Aluminator’ engine capable of 560bhp.

S5000 is expected to record some of the highest speeds ever seen on the open expanses of the Symmons Plains circuit, with the track’s long-standing lap record – a time of 50.16s set in 1980 by Alfredo Costanzo driving a Formula 5000, the spiritual predecessor to S5000 – under threat when the new formula commences the reborn Australian Drivers’ Championship at Symmons Plains in January.

The National Trans Am Series is one of Australia’s fastest growing forms of motorsport featuring popular, purpose-built V8 ‘tin tops’ in the body shapes of American muscle cars, including Ford Mustang, Chevrolet Camaro and Dodge Challenger. 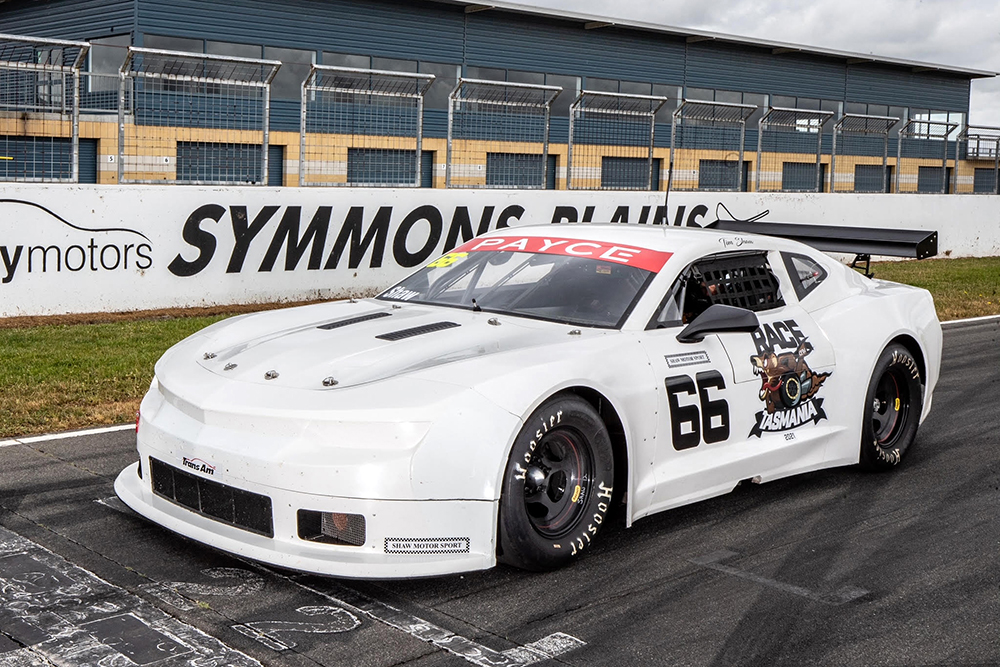 Although having retired from professional race driving, two-time Australian Touring Car Champion and multiple NASCAR race winner Marcos Ambrose will attend the test and media day as an interested supporter of the Race Tasmania event.

All four categories will open their 2021 seasons at Symmons Plains from January 24-26, with Australia’s first nationally televised race event culminating on Australia Day (Tuesday 26th). On-track action from both Monday and Tuesday will be televised live on the Seven Network.

Four days later (January 30-31), Hobart’s Baskerville Raceway will witness the return of the Tasmanian Ten Thousand – a historic Baskerville race previously contested by Sports Sedans, and restored in 2021 as a marquee event for national Trans Am competitors with $30,000 prizemoney on the line.

The Baskerville event will also feature non-championship racing for TCR Australia – a hark back to the touring car invitational races last seen at Baskerville in 1984 – and demonstration laps for the thundering S5000 open wheelers.

“The test and media day will provide an opportunity to gather data on a new circuit for these cars, but most importantly it will deliver the first taste of S5000 and Trans Am in anger at Symmons Plains, and some early imagery and vision to whet the appetite of Tasmanian motorsport fans,” said Rogers.

“Race Tasmania in Launceston and Hobart will be a fantastic festival of motorsport, and now it’s getting closer. We are genuinely excited about getting down to Tassie this month and again in January for the race events, and if early ticket sales are anything to go by then the Tasmanian motorsport fans are just as excited. We are limited to 5000 tickets per day so we recommend fans get in as soon as they can to avoid disappointment.

“Tasmanians should be extremely proud of their body for motorsport, Motorsports Tasmania, led by Donald Potter and Peter Killick who along with their dedicated team of volunteers are making this event a reality. It is one thing to embark on bringing multiple, elite level categories to Tasmania, but another to realise it. A debt of gratitude is also owed to two people who are a big part of Tasmanian motorsport – Tim Shaw and Greg Crick who have helped in various ways behind the scenes to bring it all together.”