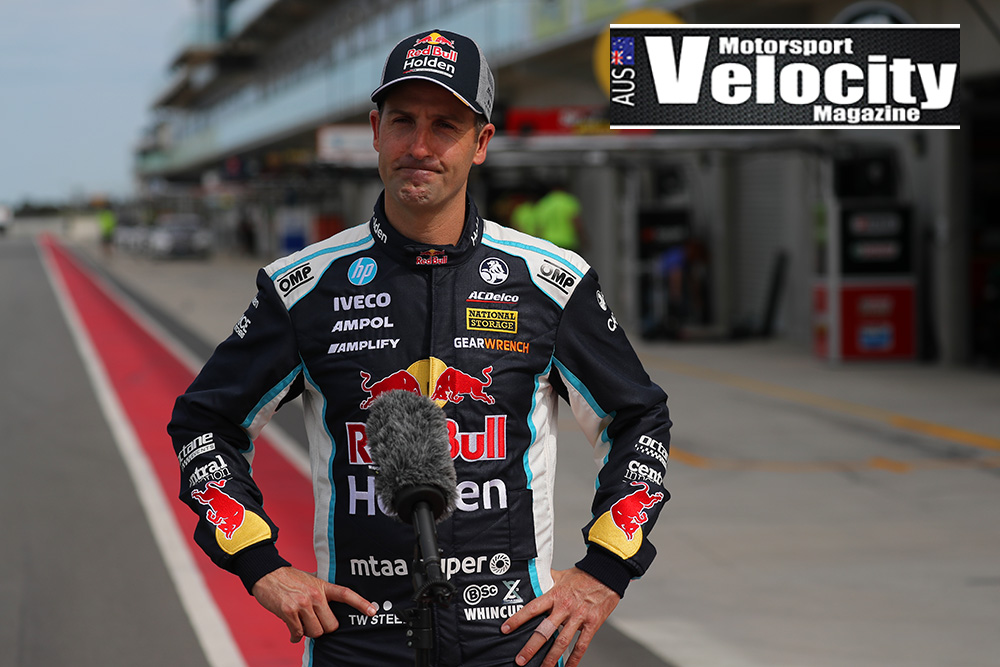 It’s understood Whincup drove one of the team’s trucks from Bathurst to the team’s base in Banyo following this year’s Great Race.

Freight drivers are generally exempt to the number of state border closures currently in place around Australia.

Supercars star Jamie Whincup has been booted from Queensland after crossing into the Sunshine State with incorrect paperwork. @kathrynforan #9News pic.twitter.com/UaABYEVGsW

Velocity Magazine learned last Saturday a number of people who were at Queensland Raceway for the AMRS third round on Friday were told to return to NSW after being at Bathurst the week before. Police were at QR on Sunday but AMRS have confirmed that was for a COVID-19 regulations check for public gatherings.

The Courier Mail report claims authorities visited the Triple Eight workshop on Friday, initially giving all involved the green light to remain in the state.

However, the Police have returned three hours later at which point the instruction to either enter hotel quarantine or to leave the state was issued.

Whincup posted on his Twitter account, “The border control situation in Qld is constantly moving. I was fine to cross the border last Monday returning from Bathurst, at 4pm last Friday after an investigation I was given the all clear to remain in Queensland, by 6pm I was asked to move to the QLD/NSW border bubble.”

The border control situation in Qld is constantly moving. I was fine to cross the border last Monday returning from Bathurst, at 4pm last Friday after an investigation I was given the all clear to remain in Queensland, by 6pm I was asked to move to the QLD/NSW border bubble. 1/2 https://t.co/pbflj74ec5

I packed my bags and headed south to enjoy a forced holiday on the beautiful beaches of Kingscliff. We followed the rules and direction of authorities at all times and will continue to until the border reopens. 2/2

“Task Force Sierra Linnet detectives are currently investigating the alleged return of a number of Queensland residents that had attended the Bathurst 1000 sporting event on the weekend of 17-18 October, 2020,” read a statement from Queensland Police to The Courier Mail.

“These matters are subject to ongoing investigation and no further comment can be made until the completion of these investigations.”

“We had seven people who came back across the border on F passes – as everyone is doing every day with commercial freight,” Roland Dane told the newspaper.

“One of those was Jamie Whincup, who is a heavy goods vehicle driver, has been for many years, and is a part-owner of the business.

“The fact is, the trucks came back legitimately on F passes driven by heavy vehicle drivers of which Jamie is one, in the way in which trucks are coming through every minute of every hour.

“All we’ve done is comply with the regulations.

“I don’t understand why we have been picked out in this when there are plenty of other trucks that have gone to Bathurst and come back to Queensland.”