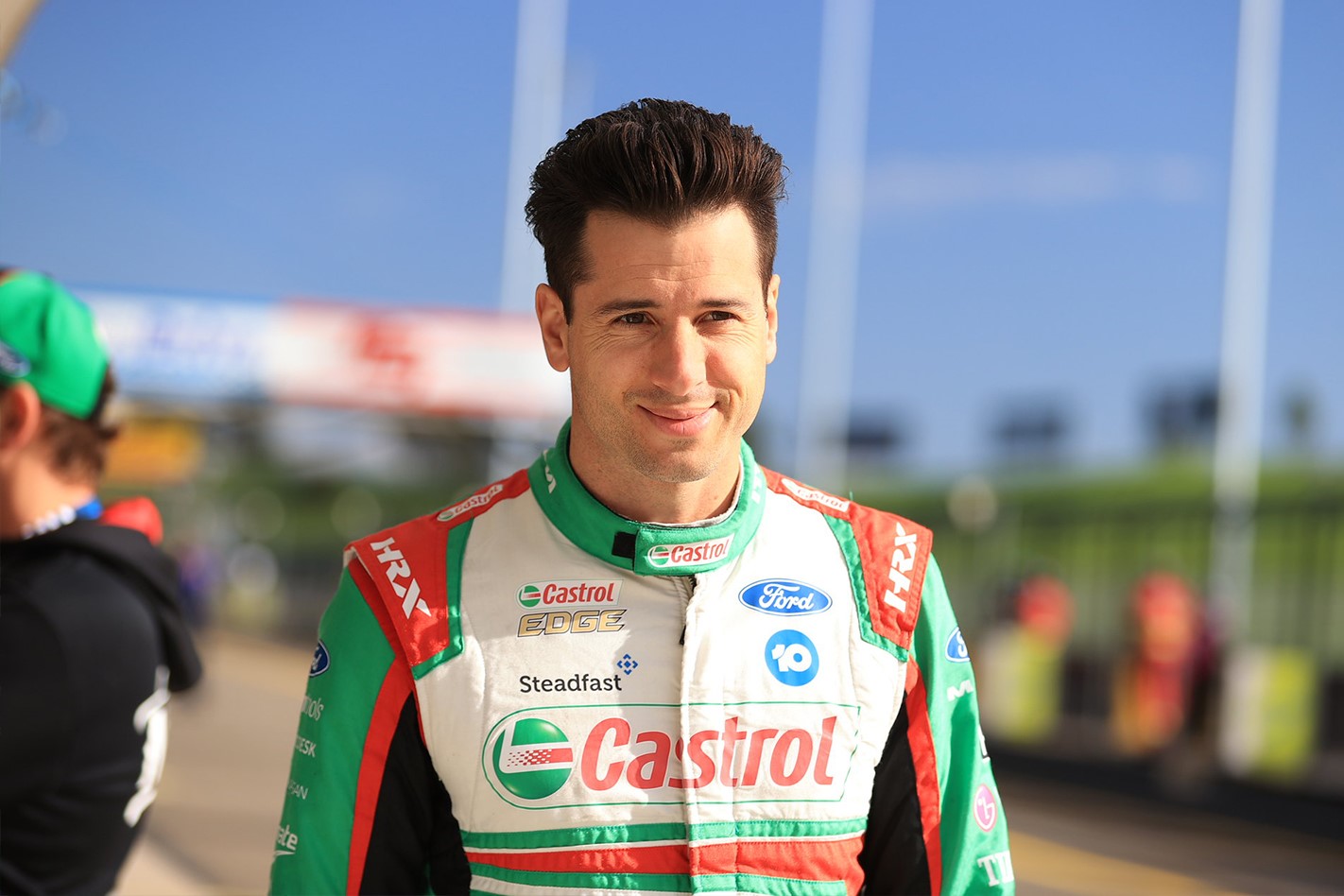 After competing in 20 Australian Touring Car and Supercar era Championship seasons and a total of 583 races between 2001 and 2020, Kelly Racing driver Rick Kelly is stepping back from his full-time driving commitments. At 37-years old, Rick steps back from the sport as one of the category’s most experienced and highly respected drivers with several illustrious accolades under his belt.

Rick is twice a winner of the Bathurst 1000 and the 2006 V8 Supercar Champion, with a total of thirteen race wins and 57 podium finishes to his name. In his 20 years in the sport Rick has also been an exceptional brand ambassador and commercial asset to multiple brands, including Castrol who have supported Rick for the majority of his career in motorsport.

Rick has been an integral part of Kelly Racing’s history and success having helped launch the team back in 2009 alongside his brother Todd. The car #15 driver has been an exceptional leader in the team and his presence at the race track as a driver will be missed by all in pit lane. Rick has many talents outside the car, from his work within the media, to being one of the only drivers ever to sticker his own car before a race.

Rick’s final race as a full-time Supercar pilot saw his #15 Castrol Racing Ford Mustang feature over 1000 individual fan photos in a special one-off livery. The support from the fans over Bathurst week was incredible and added to the emotion of the occasion as his full-time career came to a close.

Rick launched onto the Supercars scene in 2001 after he achieved an unbelievable run of success in Formula Holden where he won twelve of the sixteen races in the ‘01 season. From Formula Holden, Rick jumped at the opportunity to compete in the 2001 Bathurst 1000 for the K-Mart Racing Team alongside Nathan Pretty. The duo finished The Great Race and Rick’s first-ever top-level event in fourteenth place.

In 2002 Rick stepped up to a full-time V8 Supercar drive with the Young Lions program and in his rookie season achieved strong results, highlighted by a fourth at Bathurst and third at Pukekohe – his first of 57 Supercars trophies.

The following year Rick took over his brother Todd Kelly’s seat at K-Mart Racing where he achieved his first Bathurst 1000 win alongside Greg Murphy. The next year the duo cemented themselves firmly in the history books with a second win at the mountain making it two in a row.

In 2006, now racing for the HSV Dealer Team, Rick had an extremely strong and consistent season and achieved the highest accolade in Australian motorsport by becoming V8 Supercar Champion. Rick sealed the deal in the final round of the season at Phillip Island, a moment which he’ll never forget.

In 2009 Rick and brother Todd launched Kelly Racing. During the early stages of Kelly Racing’s development Rick took on some of the commercial aspects of the team, before stepping back from those duties to focus on driving in 2017. In 2011 Rick scored Kelly Racing’s maiden race victory at Pukekohe – one of the proudest moments of his career.

In 2013 Rick played an integral part of Kelly Racing history as the team transitioned to the factory Nissan outfit – establishing the first new manufacturer in Supercars during the Car of The Future era. During the Nissan period results were hard to come by however Rick added a further six trophies to the cabinet, highlighted by a race win at Winton in 2018.

2020 saw the team step into the Ford Mustang Supercar and hit the road for 106 days in order to keep the Championship season afloat during the COVID-19 pandemic. During this challenging period Rick excelled on the commercial front, delivering a unique view-point of the season, highlighted by his travels around Australia with wife Elysia and son Lex. His initiatives off the track provided unparalleled exposure for Kelly Racing’s team partners including Castrol, BP, LG, Ford, Sutton Tools and Steadfast.

Rick leaves his seat in Supercars on a positive note after showing a hunger for results and competitive drive that saw him consistently achieve top-ten results in 2020 despite Kelly Racing’s Mustang program being in its infancy.

Rick has been an incredible ambassador on and off the racetrack for Kelly Racing and the hundreds of commercial partners he has worked with during his career. During his 20 years in Supercars, Rick has also grown an incredibly supportive fanbase and he will be missed by thousands of Kelly fans as well as the whole Supercars community.

The entire Kelly Racing team wishes Rick all the best in the future and thanks him for all of the fantastic memories. 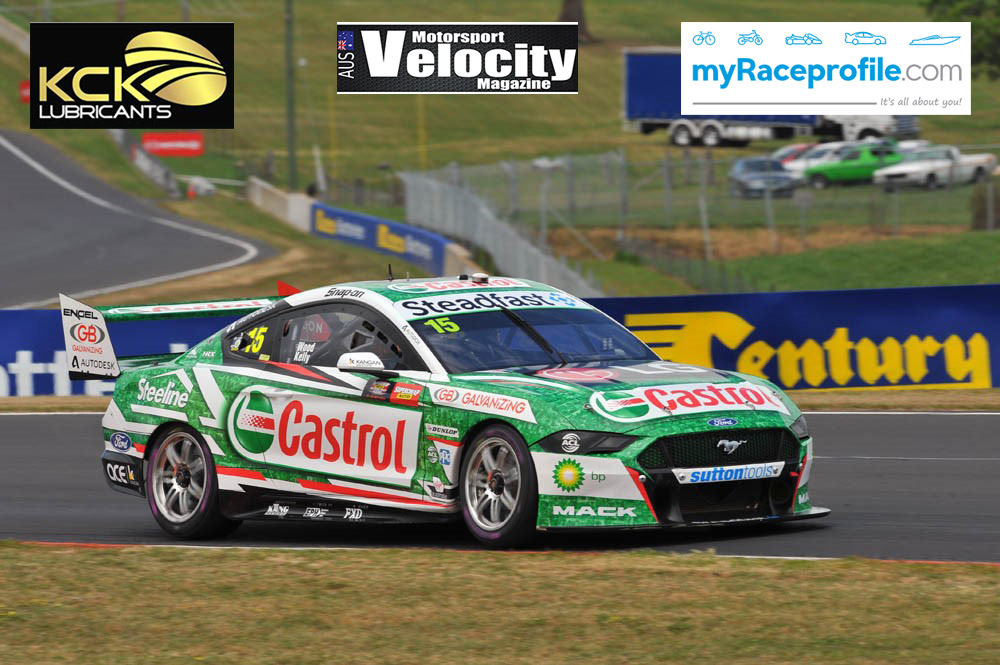 “While the 2020 season draws to a close so does my full time Supercars driving career. Firstly, I have really loved the opportunity to drive the Castrol backed Ford Mustang in its first year with Kelly Racing. There were many challenges put forward in 2020 with Covid and the Mustang program in its infancy at Kelly Racing which both have made on track results tough at times. It hasn’t been the fairy-tale ending that I would love to have gone out with, but I have to step off the merry-go-round at some point and i personally feel that the right time is now.”

“Whilst as a driver you always want to win, and externally your on-track results hold the biggest influence on your report card, and as you’d expect from any athlete, I’ll leave wanting more. But one thing’s for sure, I will step away satisfied with having always having given my best and never giving in, no matter how far back we were.”

“As a whole I’m proud of what we have achieved as a Team over the last decade. We have relentlessly pushed hard, worked directly with 3 different manufacturers and represented some of the most recognised brands in the world, and delivered some great programs off the track, from creating a talent search reality TV show through to having pictures of our fans ride with us at Bathurst.”

“I’d like that thank the Team at Kelly Racing, and also congratulate each and every team member for what they have been able to deliver this year. It’s been nothing short of impressive. I’d also like to thank all of the past team members that I have worked with over the last 20 years.  I have worked with so many great people in this sport. And massive thank you to all of the business partners that have supported me throughout my career both past and present.”

“One of the biggest contributors to our sport is the fans, and over the years I have enjoyed many great friendships from loyal supporters. Thanks to each and every one of you for having our back through thick and thin, your loyalty and passion was always appreciated.”

“I have had a solid hustle over the past 20 years in motorsport, never really sitting still. So as far as what the future holds for me personally, as I step away from Kelly Racing  I’ll firstly take some time to reflect on my decision and then go about planning a solid attack on the next chapter of my life, whatever that might be.”

“Well done to Rick on an outstanding career. He has had a big impact on the sport during his time as a driver and has not only had success on the track but been a leader in both fan and sponsor engagement.”

“Rick has also been a fantastic mentor to André and other young drivers with his approach to his role as a driver. It’s going to be quite different not having Rick driving full time, however everyone at Kelly Racing wishes Rick all the best with his future and congratulates him on a successful career in Supercars.”

“Rick has been a part of the Castrol family for two decades and he has been the consummate ambassador for the brand over that period. The contributions Rick has made to motorsport in Australia as both a driver and co-owner of a team are insurmountable and we are so proud to have been a part of his journey over the years.

“Rick’s dedication to the sport, to his team and to the fans is something that we value and align on. It’s what helped to further our relationship beyond a traditional Sponsorship – we are behind Rick on and off track supporting a number of his projects.

“We are so grateful to have had the good fortune to be able to foster that relationship and to see where it is now. To be on the car when he won in Winton was a truly spectacular moment for the team and for us. Watching the team develop their two new Mustangs has been fascinating and that’s something we are equally proud of contributing to.

“Rick and Kelly Racing’s passion and unique insights has established Castrol Racing as the team of the people. His devotion to engaging fans and professionalism in explaining the sport to a wider audience is outstanding and we thank him so much for his efforts in supporting Castrol over the years.

“The Castrol family wishes Rick all the best for wherever this journey takes him next and offer our thanks for his unwavering passion, enthusiasm and dedication to our brand.”