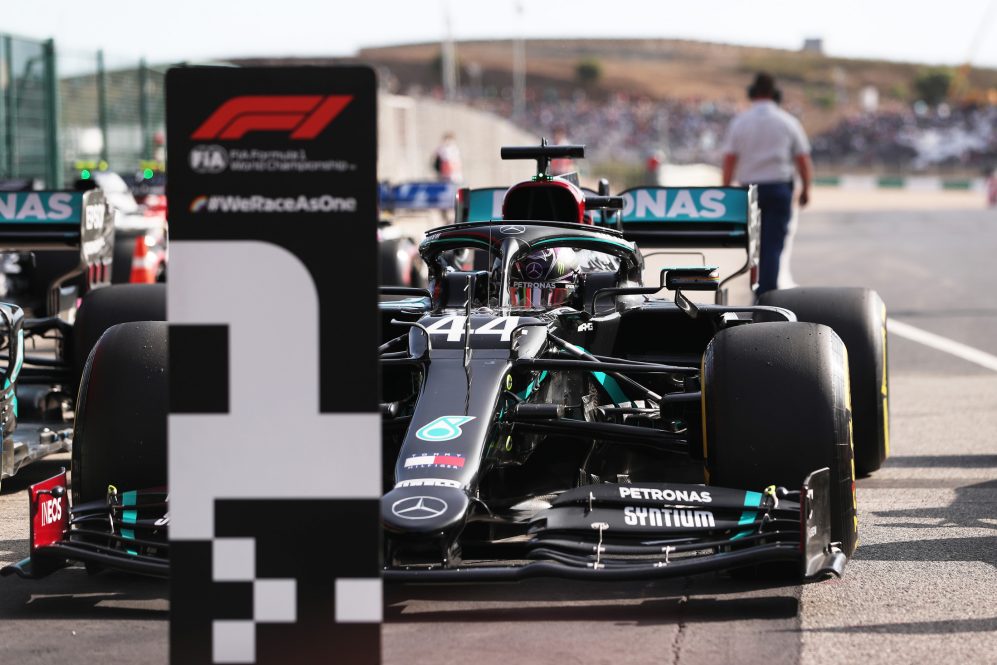 Lewis Hamilton snuck under the guard of Valtteri Bottas to claim pole position for the Portuguese Grand Prix. Bottas had topped the time sheets throughout practice and the opening stages of qualifying but fell just short of Hamilton’s time of a 1:16.652 after the British driver elected to run a second lap on the medium tyre.

“It’s amazing, I can’t tell you how hard that was today,” Hamilton said to F1.com. “I guess we have a great car, but you have to drive the nuts off it to pull out a lap.Valtteri’s been so quick this weekend, he’s topped every session, so I’ve just been digging and digging and digging and trying to find that extra time. It’s a really, really hardcore circuit, because you know… there’s places where you can’t see where you’re going, you’re looking at the sky for periods of time so understanding where your braking points are, there’s no reference when you’re looking at the sky and so it really is one of the most challenging circuits I think I’ve been to.”

Qualifying produced yet another surprise across a weekend that saw Pierre Gasly’s Alpha Tauro burn on the side of the track, Max Verstappen cop criticism for a tirade over the team radio after an incident with Lance Stroll on Friday, FP3 stopped after Sebastian Vettel had driven over and broke a section of grate, Renault come under fire for the incorrect use of 2021 Pirelli rubber in P1, and Race Steward Vitaly Petrov head back to Russia following the sudden death of his father.

Daniel Ricciardo had already qualified for the final session of qualifying when he pushed on another fast lap during the closing stages of Q2. He lost the rear of his Renault as he swept around the outside of his slow moving teammate and spun into the gravel at turn 11. The rear wing nudged into the tyre wall before Ricciardo gathered the car and drove back onto the circuit proper. Whilst a light touch, it was more then enough to prevent a run in Q3, which placed the Australian in 10th for the race.

“I spun,” Ricciardo told Sky Sports. “I don’t know. “The cars are quite sensitive, I had to get through a few lapped cars, they are off the race line, but turning and braking, it depends where the wind is coming from. I felt like as soon as I got in, I lost the rear but I’ll watch it again, and see if it was something I caused it from, but it’s done. It is obviously a shame, because when I lost it, I was OK, I’ll spin and get going again, but it kept going until I hit the barrier and damaged the rear wing.” 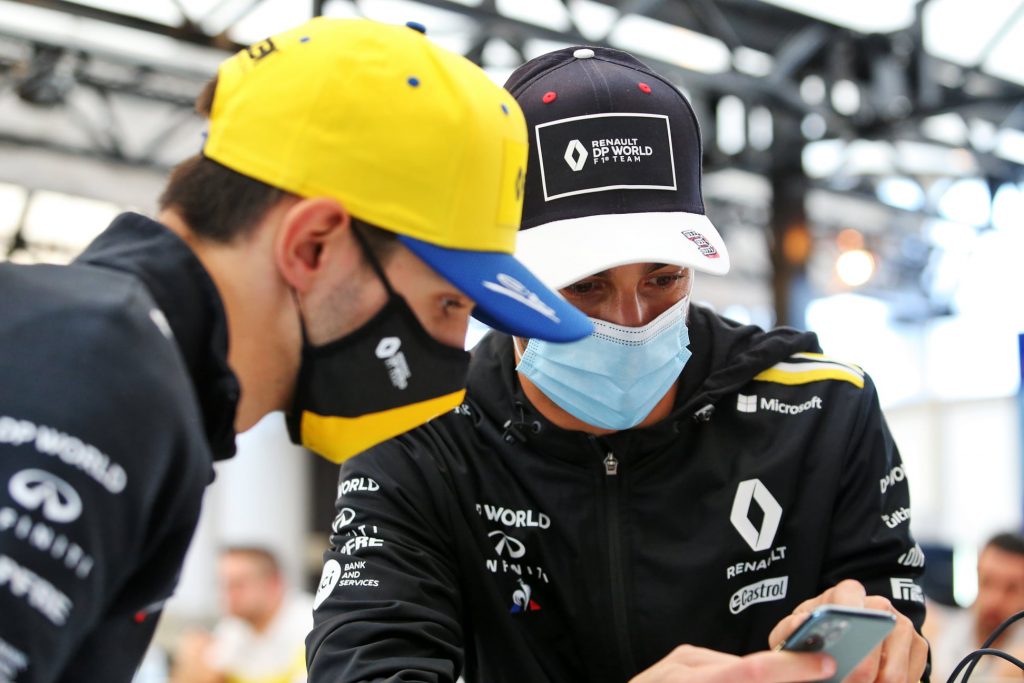 The first phase of qualifying saw George Russell strengthen his reputation in this mode as he bumped Kimi Raikkonen for Q2 with a last ditch effort in the Williams that secured 15th place. Raikkonen, Giovinazzi, Grosjean, Magnussen and Latifi were the four to drop out. Lewis Hamilton topped the session from Verstappen and Bottas. Gasly was 4th from Perez, Leclerc and Albon, while a last lap charge from Vettel saw the Ferrari jump from the relegation zone to 8th.

Teams elected to use a range of compounds for the opening phase of Q2, with the preferred medium tyre on the Mercedes and Ferrari cars, while the red walled soft tyre was chosen for the Renault and McLaren entries. Bottas moved back into P1 with a 1:16.466 with Hamilton and Verstappen just under 5/10ths of a second in areas. The McLaren were safely within in the top 10, while Renault was on shaky ground. Ricciardo sat on the cusp in 10th, while Ocon was out of contention in P11. Despite his incident late in the session, Ricciardo was through to Q3, along with Bottas, Hamilton, Verstappen, Perez, Sainz, Norris, Gasly, Leclerc and Albon.

Bottas seemed set to take pole position for the race after the first timed runs in Q3, with times a few tenths down on the previous session. A switch to mediums for the final minutes saw Bottas maintain his advantage after a single fast lap, while Hamilton stayed on the gas for one final run. It proved to be the difference as the World Champion toppled his teammate after the chequered flag.

Hamilton won the right to start from pole position from Bottas and Verstappen. Leclerc continued the Ferrari resurgence in 4th, from Perez, Albon, Sainz, Norris, Gasly and Ricciardo, who failed to record a time in Q3. The result places Hamilton in an excellent position to move ahead of Michael Schumacher as the driver with the most wins in Grand Prix history.